Young Viewers Meet Historical Figures When They Were Kids in New PBS KIDS Series, XAVIER RIDDLE AND THE SECRET MUSEUM 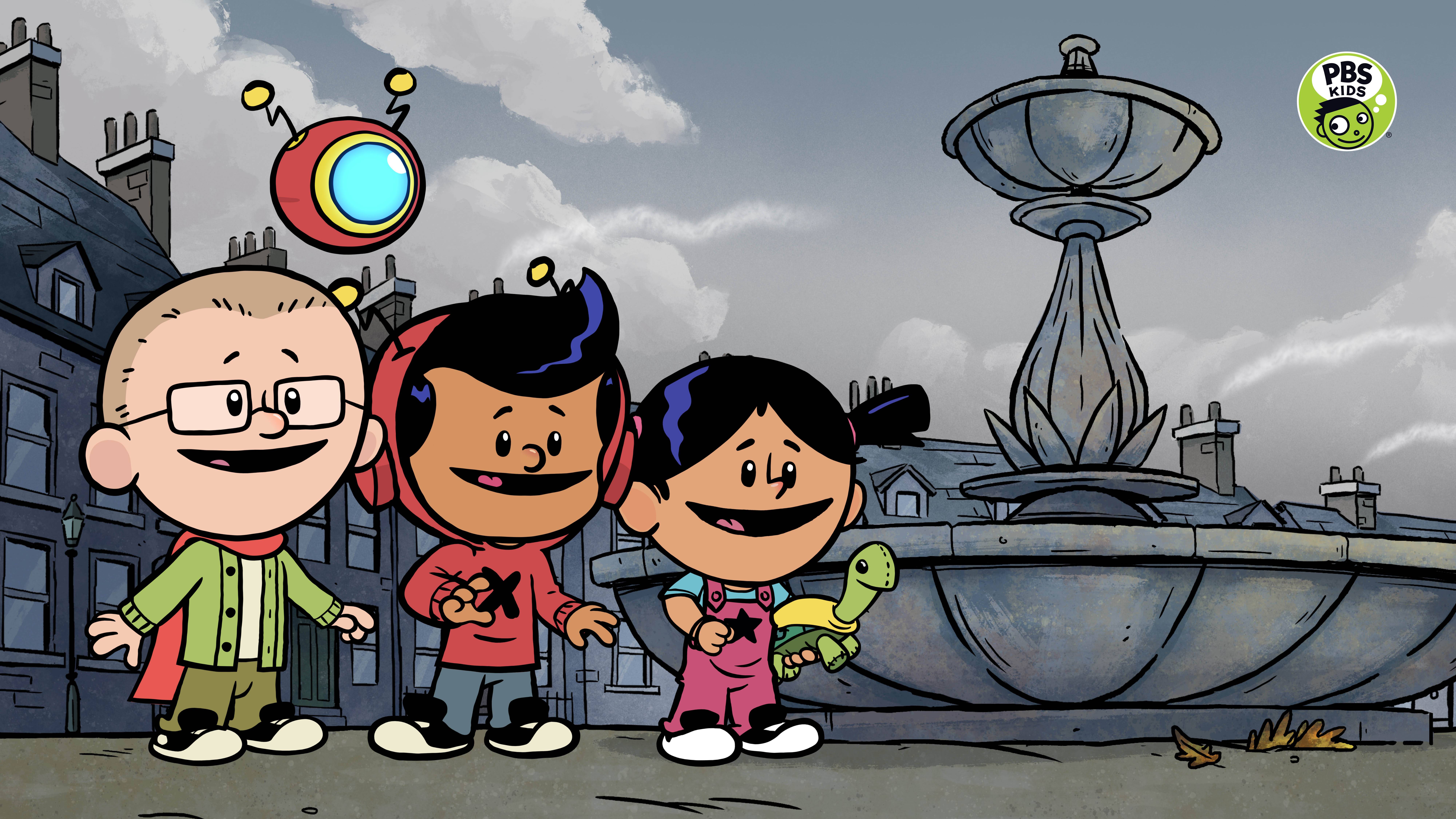 Arlington, VA, October 16, 2019 – Beginning Monday, November 11, young adventurers will get to go back in time to meet some of the world’s most inspiring historical figures – when they were kids – and learn about the character skills that helped shape their vision and lead to their success. XAVIER RIDDLE AND THE SECRET MUSEUM, a new animated adventure-comedy series based on the New York Times bestselling children’s book series, Ordinary People Change the World, by Brad Meltzer and illustrator Christopher Eliopoulos, debuts with five back-to-back episodes on PBS stations nationwide (check local listings), the PBS KIDS 24/7 channel and PBS KIDS digital platforms.

“Research shows that character skills are especially resonant with parents today,” said Linda Simensky, Head of PBS KIDS Content. “By introducing today’s kids to real people who changed the world, we hope XAVIER RIDDLE AND THE SECRET MUSEUM will help our viewers learn these concepts and discover that they too can achieve amazing things.”

“Our mission is clear: we’re instilling lessons of kindness, compassion and character in a new generation of kids,” said bestselling author and executive producer Brad Meltzer. “The best part is, we’re not doing it alone. We have the estates of Amelia Earhart, Neil Armstrong, Jackie Robinson, and so many others with us. XAVIER RIDDLE AND THE SECRET MUSEUM is our attempt to put more good in the world.”

XAVIER RIDDLE AND THE SECRET MUSEUM follows the adventures of the intrepid Xavier Riddle, his indomitable little sister Yadina and their reluctant, yet determined, friend Brad along with their robot buddy, Berby. In each episode, the trio faces a problem and must turn to the Secret Museum to travel back in time to meet real-life historical figures when they were kids to help them solve it.

The dynamic new show takes a fresh and accessible approach to teaching kids ages 4-7 about influential historical figures and living heroes and some of the key experiences that shaped their lives, while emphasizing important social emotional concepts and positive character traits such as courage, resilience, and commitment to setting and accomplishing goals. Each 11-minute story, developed with historical and subject-matter advisors, is designed to encourage viewers to make a connection between the attributes that made each person a hero and those same qualities within themselves, helping them recognize their own unlimited potential.

XAVIER RIDDLE AND THE SECRET MUSEUM debuts with five engaging, action-packed episodes that will introduce kids to George Washington Carver, Charles Dickens, Amelia Earhart, Zora Neale Hurston, and Helen Keller. Viewers will travel alongside Xavier, Yadina and Brad to meet the figures, whose own unique circumstances and knowledge assist the trio in solving a different modern and relatable problem – from learning to read to riding a bike and taking care of the planet. The full week of new episodes kicks off on November 11 with these five stories:

I am Helen Keller
Yadina becomes increasingly frustrated as she tries to read a book to Dr. Zoom, but has to keep stopping since it has words in it she doesn’t know. Learning to read is SO hard – she feels like she’ll never be able to do it. Xavier knows just what his little sister needs…to the Secret Museum! Our heroes travel back in time to meet someone truly incredible, who had to overcome a whole lot to learn how to do just about anything: Helen Keller. Watching Helen first learn what words are, then how to read, and finally how to speak, all in her own unique way, inspires Yadina to go home and try to find her own way to learn to read. Because, as Helen shows her, there are many different ways to learn.

I am Amelia Earhart
There’s a bike rodeo coming up and Brad can’t wait to sign up, until he realizes that the course isn’t training-wheel friendly. Uh oh. Brad can’t possibly ride his bike without training wheels, can he? To the Secret Museum! Xavier takes his pal back in time to meet someone who never backed down from a challenge: Amelia Earhart. Watching Amelia boldly chase her dream of soaring through the clouds as the first woman to cross the Atlantic Ocean solo convinces Brad that when there’s something you really want to do, even if it seems impossible, you just have to go for it.

I am Zora Neale Hurston
Xavier and Yadina are eager to read a new comic Brad has written, but Brad isn’t so sure he can share this particular story – it’s very personal. What should he do? To the Secret Museum! Our heroes are sent back in time to meet an exceptional storyteller: Zora Neale Hurston. We meet Zora listening to the tall tales being told on the porch of her corner store, before launching into a few tales of her own. Listening to Zora tell her own personal stories, and watching her light up as she does, helps Brad feel more comfortable with the idea of sharing his own story with his best friends. Because stories are best when you share them with others.

I am Charles Dickens
Yadina is left feeling bored on a rainy day after she’s already played with ALL her toys – there’s nothing left to have fun with. With no new toys to play with, there’s only one thing left to do. To the Secret Museum! Our heroes are sent back in time to meet someone who was seldom bored: Charles Dickens. After a playdate with a young Charles, which involves zero toys, but oodles of fun as they jump over “shark infested waters” and swim with a funny octopus named Fanny, Yadina realizes that she doesn’t need anything new to play with, because her imagination can make everything more fun.

In addition to the XAVIER RIDDLE AND THE SECRET MUSEUM series television premiere, kids, parents and teachers will be able to stream clips and full episodes across PBS KIDS’ video platforms, including the free PBS KIDS Video App. XAVIER-themed games will be available on pbskids.org and the free PBS KIDS Games App. To extend the learning at home, parent resources, including tips and hands-on activities, will be available on the PBS KIDS for Parents site. For educators, PBS LearningMedia will offer classroom-ready materials, including video excerpts, games, teaching tips and printable activities.