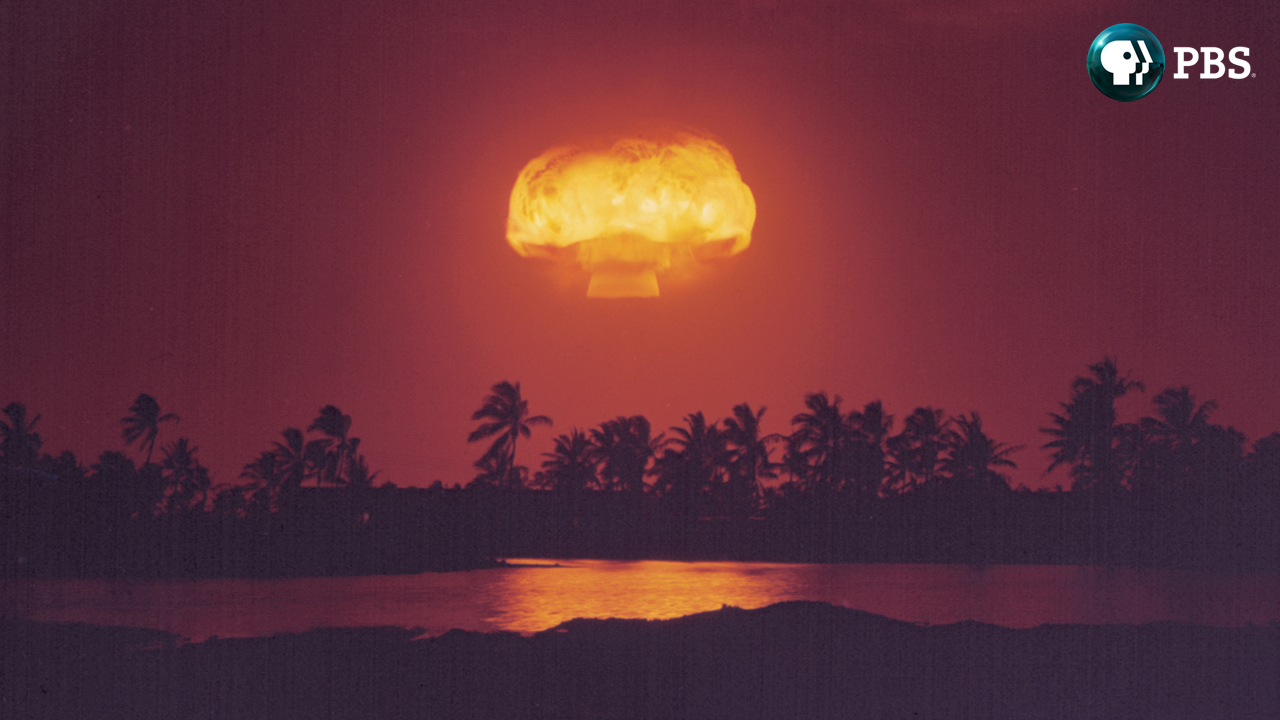 PASADENA, CA; January 19, 2015 — At the Television Critics Association’s Winter Press Tour today, PBS announced two new thought-provoking documentaries: THE BOMB, a history of nuclear weapons and how they shaped our world, and URANIUM – TWISTING THE DRAGON’S TAIL, an in-depth look at the chemical element used in nuclear weaponry, hosted by physicist and YouTube star Dr. Derek Muller. The documentaries are timed to coincide with the 70th anniversary of the first explosion of an atomic bomb, and the bombing of Hiroshima, essentially the dawn of the nuclear age. Both programs premiere in July 2015.

Using state-of-the-art transfer techniques to turn recently declassified images into vivid, jaw-dropping footage, THE BOMB tells a powerful story of the most destructive invention in human history. From the earliest testing stages to its use as the ultimate chess piece in global politics, the program outlines how America developed the bomb, how it changed the world and how it continues to loom large in our lives.

Viewers witness the raw power and strangely compelling beauty of rare and pristine images of above-ground nuclear tests. The documentary includes interviews with historians Richard Rhodes, Martin Sherwin, Robert Norris, Sergei Khrushchev and others, along with men and women who helped build the weapon piece by piece. Audiences also hear from former Secretary of State George Shultz and Secretary of Defense William Perry, who reveal how the bomb was viewed inside government circles, as well as those who hold firsthand memories of seeing the first mushroom clouds fill the skies.

This groundbreaking film provides captivating insights through its masterfully restored footage and its assemblage of voices who were there when the atomic age began.

In URANIUM – TWISTING THE DRAGON’S TAIL, host and physicist Dr. Derek Muller unlocks the mysteries of uranium, one of the Earth’s most controversial elements. Dr. Muller embarks on an epic journey across the globe to explain the fascinating details of uranium’s birth and life. Born from the collapse of a star, uranium has brought hope, progress and destruction. It has revolutionized society, from medicine to warfare. It is an element that has profoundly shaped the past, will change the future and will exist long after humans have left the Earth. Filmed on five continents, the two-hour program, produced by Emmy® Award-winning filmmaker Sonya Pemberton, delivers a gripping story of an ancient element’s footprint on the world.

“We are who we are because of uranium,” Muller says. “It unlocks the secrets of the universe and reveals the nature of reality. It’s both a dream of clean limitless power and a nightmare of a silent, poisoned Earth.”

“PBS is the place to untangle complicated issues like harnessing nuclear power and the use of destructive forces,” said Beth Hoppe, Chief Programming Executive and General Manager of General Audience Programming for PBS. “These two documentaries offer a chance to contemplate the indelible impact America’s nuclear age has had on our parents, grandparents and ourselves, and they will surely spark conversations in homes across the country.”

URANIUM – TWISTING THE DRAGON’S TAIL is written and directed by Wain Fimeri and developed and produced with support from SBS Australia, Film Victoria and Screen Australia. A Genepool production for PBS. Bill Gardner, Vice President, Programming & Development, oversees the project for PBS.