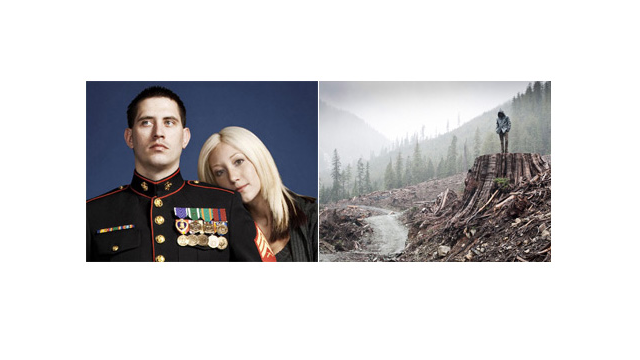 On January 24, the Academy of Motion Picture Arts and Sciences revealed the nominees for the 84th Academy Awards. Winners will be announced during a live telecast on Feb. 26. PBS congratulates INDEPENDENT LENS and POV, which each had a film nominated for Best Documentary Feature. POV also received a nomination for Best Documentary Short Subject, for "The Barber Of Birmingham: Foot Soldier of the Civil Rights Movement," which tells the story of Mr. James Armstrong, an African-American barber in Birmingham, Alabama, who experiences the fulfillment of an unimaginable dream: the election of the first African-American president.

INDEPENDENT LENS's "Hell and Back Again" follows one soldier's experience fighting the war in Afghanistan and recovering from a serious injury back in the U.S. The film premieres this May on PBS.

POV's "If a Tree Falls: A Story of the Earth Liberation Front” explores two of America’s most pressing issues — environmentalism and terrorism — by lifting the veil on a radical environmental group the FBI calls the country’s “number one domestic terrorism threat.” Daniel McGowan, a former member of the Earth Liberation Front, faces life in prison for two multimillion-dollar arsons against Oregon timber companies. What turned this working-class kid from Queens into an eco-warrior?