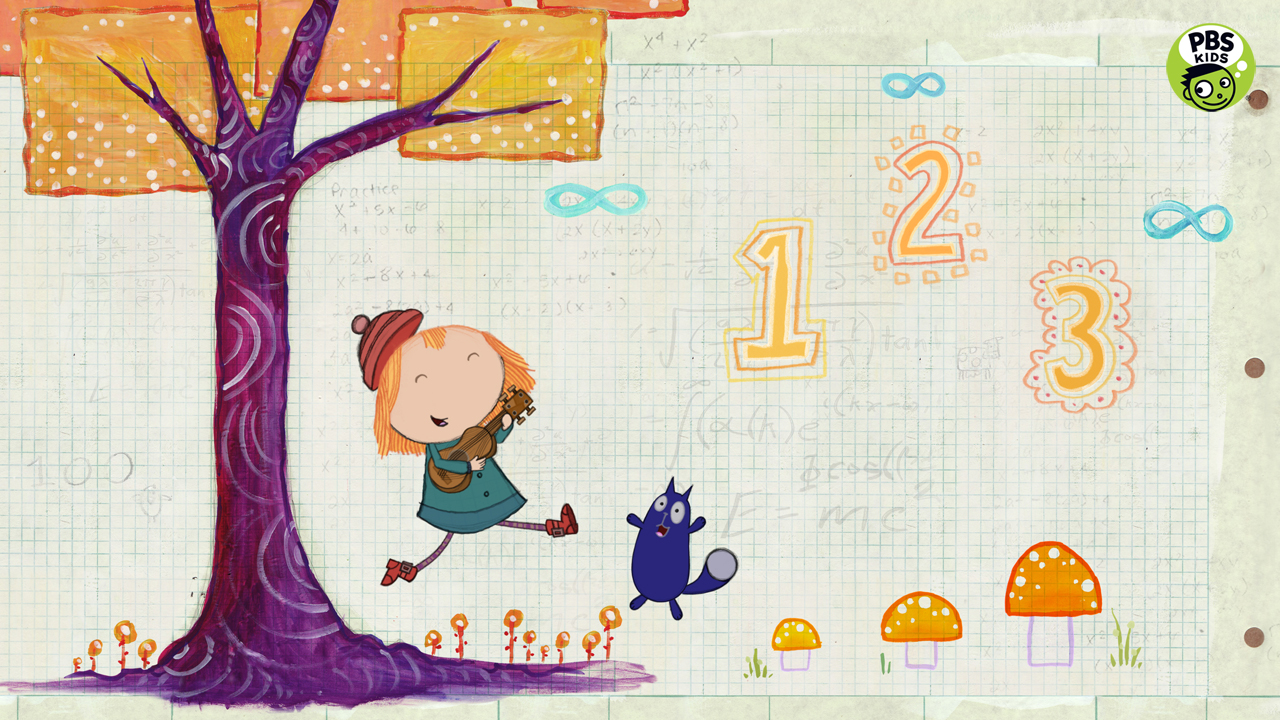 “We’re very excited to bring a whole new season of PEG + CATto PBS KIDS, where it’s been a big hit with kids and parents since it premiered in fall 2013, helping to empower girls from coast-to-coast,” said Paul Siefken, Vice President, Broadcast and Digital Media, The Fred Rogers Company. “New episodes will continue to showcase Peg and Cat’s joyful approach to problem-solving in each of their amazing musical adventures.”

“PEG + CATfurthers PBS KIDS’ mission to use the power of media to open worlds of possibilities for all children,” said Lesli Rotenberg, General Manager, Children’s Media, PBS. “Research shows that PEG + CAT’s content helps build children’s understanding of important math concepts, which play a critical role in preparing them for success in school and in life.”

Each episode finds the spirited Peg, Cat and their friends working together to overcome a challenge using their trusty math and problem-solving abilities. Upbeat music is woven throughout the show, and every story features a catchy original song. The series provides young viewers with a fresh new way to experience the key math skills needed to navigate everyday life. And since Peg doesn’t always get it right the first time, preschoolers also learn the value of learning from mistakes.

PEG + CAThas attracted a large and growing audience across both broadcast and digital platforms, incorporating a perfect combination of “girl-power” and “brain-power.” Peg, the show’s star, was recently recognized by Common Sense Media as one of TV’s Best Role Models of 2014. Peg also has been widely praised as a great S.T.E.M. (Science, Technology, Engineering and Math) role model for girls.

PEG + CATis co-created and executive produced by Jennifer Oxley (Little Bill, The Wonder Pets!) and Billy Aronson (Rent, Postcards from Buster) and produced by The Fred Rogers Company for PBS KIDS. Kevin Morrison of The Fred Rogers Company and Vince Commisso of production partner 9 Story Media Group also serve as executive producers. 9 Story, which distributes the popular series and manages licensing for the brand internationally, has secured distribution in more than 30 countries, providing even more opportunities for children around the world to tune in to the upbeat series. HiHat Media leads U.S. licensing initiatives for the brand.

9 Story is one of the industry’s leading creators, producers and distributors of award-winning animated and live-action content for young audiences around the world.  With one of North America’s largest animation studios based in Toronto, 9 Story has over 220 creative and production staff, and has produced over 900 half hours of quality children’s and family programming, seen on some of the most respected children’s channels around the world across multiple platforms.  The company’s distribution arm represents a growingcatalogue which includes several beloved brands such as Arthur, Wibbly Pig, Harriet the Spy: Blog Wars, Wild Kratts and Almost Naked Animals in addition to exciting new series such as Numb Chucks,Camp Lakebottom, Cache Craze, Daniel Tiger’s Neighbourhood and Nerds and Monsters. The company recently acquired CCI Kids, the family content division of CCI Entertainment, increasing 9 Story’s portfolio to over 1600 half hours of content with popular shows such as Guess How Much I Love You,Joe & Jack, Artzooka! and Extreme Babysitting. www.9story.com

About The Fred Rogers Company

The company was founded by Fred Rogers in 1971 as the non-profit producer of MISTER ROGERS’ NEIGHBORHOODfor PBS. In the years that followed, it not only created hundreds of episodes of this much-loved program, but also extended Fred’s values and approach to other efforts in promoting children’s social, emotional and behavioral health and supporting parents, caregivers, teachers and other professionals in their work with children. The Fred Rogers Company continues to build on Fred’s legacy in innovative ways through a wide variety of media, and engaging new generations of children and families with his timeless wisdom. The company’s highly-rated children’s TV series include DANIEL TIGER’S NEIGHBORHOOD and PEG + CAT as well as ODD SQUAD, a live-action series for school-age children that premiered on PBS KIDS in November 2014. For more information, visit www.fredrogers.org.