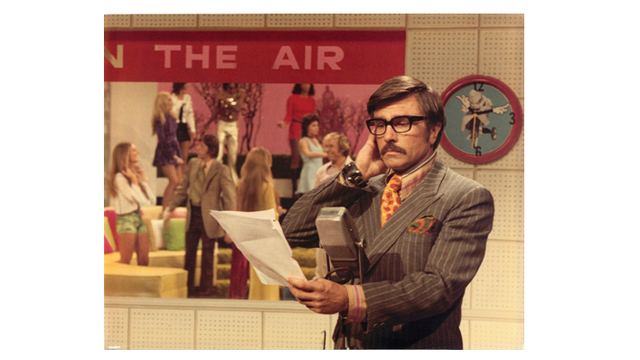 – A Look Back at the Comedy Series That Transformed Television –

Before Saturday Night Live, The Daily Show or The Colbert Report, there was Rowan and Martin’s Laugh-in, one of the most revolutionary television shows of all time.  From 1968 until 1973, Laugh-in frequently was seen by 50 million viewers, capturing the zeitgeist of the era with its anarchic energy and pop aesthetic.  Combining the blackout comedy of the vaudeville tradition with a 1960s-style “happening,” psychedelic costumes, graphics, graffiti, outrageous characters, and a new political awareness, Laugh-in became one of the most popular shows in history.  THE BEST OF LAUGH-IN is a delightful tribute to the comedy-variety program, which not only transformed television but became an important training ground for an entire generation of young writers and comic talent.  THE BEST OF LAUGH-IN is part of special programming premiering on PBS stations beginning March 5, 2011 and airing throughout the month (check local listings).

In an age of “sit-ins,” “love-ins” and “teach-ins,” NBC presented a “Laugh-in,” which somehow bridged the generation gap. Originally a one-shot special, Laugh-in was an immediate hit and quickly became the highest-rated series of the late 1960s and early 70s. In a decade of shouted slogans, bumper stickers, and protest signs, Laugh-in translated its comedy into bursts of topical one-liners hurled helter-skelter at the TV audience. Many of these lines became popular catch phrases, including “Sock it to me,” “Here come de Judge,” “You bet your sweet bippy,” and “Look that up in your Funk and Wagnalls.”

THE BEST OF LAUGH-IN revisits the 60s and explores how this game-changing show broke down the traditional separation of comedy, musical performance, and dramatic interludes which marked most earlier variety shows. Dan Rowan and Dick Martin, successful Las Vegas entertainers, sought to orchestrate the proceedings but were constantly swamped by the flow of sight gags and eccentric performances surrounding them. Similarly, guest stars played no privileged role here. Everyone seemed to want to appear on Laugh-in, with guests on one memorable episode including John Wayne, Jack Lemmon, Sammy Davis Jr., Kirk Douglas, and even the Reverend Billy Graham and presidential candidate Richard Nixon.

Says producer/creator George Schlatter, “Laugh-In was a free fall of television without a net.  It was dangerous.  It was controversial.  It was totally unpredictable and always funny.”