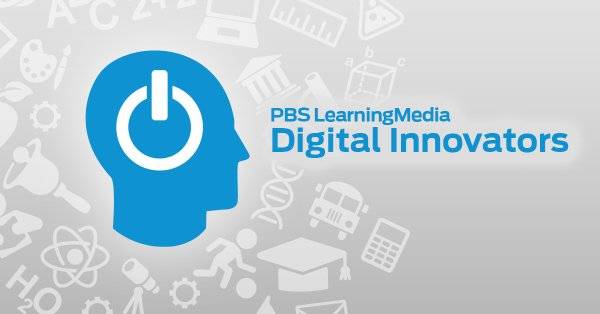 Arlington, VA, April 12, 2016 – PBS has announced the members of the 2016 PBS LearningMedia Digital Innovators Program, now in its fourth year. PBS LearningMedia, the free media on-demand service that offers more than 120,000 digital resources for teachers, is honoring educators from across the country who exemplify excellence in using technology and digital media to support student learning. A panel of esteemed judges selected 52 educators from throughout the U.S, its territories and the District of Columbia, as Lead Innovators, representing almost every state and Washington D.C., a first in the program’s history.

“This year we received a record number of applications from qualified teachers from across the country and we are excited to welcome this new class of digitally savvy educators to our growing group of leaders,” said Alicia Levi, Vice President, PBS Education. “Education for learners of all ages is at the core of PBS’ mission, and we are committed to providing teachers and students with the tools and content necessary to succeed in today’s digital classroom. I look forward to working alongside this group as they continue to engage and empower the next generation of students.”

As America’s largest classroom, PBS offers digital content and services for teachers of children from pre-K through 12th grade that help bring classroom lessons to life. PBS LearningMedia, a partnership of PBS and WGBH Educational Foundation, is a free and paid media-on-demand service offering educators access to the best of public media and delivers research-based, classroom-ready digital learning experiences to engage students in exploring curriculum concepts that align with National and Common Core State Standards. Nationwide, more than 1.8 million teachers and users have registered access to more than 120,000 digital resources available through PBS LearningMedia. More information about PBS LearningMedia is available at www.pbslearningmedia.org or by following PBS LearningMedia on Twitter and Facebook.