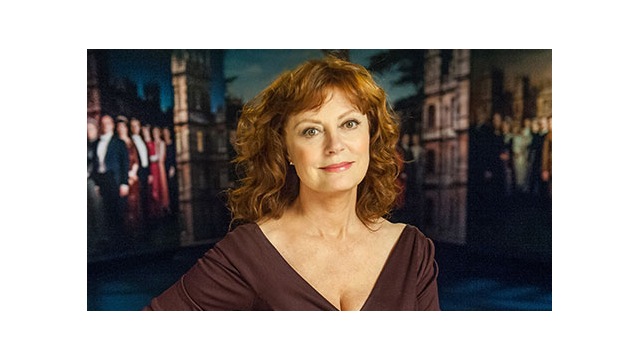 ARLINGTON, VA; October 10, 2013 -- A welcome treat for millions of viewers eagerly awaiting the debut of the new season of “Downton Abbey” on MASTERPIECE on PBS on January 5, 2014, RETURN TO DOWNTON ABBEY savors fond memories from the past three seasons and offers a tantalizing taste of Season 4 from the series The New York Times called “an instant classic.” Hosted by Academy Award®-winning actress Susan Sarandon — a devoted fan of the series who especially admires the writing of fellow Oscar®-winner Julian Fellowes — the program includes a mix of behind-the-scenes footage, interviews with creators and cast members, and video clips of favorite moments. RETURN TO DOWNTON ABBEY premieres Sunday, December 1, 2013 at 9:00 p.m. ET on PBS (check local listings).

“We invite viewers to dive back into the Roaring Twenties as excitement for the new season continues to grow,” said Beth Hoppe, Chief Programming Executive and General Manager of General Audience Programming for PBS. “This special shines a light on the most compelling aspects of ‘Downton Abbey’ and previews the intriguing things to come.”

“Downton Abbey,” a Carnival Films/MASTERPIECE Co-Production, has captivated viewers worldwide, each season building on the love affair with the series that began three years ago. Over the years audiences have witnessed the Crawley family gripped by wrenching social change, romantic intrigues and personal crises. Last season saw the family experience great joy and profound sadness, leaving viewers to ponder these and other questions:

Interviews with creator and writer Julian Fellowes and executive producer Gareth Neame provide an overview and context for the series and the upcoming season, which is sure to include more drama, rivalry, intrigue, jealousy, ambition and romance. Also interviewed is Rebecca Eaton, MASTERPIECE executive producer, who comments on the phenomenal success of “Downton Abbey” in America.