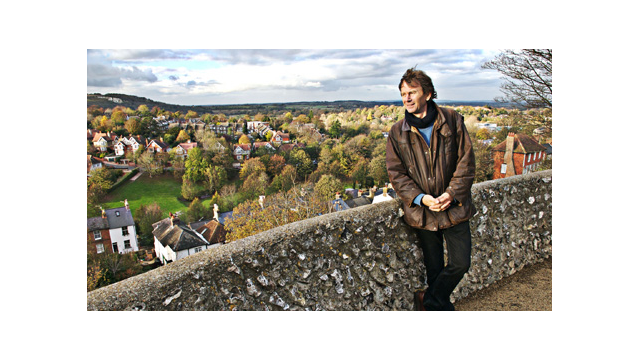 ARLINGTON, VA, MAY 23, 2012 -- The mega-hit “Downton Abbey” made all things British cool again in America. With much of the world focused on Queen Elizabeth II’s Diamond Jubilee in June and the London Olympic Games starting in July, PBS presents a summer of programs exploring the stories of England past and present, new episodes of esteemed British mysteries and the return of two fan favorites. In September, PBS presents the runaway BBC hit, CALL THE MIDWIFE, a new drama that depicts midwifery in 1950s London, leading into MASTERPIECE CLASSIC “Upstairs Downstairs.”

“This summer, as the world’s attention turns to London, viewers can delve into the fact and fiction of all things British through four fascinating history shows and a new season of MASTERPIECE MYSTERY! It’s just a warm up for the fall, when PBS turns Sundays into a destination for drama with back-to-back episodes of the hit CALL THE MIDWIFE paired with MASTERPIECE CLASSIC ‘Upstairs Downstairs’,” said John F. Wilson, Senior Vice President & Chief TV Programming Executive.

QUEEN & COUNTRY,Sundays, July 1-22, 8:00-9:00 p.m. ET – This summer, all eyes are on Queen Elizabeth II, Britain’s second longest-reigning monarch, as she marks her Diamond Jubilee. PBS celebrates her 60 years on the throne with Trevor McDonald’s QUEEN & COUNTRY, offering viewers a look at the customs surrounding the monarchy – from Changing  the Guard at Buckingham Palace to the Queen’s royal visits — and tours of historic royal places.

MICHAEL WOOD’S STORY OF ENGLAND, Tuesdays, July 3, 8:00-10:00 and July 10-17, 8:00-9:00 p.m. ET – Historian Michael Wood filters the 2,000-year history of England through the story of one small town located in the heart of the country: Kibworth, Leicestershire. From the Roman era to the Norman Conquest, the Black Death, the English Civil War, the Industrial Revolution and World War II, the four-part series intertwines the local and national narratives, marking the milestones that changed the town and country forever.

MASTERPIECE MYSTERY! presents new episodes of its best British mysteries. With the premiere of “Endeavour,”Sunday, July 1, 9:00-10:30 p.m. ET, viewers get the back story of famed detective Inspector Morse. Shaun Evans stars as the rookie constable who nearly resigns, until a murder turns up that only he could solve. Then Kevin Whately and Laurence Fox return as Inspector Lewis and DS Hathaway in “Inspector Lewis, Series V.” In four new episodes, airing Sundays, July 8-29, 9:00-10:30 p.m. ET, the two tackle murder and mayhem in seemingly perfect academic haven of Oxford.

British Favorites Return to PBS: QUEEN VICTORIA’S EMPIRE, Tuesdays, June 19-26, 2012, 8:00-10:00 p.m. ET, takes a look at England’s transformation from a small island nation into an industrial superpower. With personal accounts and lush re-enactments, it is a story of influential men and a powerful queen who ruled over one-fifth of the world’s population for a remarkable 64 years.

MONARCHY: THE ROYAL FAMILY AT WORK, Mondays, June 11, 2012, 9:00-11:00 p.m. ET and June 18-July 9, 10:00-11:00 p.m. ET, provides an exclusive look inside the modern British monarchy. As she turned 80, Queen Elizabeth II allowed creation of this intimate series, which shows the commonwealth’s most famous family as they travel abroad, work at the palace and meet people from all walks of life.

This Fall on PBS:

CALL THE MIDWIFE, Sundays, September 30 to November 4, 2012, 8:00-9:00 p.m. ET – Based on the best-selling trilogy by the late Jennifer Worth, CALL THE MIDWIFE is a fascinating portrayal of birth, life and death in a world drastically different from ours. This six-part series offers an unconventional twist to Sunday-night British dramas and brings mid-20th-century London to life, focusing on the joys and hardships of a group of midwives working in London’s East End.

MASTERPIECE CLASSIC “Upstairs Downstairs,” Season 2Sundays, October 7 to November 11, 2012, 9:00-10:00 p.m. ET The saga continues at 165 Eaton Place, with new characters upstairs and down, in a six-part sequel to the much-loved MASTERPIECE series from the 1970s. Set in 1936, the lives of masters and servants have never been so captivating, as two new arrivals make their mark and Lady Agnes reveals a dark secret. Alex Kingston (“ER,” “Doctor Who”) joins the cast. The six-part series follows MIDWIFE, starting October 7. Viewers can catch up on the first season with a three-hour marathon September 30.

PBS, with its nearly 360 member stations, offers all Americans the  opportunity to explore new ideas and new worlds through television and  online content. Each month, PBS reaches nearly 123 million people  through television and more than 21 million people online, inviting them   to experience the worlds of science, history, nature and public  affairs; to hear diverse viewpoints; and to take front row seats to  world-class drama and performances. PBS’ broad array of programs has  been consistently honored by the industry’s most coveted award  competitions. Teachers of children from pre-K through 12th grade turn to   PBS for digital content and services that help bring classroom lessons   to life. PBS’ premier children’s TV programming and its website, pbskids.org,   are parents’ and teachers’ most trusted partners in inspiring and  nurturing curiosity and love of learning in children. More information  about PBS is available at www.pbs.org, one of the leading dot-org websites on the Internet, or by following PBS on Twitter, Facebook or through our apps for mobile devices. Specific program information and updates for press are available at pbs.org/pressroom or by following PBS Pressroom on Twitter.