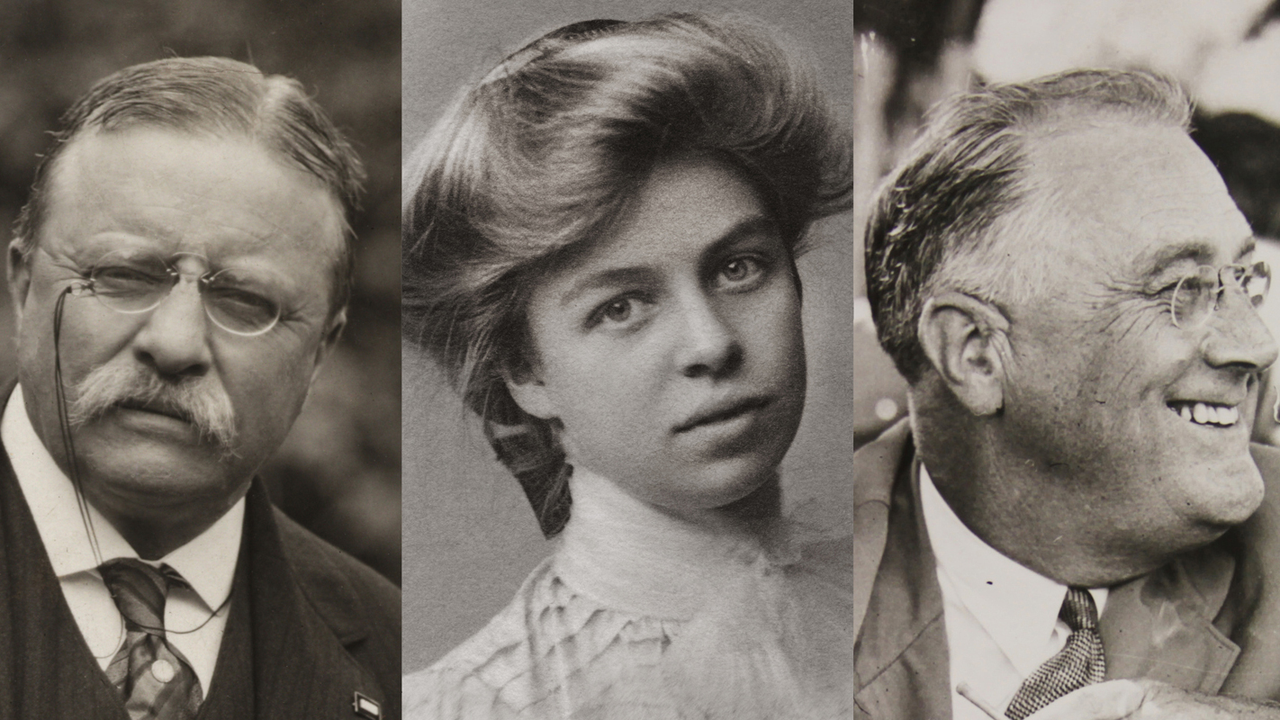 BEVERLY HILLS, CA; July 22, 2014 -- Ken Burns’s upcoming film, THE ROOSEVELTS: AN INTIMATE HISTORY, marks the first time the Roosevelts’ individual stories have been woven into a single narrative, following the family’s story for more than a century, from Theodore’s birth in 1858 to Eleanor’s death in 1962. Over the course of those years, Theodore would become the 26th president of the United States and his beloved niece, Eleanor, would marry her fifth cousin, Franklin, who became the 32nd president. Together, they redefined the relationship Americans had with their government and with each other, and redefined, as well, the role of the United States within the wider world.

The first 2-hour episode will premiere on PBS stations, Sunday, September 14th (8:00 p.m. ET) and the entire series can be streamed on station websites and PBS station branded digital sites beginning the day after the broadcast premiere.

THE ROOSEVELTS is written by long-time Burns collaborator Geoffrey C. Ward, who is an authority on Franklin Roosevelt. The author of two biographical volumes, A First-Class Temperament and Before the Trumpet, he is also the editor of Closest Companion, which revealed for the first time Roosevelt’s close friendship with his distant cousin, Daisy Suckley. Ward’s interest in FDR grew in part from the fact that he, like FDR, is a polio survivor.

“THE ROOSEVELTS is Ken Burns at his best. This is a family history that is a sweeping drama, rich with stories of personal and political power, sex, love and death,” said Beth Hoppe, PBS Chief Programming Executive and General Manager, General Audience Programming. “We have worked together with PBS member stations to accommodate a wide-range of viewing and recording habits, including special opportunities for viewers who like to ‘epic binge.’ Through these efforts, we hope to connect even more viewers with the film and our PBS member stations.”

The first episode of THE ROOSEVELTS will premiere on Sunday, September 14th from 8:00 to 10:00 p.m. (ET) and run for seven consecutive nights. In addition, each episode will be repeated from 10:00 p.m. to 12:00 a.m. (ET) each night and will have a weekend, daytime marathon September 20th and 21st. An additional repeat is planned in spring 2015.

To support the film, WETA, the Washington, D.C. public television station that produces Burns’s films, in partnership with PBS and others, will create an ambitious educational engagement campaign that utilizes the stories of the Roosevelts to engage students — and all Americans — in better understanding some of the most critical periods of history of the 20th century.

About WETA
WETA Washington, DC, is the third-largest producing station for public television. WETA’s other productions and co-productions include PBS NEWSHOUR, WASHINGTON WEEK WITH GWEN IFILL, THE KENNEDY CENTER MARK TWAIN PRIZE, IN PERFORMANCE AT THE WHITE HOUSE, THE LIBRARY OF CONGRESS GERSHWIN PRIZE FOR POPULAR SONG and documentaries by filmmaker Ken Burns, including THE CIVIL WAR, THE WAR, THE NATIONAL PARKS: AMERICA’S BEST IDEA, THE TENTH INNING and PROHIBITION. More information on WETA and its programs and services is available at www.weta.org.