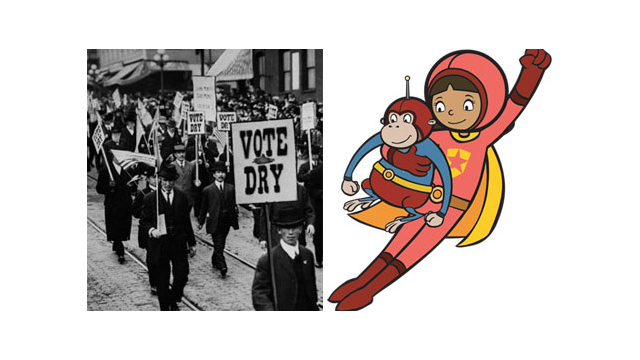 In addition to the CINE Golden Eagle Award, these films are now eligible for the CINE Special Jury Award, which recognizes the best film in each CINE category from the 2012 CINE Spring and Fall Competitions and will be presented in 2013. For more information about CINE, visit www.cine.org.

PROHIBITION* - Florentine Films and WETA for PBS From Ken Burns and Lynn Novick, discover the true story of America’s “Great Experiment” — the 18th Amendment to the U.S. Constitution outlawing alcohol.

REDISCOVERING ALEXANDER HAMILTON - Manifold Productions for PBS Explore the legacy of Alexander Hamilton and examine what made him a great man.

STEVE JOBS: ONE LAST THING - Pioneer Productions for PBS Gain unique insight into what made Steve Jobs tick. There has been near-universal agreement that the late Apple founder was a great innovator in business and technology, but why was he great? What were the influences that shaped his character and drove him to such success from humble beginnings?

TURNING THE TIDE - Louisiana Public Broadcasting It is the largest coastal ecosystem in the Continental U.S. Yet, this fragile delta is experiencing the fastest rate of land loss on earth. Can innovative strategies save the vital Gulf Coast region in time?

WORDGIRL* - Soup 2 Nuts and Scholastic Media for PBS KIDS GO! In this PBS KIDS GO! Series, follow the adventures of Becky Botsford, a mild-mannered fifth grader who, at the call of duty, transforms into WordGirl - caped crusader and definition dynamo.
* Special Recognition for Televised Series