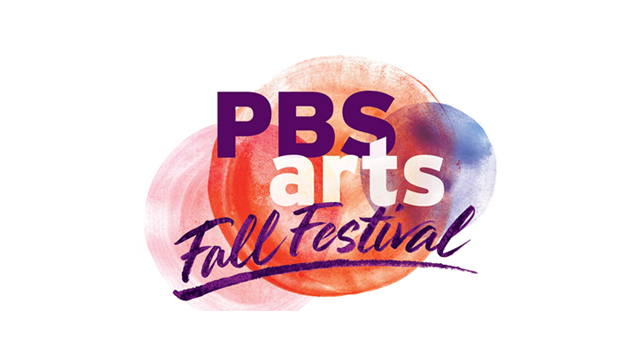 PBS Press Tour, Los Angeles, CA, July 30, 2011 – PBS President and CEO Paula Kerger unveiled today a slate of new short films on cultural aspects of seven American cities, to be broadcast nationally within this fall’s PBS Arts Fall Festival programs. Kerger says the film series, which she announced at the Television Critics Association’s Press Tour, is an unprecedented move to give a national audience a sampling of artistic stories from around the country. With topics ranging from the post-grunge Seattle rock scene to Chicago’s architectural future, and from the craftspeople of the Blue Ridge Mountains to Miami’s Haitian and Cuban artists, the films paint a vibrant picture of contemporary American arts and culture.

“With our PBS Arts Fall Festival featuring performances from communities coast to coast, we felt it made perfect sense to dig deeper and show the cultural infrastructure and artistic innovations those areas have inspired,” said Kerger. “As part of our ongoing commitment to give Americans a front-row seat to the best performing arts, we’re showcasing an exciting spectrum of what is happening at the community level throughout the country.”

The PBS Arts Fall Festival is a multi-platform event anchored by nine broadcasts on Friday nights, starting October 14, and a range of related online content. (NOTE: Only seven of the broadcasts include short films.) The Fall Festival features artists and performances from across the country, with celebrity hosts from each locale. Comprising full-length productions, behind-the-scenes interviews, and artist and performer profiles, the PBS Arts Fall Festival will be complemented by these short films and by additional content available exclusively on the PBSArts.org website.
PBS member stations that serve as presenters for each of the Fall Festival shows were invited to develop documentary-style films about unique aspects of their local cultural scenes. As the broadcasts they accompany vary in length, so do the films, running from seven to 15 minutes. Producers and directors from each city and member station developed film treatments, pitched ideas to PBS, and handled filming and post-production locally.

The host cities, films and topics include:

Friday, Oct. 14, 2011, 9:00 p.m. EST PBS Arts From Minnesota: GILBERT AND SULLIVAN’S HMS PINAFORE
Home to tens of thousands of artists and 1,700 arts organizations, Minnesota’s artistic landscape has always attracted people who make their livings in the arts. The inculcation of the arts into everyday life here fostered a movement that made Minnesota the only state whose citizens voted to write arts funding into the state constitution. This extraordinary show of support for the arts underscores Minnesotans’ commitment to establish an arts and cultural legacy for future generations. The film from Twin Cities Public Television explores how the state’s diverse arts community began decades ago with visionaries who invested in and guided arts institutions to become successful businesses and world-class organizations.

Friday, Oct. 21, 2011, 9:00 p.m. EST PBS Arts From Seattle:  AMERICAN MASTERS “Pearl Jam Twenty”   Pearl Jam. Nirvana. Soundgarden. Alice in Chains. In the 1990s, Seattle crashed the music party on a wave called grunge. What's it like to make music in the Emerald City 20 years after Pearl Jam’s seminal album, Ten? PBS member station KCTS 9 looks at the camaraderie and creativity that make Seattle a wellspring for groundbreaking musical talent. See and hear the local scene through the DJs, independent label reps and musicians (The Head and the Heart, Macklemore, Grand Hallway) who are taking the city in new directions and find out why, despite the lure of Seattle's legendary past success, it's more important to make it here than to make it big.

Friday, Nov. 4, 2011, 9:00 p.m. EST PBS Arts from the Blue Ridge Mountains: GIVE ME THE BANJO   Out of both necessity and ingenuity, the handcrafting of tools and household items helped sustain the people and the culture of the remote Blue Ridge Mountains for centuries. Today these crafts continue in both their most traditional forms and in bold interpretations that veer toward contemporary art. This film from PBS member station UNC-TV explores the work of four Blue Ridge Mountain artists — wood carver Davy Arch, metal worker Bill Brown, potter Mark Peters and basket maker Billie Ruth Sudduth — capturing the traditions of their crafts while tapping into the creative forces that inspire more abstract expressionism.

Friday, Nov. 11, 2011, 9:00 p.m. EST PBS Arts From Chicago:  AMERICAN MASTERS “Bill T. Jones: A Good Man”
Chicago is an artistic powerhouse — with world-class theater, symphony, opera and contemporary music — and the birthplace of sketch comedy. But the setting for this art is an achievement in itself. The world’s first skyscrapers were built here, and many noteworthy buildings were designed by a who’s-who list of great architects: Frank Lloyd Wright, Mies van der Rohe, Renzo Piano and Frank Gehry, to name a few. This short film from PBS member station WTTW highlights a new architect on the scene, Jeanne Gang of Studio Gang Architects, highlighting her work style and current projects and her early triumphs, including the award-winning Aqua skyscraper. Framed by the city’s extraordinary architectural legacy, the film shows how Gang and her firm represent Chicago’s future.

Friday, Nov. 18, 2011, 9:00 p.m. EST PBS Arts From Cleveland: WOMEN WHO ROCK
Most people recognize the power of art to enlighten and inspire individuals and even entire communities. But most of us don’t have a clue how to pay for it. In the early 20th  century, renowned institutions like the Cleveland Museum of Art and the Cleveland Orchestra would “take Mrs. Rockefeller to lunch” — a metaphor for convincing wealthy patrons to write a check. These days, the wealthy patrons are long gone. This short film from PBS member station WVIZ/PBS ideastream ® shows how Clevelanders not only moved to recognize the powerful resource of their cultural traditions, but also discovered an innovative way to keep them alive.

Friday, Dec. 16, 2011, 9:00 p.m. EST PBS Arts From San Francisco:  GREAT PERFORMANCES “The Little Mermaid from San Francisco Ballet”
San Francisco traditionally has attracted misfits, oddballs and eccentrics — in other words, the perfect place for artists! Whether they’re bred here or have journeyed here in search of their “true selves,” artists find that the frontier edge of the Bay Area nurtures creativity and innovation and frees them to give full expression to unique voices and visions. Rather than conform to an arts establishment, artists here create against the grain and off the beaten track. PBS member station KQED’s mini-documentary explores the renegade characteristic of Bay Area arts, revealing artists who are quirky, rebellious and visionary.

News regarding the ninth program in the PBS Arts Fall Festival is forthcoming.  Funding for the launch of PBS Arts has been provided by Anne Ray Charitable Trust, public television viewers and PBS.