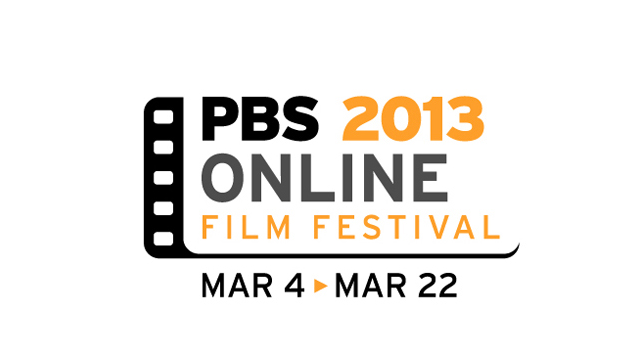 “PBS is committed to providing access to the best in independent filmmaking, in short and long form, online and on-air. The Online Film Festival is a great example of how PBS can leverage the web’s reach to showcase the terrific work of our producing partners, including PBS member stations,” said Jason Seiken, PBS SVP and General Manager, Digital. “We see the Online Film Festival as another example of how PBS and our partners are innovating and experimenting with different formats and platforms to deliver great content.”

Viewers will have the opportunity to vote for their favorite short film from March 4 through March 22; the film with the most votes will receive the People’s Choice Award.

More information and a preview video for the PBS Online Film Festival can be found at pbs.org/filmfestival. For updates on the festival, follow #PBSolff on Twitter.

“Can’t Hold Me Back” The film follows Fernando Parraz as he becomes the first in his family to earn a high school diploma — his ticket out of the struggles of inner-city poverty and violence. With a mountain of roadblocks stacked against his educational achievement, Fernando finds support from an unlikely figure: his father — a former gangster who has suffered the costs of his own mistakes.

“Story of an Egg” Can learning the meaning of a single term actually help change the food system? David Evans and Alexis Koefoed think so. These poultry farmers explain the real story behind such terms as “cage free,” “free range” and “pasture raised” so that consumers can make informed decisions when they go to their local supermarket.

POV “Ars Magna” Nominated for a News and Documentary Emmy® Award, “Ars Magna” enters into the obsessive and fascinating world of anagrams with a man who took the first three lines of Hamlet’s “To Be or Not to Be” and created what has been called “the world’s greatest anagram.”

“CatCam” An engineer straps a camera on a stray cat in North Carolina and inadvertently creates a media sensation.

“Sound of Vision” A blind musician spends his waking hours confronting the hurdles and embracing the cacophony of “The City That Never Sleeps” — New York — which he will never see.

“Indian Summer” This short documentary brings together first generation Indian American youth with similar feelings of alienation to document their religious and cultural point of view.

Vision Maker Media “Hoverboard” After watching Back to the Future 2, an imaginative young girl and her stuffed teddy bear try to invent a real working hoverboard.

Vision Maker Media and ITVS “Injunuity : Buried” “Injunuity” is a unique mix of animation, music and real thoughts from real people exploring our world from the Native American perspective. “Buried” shares Oblone activist and educator Corinna Gould’s reflection on the destruction of sacred shell mounds in the San Francisco Bay Area of California.

“Asylym – Skye” Skyle Tenevimbo stood up to Robert Mugabe and her actions brought unwanted attention to her family back in Zimbabwe.

Pacific Islanders in Communication (PIC) “Lina’la’ Lusong” Unshaken by centuries of colonial conquest and the changing tides of occupation, the lusong has endured to heal and feed the people of the land, and to impart a sacred lesson of survival.

“The House I Keep” A short film about a young woman’s emotional struggle to come to terms with her miscarriage.

KLRU (Austin) “Noc na Tanecku (Night at the Dance)” A profile of the last days of a Czech dance hall in rural Texas—and the old-timers who come there to polka.

“Mijo” An evocative portrayal of a mother and child’s intimate relationship in the midst of life-altering medical events.

“The Longest Sun” A narrative short film inspired by the mythology of the Tewa peoples of northern New Mexico is told entirely in the endangered language of Tewa (less than 500 native speakers remain). The film follows a young Tewa boy who sets out on a mythical journey to stop the sun from setting.

PBS SoCaL (Los Angeles) “Breathe Life” The Montelone family must fight cystic fibrosis every day, but their passion for love, life and surfing allows them to get through the uncertainty.

“Still” Dive into the world of Carlos Eyles, ocean photographer, to discover the powerful connection between humankind and the seas that surround us.

“Worlds Apart” A young Native American woman deals with the struggles of college away from her reservation.

WGTE (Toledo) “Heel” From the theater stage to the wrestling mat, the surprising story of a young woman’s journey to be a wrestler.