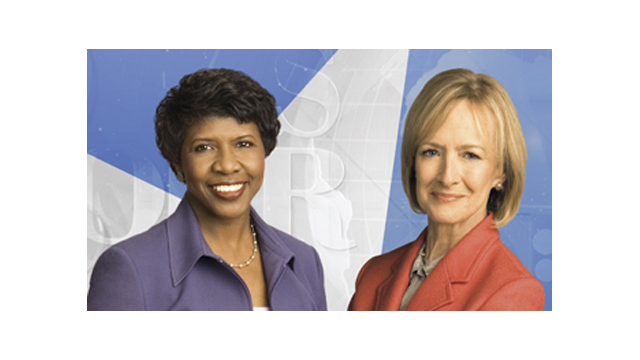 (Arlington, Va) Long known for providing the most complete primetime coverage of the national political conventions, PBS NEWSHOUR is going to even greater lengths to give viewers a first-hand look at the 2012 party conventions.

NewsHour Correspondent Hari Sreenivasan will extend the coverage online via the NewsHour's interactive digital map center and "NewsHour All Hours" - a 24-hour livestream, powered by Ustream, Inc., on five different channels that offers viewers an "all-access pass" to the conventions.

On air, PBS special broadcast coverage will begin at 7:00 p.m. ET on August 28-30 and 8:00 p.m. ET on September 4-6 and will continue LIVE until the conclusion of the proceedings atapproximately 11:00 p.m., ET.  The coverage will be interspersed with analysis, interviews and commentary, including:

"The conventions have traditionally been PBS NewsHour's time to shine during the election season and this year is no exception," said Executive Producer Linda Winslow.  "Viewers know we respect their intelligence and that when lawmakers and candidates approach the podium, we're going to step out of the way and let them see and hear the speeches for themselves.  Between speeches, viewers count on our seasoned team of journalists, led by Judy Woodruff and Gwen Ifill, to home in on the issues and get explanations in interviews with party leaders, delegates and the candidates or their representatives."

"PBS NewsHour's multi-platform approach will give the public the most up-close and engaging convention coverage available on air and online," said Paula Kerger, PBS President and CEO.  "With news that is trusted, in-depth and independent, our PBS Election 2012 coverage will provide the latest election information whenever and wherever consumers want it."

In presenting their 2011 award to PBS NewsHour, the judges for the Walter Cronkite Award for excellence in television political journalism praised Ifill and Woodruff for "focusing on the issues, talking with real voters and letting the candidates explain themselves." The NewsHour's emphasis on exploring issues in-depth and connecting with real voters extends to www.pbs.org/newshour , where the coverage continues around the clock via the "NewsHour All Hours" livestream.

The livestream coverage will include five channels, powered by Ustream, featuring additional coverage such as:

The pairing of veteran political journalists Woodruff and Ifill marks the first time the two have anchored presidential election coverage together and marks a return to the two-anchor format established by Robert MacNeil and Jim Lehrer.

PBS NEWSHOUR is seen by over 5 million weekly viewers and is also available online, via public radio in select markets and via podcast. The program is produced in association with WETA Washington, D.C., and WNET in New York. Major funding for the PBS NEWSHOUR is provided by the Corporation for Public Broadcasting and public television viewers.

For more information on PBS Election 2012, including programming from PBS NEWSHOUR, WASHINGTON WEEK, FRONTLINE and NEED TO KNOW, visit pbs.org/election2012 and follow #pbsElection on Twitter.

About PBSPBS, with its nearly 360 member stations,  offers all Americans the opportunity to explore new ideas and new worlds  through television and online content. Each month, PBS reaches nearly  123 million people through television and more than 21 million people  online, inviting them to experience the worlds of science, history,  nature and public affairs; to hear diverse viewpoints; and to take front  row seats to world-class drama and performances. PBS’ broad array of  programs has been consistently honored by the industry’s most coveted  award competitions. Teachers of children from pre-K through 12th grade  turn to PBS for digital content and services that help bring classroom  lessons to life. PBS’ premier children’s TV programming and its  website, pbskids.org,   are parents’ and teachers’ most trusted partners in inspiring and  nurturing curiosity and love of learning in children. More information  about PBS is available at www.pbs.org, one of the leading dot-org websites on the Internet, or by following PBS on Twitter, Facebook or through our apps for mobile devices. Specific program information and updates for press are available at pbs.org/pressroom or by following PBS Pressroom on Twitter.