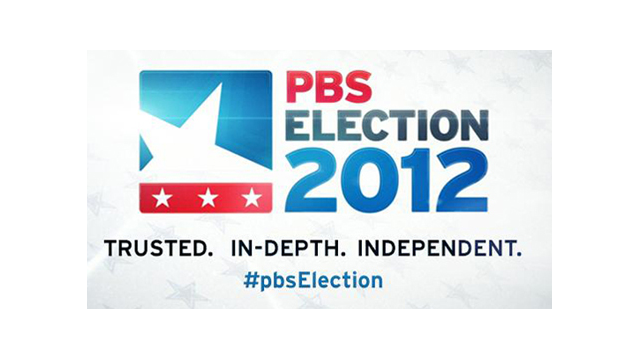 Update--PBS NewsHour will provide comprehensive, multi-platform coverage throughout Election Day, Tuesday, Nov. 6, 2012.  Beginning at 8 a.m. online, continuing through the regular PBS NewsHour broadcast (check local listings) and until at least midnight,  the PBS NewsHour politics team will provide in-depth reports, extensive analysis and live results until the winner of the White House is announced and beyond.   Gwen Ifill and Judy Woodruff will co-anchor the evening’s broadcast and will be in the studio with be the NewsHour’s regular analysts, syndicated columnist Mark Shields and New York Times columnist David Brooks.  Jeffrey Brown will talk about down-ticket races and national trends with NewsHour political editor Christina Bellantoni and Stuart Rothenberg of the Rothenberg Political Report.  Hari Sreenivasan will showcase the multi-layered NewsHour Digital Map Center while examining battleground states.

In detail, the NewsHour broadcast will feature:

•    Shields and Brooks- Political columnists and NewsHour standbys David Brooks and Mark Shields will apply their particular brand of civil discussion and cutting insight to the Election Day news cycle.
•    Voting Trends- As election results roll in, Newshour Senior Correspondent Jeffrey Brown, NewsHour Political Editor Christina Bellantoni and Stuart Rothenberg of the Rothenberg Political Report will dissect results in the House, Senate and gubernatorial elections.
•    Digital Map Center- Newshour Correspondent Hari Sreenivasan will use the NewsHour’s Digital Map Center and speak with public media reporters from across the country to help viewers understand the demographic data in critical battleground states.
•    Election Historians- Throughout the night, election historians Michael Beschloss and Richard Norton Smith will be on hand to put the race results in context.
•    Campaign Headquarters- Newshour Senior Correspondents Ray Suarez and Margaret Warner will file reports throughout the evening from the candidates’ campaign headquarters in Chicago and Boston.   •    Online, the NewsHour’s Election Day coverage will start at 8 a.m., with the website moving to a special Election Day homepage dedicated to campaign news. Our team will also be posting photos and capturing the day's news in our many social media streams. Follow along at #pbselection.

•    Election Live Blog- A dynamic live blog pulling in reports and updates from all over the U.S.
•    All Day Livestream- A special NewsHour livestream channel filled with analysis all day from NewsHour staff and regular guests, field reports from polling places, and the best of the program’s political coverage from the election season.
•    Embeddable Map Center- As election results come in, the NewsHour’s embeddable Digital Map Center will be continuously updated.
•    Comprehensive Live Coverage- Starting at 6 p.m., the Newshour website will feature multiple livestream channels, showing the regular NewsHour broadcast and updating with video of election winners and losers as races are finalized.
•    After Hours- Though the NewsHour broadcast will wrap at midnight, Hari Sreenivasan and Christina Bellantoni will continue covering the late-breaking races via livestream on the NewsHour website.

"Team NewsHour is prepared to offer voters the rich context and trusted analysis they expect from our program both on-air and online on Election Day,” said NewsHour Political Editor Christina Bellantoni. “We'll have members of the staff and our public media partners reporting from across the country about what they are seeing on the ground. We also are showcasing our all-year effort to listen to voters as they decide the direction of their government via our Listen to Me videos. From Massachusetts to Hawaii, we'll be there for viewers every step of the way, and won't turn off the livestream until the last race is called.”
PBS NEWSHOUR is seen by over 5 million weekly viewers and is also available online, via public radio in select markets and via podcast. The program is produced in association with WETA Washington, D.C., and WNET in New York. Major funding for the PBS NEWSHOUR is provided by the Corporation for Public Broadcasting and public television viewers. www.pbs.org/newshour