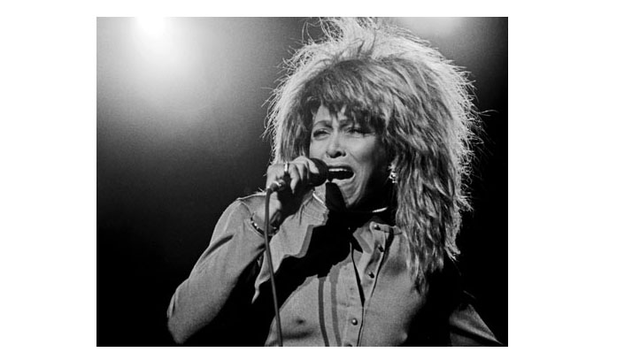 ARLINGTON, VA; July 13, 2011 — PBS raises the curtain on a new fall season celebrating the arts, exploring America’s “Great Experiment” with PROHIBITION, and traveling to the edges of the universe with NOVA's "The Fabric of the Cosmos." Also on tap this season, PBS will premiere new shows from MASTERPIECE featuring award-winning actors including Emma Thompson, Alan Rickman and Bill Nighy; a look at prolific director Woody Allen on AMERICAN MASTERS; and a special tribute event commemorating the 10th anniversary of September 11, 2001.

During the week leading up to the 10th anniversary of 9/11, PBS will present new and encore programs that honor and remember the events and the aftermath of the tragedy. NOVA's“Engineering Ground Zero,” an epic story of engineering, innovation and the perseverance of the human spirit, follows the five-year construction of the Freedom Tower and the World Trade Center Memorial. “Engineering Ground Zero” premieres on Wednesday, September 7, 2011, at 9:00 p.m. Additional programs will be announced at a later date.

October 2-4, Ken Burns and Lynn Novick uncover the true story of America’s “Great Experiment” with PROHIBITION. Set in the era of bathtub gin, bootleggers and speakeasies, the series is the true story of the rise, rule and fall of the 18th Amendment, one of America’s most notorious civic failures and an object lesson in the challenge of legislating human behavior.

Physicist and acclaimed author Brian Greene returns to NOVA with “The Fabric of the Cosmos” Wednesdays, November 2-23, 2011. The four-part miniseries takes viewers to the frontiers of physics to see how scientists are piecing together the most complete picture yet of space, time and the universe, revealing that just beneath the surface of everyday experience lies a world that is far stranger and more wondrous than anyone expected.

This fall PBS ushers in a season’s worth of new specials and miniseries as well as new episodes from beloved continuing series.  Schedule highlights for September, October and November are detailed below.

10/2 Ken Burns and Lynn Novick discover the true story of America’s “Great Experiment” with PROHIBITION. They go beyond the oft-told tales of gangsters, rumrunners, flappers and speakeasies to experience the rise, rule and fall of the 18th Amendment to the U.S. Constitution. (Sunday-Tuesday, October 2-4, 2011, 8:00-10:00 p.m. ET)

10/11 WOMEN, WAR & PEACE, a five-part miniseries, is the most comprehensive media initiative ever mounted on the role of women in war and peace. Five stories, from Colombia, Bosnia, Afghanistan, Liberia and Rwanda, reveal how women are not only suffering unprecedented casualties in today’s wars, but as also emerging as leaders in brokering peace. Narrators include Geena Davis, Matt Damon and Tilda Swinton. (Tuesdays, October 11-November 8, 2011, 10:00-11:00 p.m. ET)

10/14 *Season Premiere! The PBS Arts Fall Festival launches with GILBERT AND SULLIVAN'S HMS PINAFORE.   As part of PBS’ commitment to increasing every American’s access to and participation in the arts, PBS is kicking off a multi-platform event on October 14, and every Friday night into December, featuring a range of artists and performances from nine different communities, with celebrity hosts from each locale. The series continues on Friday nights through December 16.

10/19 *Season Premiere! NATURE, the most-watched documentary film series on public television, returns on Wednesday nights for its 30th season. The debut episode, “Radioactive Wolves,” will examine Chernobyl’s resurgence of wildlife since the historic nuclear disaster a quarter-century ago. Focusing on the growing native wolf population in the contaminated area, scientists are piecing together a picture of surviving species in a world without humans.  This portrait of wildlife in the forbidden zone provides a fascinating “what if?” window into a future after a collapse of human civilization. (Wednesdays, 8:00-9:00 p.m. ET)

10/19 *Season Premiere!NOVA follows NATURE at 9:00 p.m. and debuts a new season on Wednesday nights with “Finding Life Beyond Earth.” Scientists are on the verge of answering one of the greatest questions in history: Are we alone? Combining the latest telescope images with dazzling CGI, “Finding Life Beyond Earth” will immerse audiences in the sights and sounds of alien worlds, while top astrobiologists explain how these places are changing how we think about the potential for life in our solar system. (Wednesdays, 9:00 p.m. ET)

11/2 NOVA “The Fabric of the Cosmos,” hosted by physicist and acclaimed author Brian Greene. This four-hour miniseries takes viewers to the frontiers of physics to see how scientists are piecing together the most complete picture yet of space, time and the universe, revealing that just beneath the surface of everyday experience lies a barely recognizable world — one far stranger and more wondrous than anyone expected.  (Wednesdays, November 2- 23, 2011, 9:00-10:00 p.m. ET)

11/6 *Season Premiere! MASTERPIECE CONTEMPORARY debuts two exciting new dramas: "Page Eight"
Bill Nighy stars as Johnny Worricker, a long-serving MI-5 officer whose boss and best friend (Michael Gambon) dies suddenly, leaving behind an inexplicable file that threatens the stability of the organization. Meanwhile, a seemingly chance encounter with Johnny’s striking next-door neighbor, a political activist (Rachel Weisz), seems too good to be true. Johnny is forced to walk out of his job and then out of his identity to find out the truth. (Sunday, November 6, 2011, 9:00-11:00 p.m. ET)

"The Song of Lunch" A dramatization of Christopher Reid’s acclaimed narrative poem stars Alan Rickman and Emma Thompson as a book editor and his former lover who meet for a nostalgic lunch 15 years after their break-up. (Sunday, November 13, 2011, 9:00-10:00 p.m. ET)