PBS KIDS Reports Growth Across All Platforms in 2011 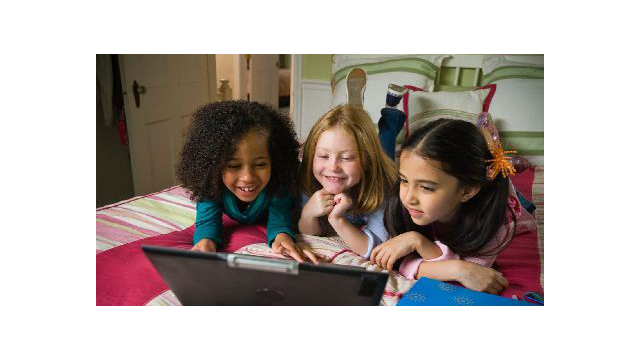 With Top-Ranked Educational Properties, PBS KIDS is Reaching More Children with More Free Content Across All Platforms than Any Other Children’s Media Company

PASADENA, CA – January 4, 2012 – Today, PBS KIDS announced from the Television Critics Association’s Winter Press Tour that it is serving more of America’s children with more free content across all platforms than any other children’s media company.

In its current season-to-date, PBS has reached 61 percent of kids ages 2-8 years old, and 22.6 million children ages 2-11 (NPower full-day reach for all PBS stations, September 19 – December 20, 2011).  Moms supported tune-in as well; PBS KIDS was number one in November among moms ages 18-49 with children under the age of 3, with PBS KIDS programs holding the top five spots among their most-watched children’s series.
Widely popular literacy and science curriculum-based series – CURIOUS GEORGE, THE CAT IN THE HAT KNOWS A LOT ABOUT THAT! and SUPER WHY– were consistently rated as top-10 kids programs for children (ages 2-5) throughout 2011, according to Nielsen NPower national program ratings.

Programming specials also drove record viewership. Over the Thanksgiving holiday, 4.5 million children (ages 2-11) tuned into the CURIOUS GEORGE Holiday Spectacular.  The PBS KIDS special A Very Monkey Christmas netted an 11.7 rating among kids (ages 2-5), making it the highest rated children’s television special in the U.S. among kids (ages 2-5) and with moms of young children.  Earlier in the year, over 1.7 million kids (ages 2-11) tuned in for the premiere of the DINOSAUR TRAIN movie Dinosaur Big City, one of the most-watched kids’ shows in August, based on Nielsen data (NPower, Live+7 AA).

“PBS KIDS is serving kids with the most rigorously researched educational content available,” said Lesli Rotenberg, Senior Vice President, Children’s Media, PBS.  “And more kids are exploring and learning across a variety of media platforms, which allows us to deliver tailored and highly effective educational experiences to help all children build the skills they need to succeed in school and in life.”

Online, PBS KIDS continues to be the go-to location for kids and parents.  With over 11.7 million unique visitors in November, PBSKIDS.org had a 20 percent increase over a year ago (Google Analytics, November 2010 – November 2011).  The site also continues to be the number one source of free online video, serving an average of 98 million video streams per month.

Apps are also growing in popularity. PBS KIDS has launched 14 educational mobile apps to date, downloaded over 1.5 million times. A free PBS KIDS Video App launched on the iPad in May 2011 and was expanded to the iPhone and iPod touch in December. The app has led to an increase in video streams; in November PBS KIDS served 158 million combined streams on the app and online.

“Over the past year, PBS KIDS has extended its top position as the most popular source for children’s video online, with a commitment to meet the demand of kids and families,” said Jason Seiken, Senior Vice President, Interactive, Product Development & Innovation, PBS.  “We also launched two augmented reality games, and are currently developing a 3D-rendered collaborative game, always with the goal of using innovative technologies to create effective learning experiences for today’s kids.”

PBS KIDS also continues to be recognized with industry awards.  In 2011, PBS KIDS won 12 Daytime Emmy Awards, earning more Daytime Emmy Awards for its children’s programming than any other broadcast or cable network for the 14th consecutive year.

As high ratings, online and mobile content usage, and awards demonstrate, PBS KIDS is increasingly serving children wherever they live, learn, and play – on TV, online, through mobile devices, in the classroom, and with a new line of educational toys.