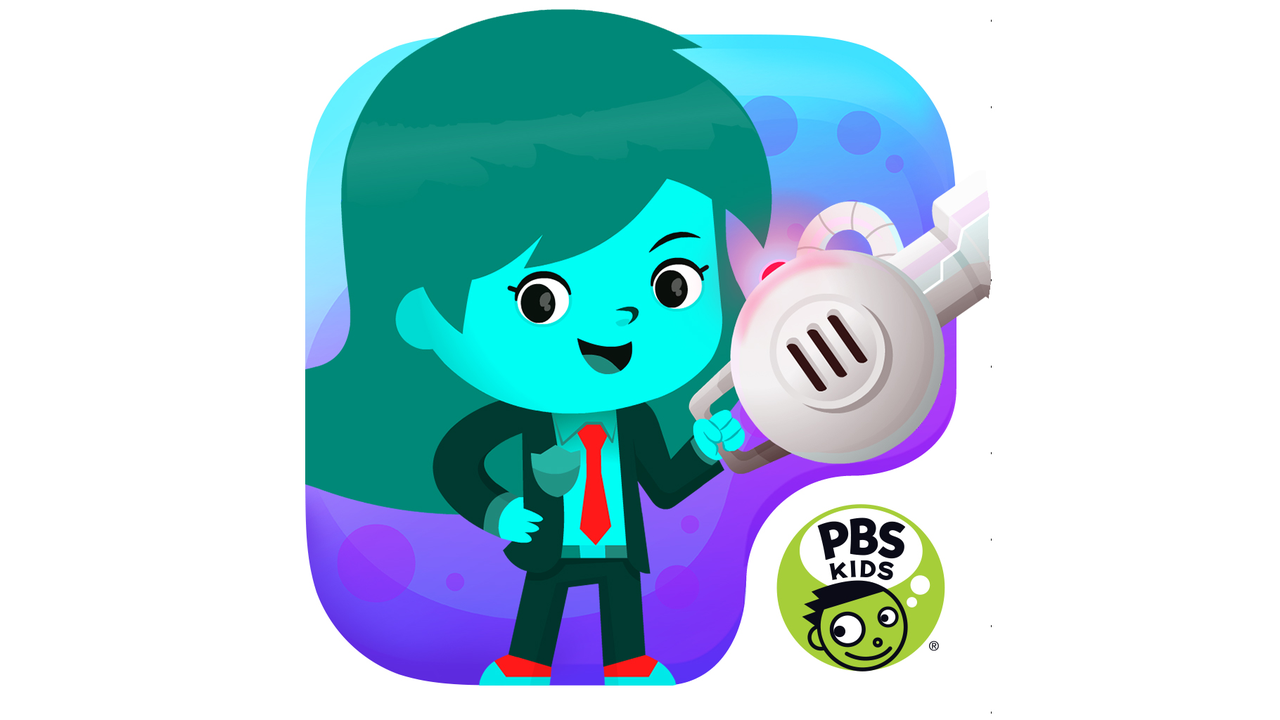 ARLINGTON, VA, January 15, 2015 – PBS KIDS today announced Blob Chase, the first mobile app from its newest media property ODD SQUAD. Available for iPad, Android tablets and Fire tablet, ODD SQUADBlob Chase extends the adventures and humor of theseries, as kids chase and recover blobs that have escaped their containers and are on the loose in Odd Squad headquarters. The new app encourages kids to use math skills to investigate and solve problems, just as the agents do in the new series. ODD SQUAD, which premiered in November 2014, airs weekdays on PBS KIDS (check local listings) and offers games, videos and more at pbskids.org/oddsquad. The app debuts in tandem with an all-new on-air special: “Odd Squad Saves the World,” which premieres Monday, January 19, on PBS KIDS.

“PBS KIDS offers children connected educational media experiences across platforms,” said Sara DeWitt, Vice President, PBS KIDS Digital. “The Blob Chase App builds on one of ODD SQUAD’s episodes, in which a blob escapes and separates, and the agents have to work together to collect all the pieces. In the app, kids use math to solve this odd problem, extending what they have learned through watching the show by practicing the same skills in a mobile experience.”

The ODD SQUAD Blob Chase App includes 60 levels of gaming in which kids use math skills to get blobs across bridges, over walls, through tubes and eventually back into their containers. To discover which gadget will work best for each particular challenge, kids problem-solve using addition, subtraction, multiplication and division.

ODD SQUAD is created by Tim McKeon (Foster's Home for Imaginary Friends, Adventure Time, The Electric Company) and Adam Peltzman (The Electric Company, The Backyardigans, Wallykazam!) and produced by The Fred Rogers Company and Sinking Ship Entertainment. ODD SQUAD is funded by the Corporation for Public Broadcasting (CPB), as well as by the U.S. Department of Education through the Ready To Learn Initiative, a program that supports the development of innovative educational television and digital media targeted at preschool and early elementary school children and their families.

The new app will be made available free to families in low-income communities through the PBS KIDS Mobile Learning Program. With the support of participating local public media stations, this national outreach effort provides free app download codes to help educators and families support children’s learning in Head Start centers, Title I schools and other community-based organizations.

Blob Chase is part of PBS KIDS’ ongoing commitment to using the power of media to help kids succeed in school and in life. The organization offers a variety of apps to help support children’s learning. More information on PBS KIDS apps is available at pbskids.org/apps.

Images of Blob Chase can be found on PBS PressRoom.

About The Fred Rogers Company
The company was founded by Fred Rogers in 1971 as the non-profit producer of Mister Rogers’ Neighborhood for PBS. In the years that followed, it not only created hundreds of episodes of this much-loved program, but also extended Fred’s values and approach to other efforts in promoting children’s social, emotional and behavioral health and supporting parents, caregivers, teachers and other professionals in their work with children. The Fred Rogers Company continues to build on Fred’s legacy in innovative ways through a wide variety of media, and engaging new generations of children and families with his timeless wisdom. The company’s highly-rated, award-winning children’s series include Daniel Tiger’s Neighborhood, Peg + Cat and Odd Squad. For more information, visit www.fredrogers.org.