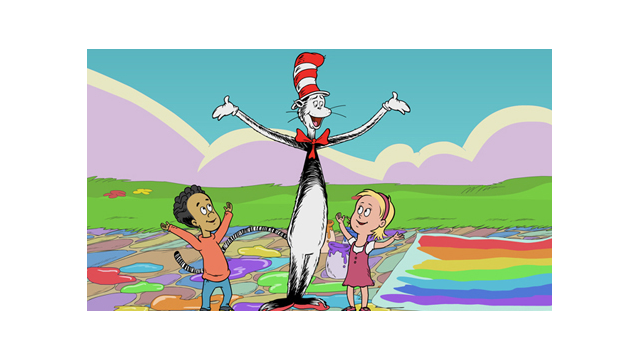 Arlington, VA, April 16, 2012 – PBS KIDS announced today that in February 2012 its current weekday block of preschool programming took the top four spots for kids ages 2 to 5 for the first time, according to Nielsen NPower national program ratings. Among kids ages 2-5, CURIOUS GEORGE® was number one, THE CAT IN THE HAT KNOWS A LOT ABOUT THAT! and SUPER WHY! tied for second place and DINOSAUR TRAIN placed fourth.  PBS KIDS also drew record audiences online; February marked the first time PBSKIDS.org was the number one kids’ site for both unique viewers and videos viewed (comScore VideoMetrix, February 2012).

“In addition to our success with the preschool audience, PBS KIDS was also number one among moms* in February with 6 shows in the top 10.  CURIOUS GEORGE, SESAME STREET, SUPER WHY!, THOMAS & FRIENDS, and DINOSAUR TRAIN took the top five slots and THE CAT IN THE HAT KNOWS A LOT ABOUT THAT! placed seventh,” said Lesli Rotenberg, Senior Vice President, Children’s Media, PBS. “More and more families are turning to us for engaging and educational content as we continue to make it available wherever they are.”

As high ratings, online and mobile content usage demonstrate, PBS KIDS is increasingly serving children wherever they live, learn, and play – on TV, online, through mobile devices, in the classroom, and with a new line of educational toys.