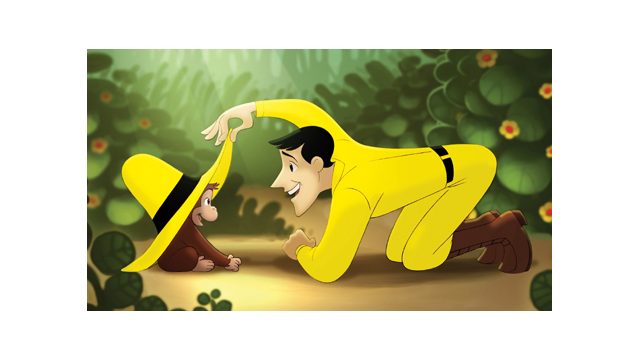 Movie airs as part of CURIOUS GEORGE Holiday Spectacular, a special on-air event that promises to be a new holiday family tradition

“We’re excited to extend the fun and engagement of CURIOUS GEORGE, the #1 preschool series in the U.S.*, into this special holiday movie event,” said Lesli Rotenberg, Senior Vice President, Children’s Media, PBS.  “George has a natural curiosity and eagerness to learn, making him an ideal trusted guide for our young viewers. We hope that the CURIOUS GEORGE Holiday Spectacular will take families on even more adventures with their favorite monkey, fostering excitement in exploring the world around them.”

CURIOUS GEORGE Holiday Spectacular Program Descriptions
Curious George Curious George follows everyone’s favorite spunky monkey as he sets off on a series of (mis)adventures.  In the film, after the Man with the Yellow Hat accidentally brings back George from a business trip to Africa, the unlikely twosome embarks on a fun-filled journey through the big city, and ultimately finds their way to a lasting friendship.  Featuring gorgeous and old-fashioned two-dimensional animation that echoes the simple colors and shapes of the books by Margret and H. A. Rey, Curious George includes voice talents Will Ferrell (as the Man with the Yellow Hat), Drew Barrymore, and Dick Van Dyke, as well as all-original music from Jack Johnson.

Tips for Creating Family Traditions
PBS encourages families to take part in traditions new and old. PBS Parents provides additional ideas to create meaningful traditions for the family such as:

1) Write an annual letter to your child. The holidays are an appropriate time to mark your child's growth with a special message that will be cherished for a lifetime. Seal letters and store them in a keepsake box until they are old enough to read and enjoy them.

2) Do a Secret Santa gift exchange for charity. Turn the tables this year. Instead of buying a present, make a donation or spend time volunteering for a charity of the giftee’s choice.

3) Make a family walk an annual event. Walking is a great way to spend time with each other, and work off those extra gingerbread cookies! Set aside time — even if it’s 30 minutes — to get outside and stretch your legs with the family.

4) Leave a legacy that lasts (and helps the environment). Each New Year's Day, plant a tree in honor of your child(ren). Hold a special ceremony in which everyone in the family plays a part in planting that year's tree, and take lots of pictures, both when the tree is planted and over the years as it grows.

5) Take part in a community service project as a family. Designate a day that will be devoted to serving others in your community.

6) Select a recipe and make it a tradition to make it together as a family, giving each family member a task in preparing it.  In honor of the CURIOUS GEORGE Holiday Spectacular, make monkey bread or a banana dessert.

More details and ideas can be found on PBS Parents.

Images from the CURIOUS GEORGE Holiday Spectacular are available on PBS PressRoom.

The CURIOUS GEORGE Holiday Spectacular continues PBS KIDS’ commitment to reaching families across the country with high quality children’s media content that is both entertaining and engaging.  PBS KIDS is increasingly serving kids where they live, learn and play – helping to make anytime a learning time on mobile devices, on-air, online and beyond.

*Ratings Source: Nielsen NPower, 8/29/2011 – 9/25/2011, Live+7 National GAA ratings for PBS and select competitive cable networks *Telecasts are accumulated across the entire week based on unique program names only, with three or more telecasts per month required for inclusion.