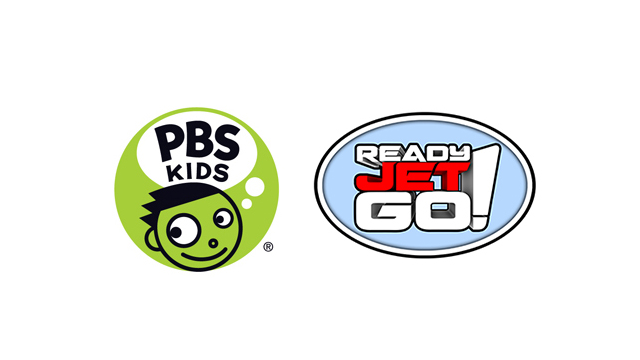 Produced by Wind Dancer Films, READY JET GO! follows two neighborhood kids: Sean, who has an all-consuming drive for science facts, and Sydney, who has a passion for science fiction and imagination. They both befriend the new kid on their street, Jet Propulsion, whose family members happen to be aliens from the planet Bortron 7. Together, they explore our solar system and the effects it has on the science of our planet, all while learning about friendship and teamwork along the way.

“PBS KIDS aims to spark children’s curiosity and excitement about learning,” said Lesli Rotenberg, General Manager, Children’s Media, PBS. “READY JET GO! introduces a variety of science concepts through the lens of space exploration, a topic that we know children become interested in starting at a very young age. Jet is a role model that our viewers can look up to, modeling the habits of a good scientist that kids can apply to their own adventures as they explore the real world around them."

The educational goal of READY JET GO! is to build on children’s curiosity about science, technology and astronomy, telling stories that feature characters learning about space in a way that appeals to, and is accessible by, young children. The comedy helps kids learn a variety of Earth science concepts, such as gravity, tides and moon phases. At the heart of every episode is a basic, kid-friendly question about outer space or Earth science. In the show, the characters often use the scientific method to find the answers to their questions.

Each episode of READY JET GO! will include two 11-minute stories as well as a live-action interstitial. The series also features both curriculum and character-driven original songs, sung by the entire cast, with topics ranging from a love duet between Mr. and Mrs. Propulsion to a description of our galaxy’s stars.

“The goal of the music in READY JET GO! is to engage, entertain and foster a love of science exploration in all kids,” said Craig Bartlett, series creator. “The inspiration for the series’ music comes from a variety of genres – from rock ’n’ roll to musical theater; the result is a collection of fun songs with snappy rhyming lyrics that will appeal to kids and parents alike."

Jet Propulsion Laboratory astrophysicist Dr. Amy Mainzer, the science curriculum consultant for the series, adds, “Most scientists and engineers I know chose to get into the field because of exposure to science ideas and concepts in childhood. Reaching kids early is key to inspiring future generations of scientists and scientific thinkers.”

The READY JET GO! television series is part of a multiplatform media experience that will also include interactive content online and on mobile. The series will offer a variety of games, hands-on activities and parent resources online at pbskids.org, as well as mobile apps. READY JET GO!’s digital content will help inspire children’s curiosity and excitement about science and space. Digital content related to the series will launch in winter 2016.

READY JET GO! is part of PBS KIDS’ ongoing commitment to helping kids build the skills they need to succeed in school and in life. PBS KIDS serves young audiences wherever they live, learn and play — through educational apps, on TV, online and in communities.

About Wind Dancer
Wind Dancer Films created and produced such successful television series as Home Improvement and Roseanne along with box office successes such as What Women Want and Bernie.  Founded by series creators Matt Williams and David McFadzean, and later joined by president, Dete Meserve, Wind Dancer Films has produced hundreds of hours of comedies and family projects for film and television. www.WindDancer.com