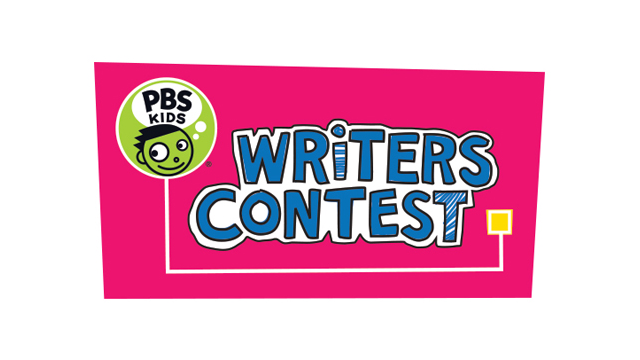 “PBS KIDS is committed to encouraging children to reach their full potential, both in school and in life,” said Lesli Rotenberg, General Manager, Children’s Programming, PBS. “Research shows that creative writing can enhance and improve a child’s literacy development and self confidence. The PBS KIDS Writers Contest allows kids to experience the hands-on process of developing their own stories and illustrations, encouraging their creativity and imagination, all while building key academic skills such as grammar and syntax.”

How the Contest Works
PBS stations throughout the country will collaborate with schools, public libraries and other community-based organizations to present the PBS KIDS Writers Contest in local communities. Each station will select local winners and award prizes.

The local winners will then be entered into the national contest, and a panel of esteemed judges will rank the top 12 entries. National winners will be announced during the summer of 2015, and the winning stories will be featured on pbskids.org/writerscontest.

The national winners will receive prize packages including ARTHUR® books courtesy of national prizing sponsor, Little, Brown Books for Young Readers and a personal technology device courtesy of PBS. The PBS KIDS Writers Contest is produced by PBS and based on the Reading Rainbow® Young Writers and Illustrators Contest, a concept developed by WNED-TV, Buffalo.

To learn more about the judging panel, visit pbskids.org/writerscontest.

To help young writers get started, PBS KIDS offers a robust set of resources for children, parents and teachers. Story ideas and activity sheets, along with the previous winning entries, are available on the contest website to inspire children during the brainstorming process. PBS LearningMedia is also offering a collection of online teacher resources for use in classrooms nationwide.

To enter the contest and for more information on entry rules and contest resources, visit pbskids.org/writerscontest or your local PBS station website.