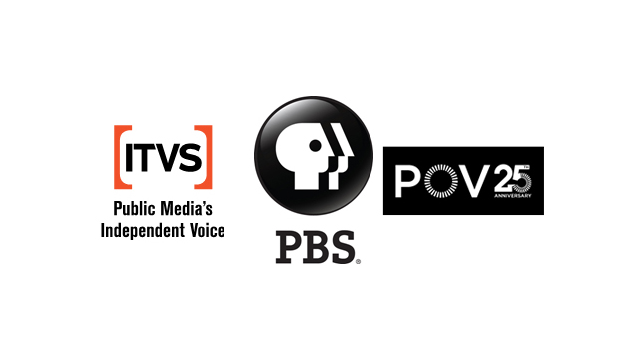 ARLINGTON, VA, May 9, 2012 - PBS, ITVS and POV today announced a new strategy to bolster the mission-focused, independently produced content centered largely around its landmark series POV and Independent Lens, which together provide a year-round broadcast footprint for independent filmmakers on public television.  Both series will air in a new timeslot on Monday nights at 10:00 pm starting this fall with the premiere of Independent Lens on October 29.

“The Monday night schedule gives us an opportunity to drive new and larger audiences on-air and online to the diverse and innovative content that independents bring to PBS,” said Paula Kerger, president and CEO of PBS.

In addition to the regular Monday night broadcasts of both series (Independent Lens October through June, and POV June through October), PBS plans to develop a multiplatform film festival for mid-2013, which would showcase independent programs from both series during several weeks of broadcast presentations that would connect TV audiences with online and mobile content, and digital users, who are often younger and more diverse, with opportunities to participate locally with their public television stations.

The digital component of the multiplatform film festival builds on a recent PBS online film festival that drew from independent content providers and attracted more than 300,000 viewers on YouTube and the PBS.org website.  “The online film festival is only one example of how we can extend the reach of these important programs through efforts that go beyond broadcast,” added Kerger.

“We are thrilled with PBS’s decision to move the programs to Mondays as part of an overall strategy for independent programs,” said Simon Kilmurry, Executive Director of POV.  “Filmmakers and viewers will benefit from a public television experience that fully embraces the power and impact of independent documentaries.”

“By broadcasting indies’ mission-focused stories on Monday nights, we hope that more PBS viewers will have the opportunity to engage in the community and educational activities that independent films inspire,” said Sally Jo Fifer, president and CEO of ITVS, which produces Independent Lens.  “We also bring the diverse communities reflected in and served by indies' work home to PBS and support the core mission of public broadcasting.”

Gordon Quinn of Kartemquin films, one of the nation’s leading independent production houses, said, “We are happy that PBS has chosen this exciting way forward and we stand ready to support the new strategy and PBS in every way we can.”

Produced by American Documentary, Inc. and celebrating its 25th season on PBS in 2012, the award-winning POV series is the longest-running showcase on American television to feature the work of today’s best independent documentary filmmakers. Airing June through October with primetime specials during the year, POV has brought more than 325 acclaimed documentaries to millions nationwide and has a Webby Award-winning online series, POV’s Borders. Since 1988, POV has pioneered the art of presentation and outreach using independent nonfiction media to build new communities in conversation about today’s most pressing social issues. Visit www.pbs.org/pov.

Independent Television Service funds, presents and promotes award-winning documentaries and dramas on public television, innovative new media projects on the Web, and the Emmy® Award-winning weekly series Independent Lens on Thursday nights at 10 PM on PBS. Mandated by Congress in 1988 and funded by the Corporation for Public Broadcasting, ITVS has brought more than 1,000 independently produced programs to date to American audiences. For more information about ITVS, visit itvs.org.