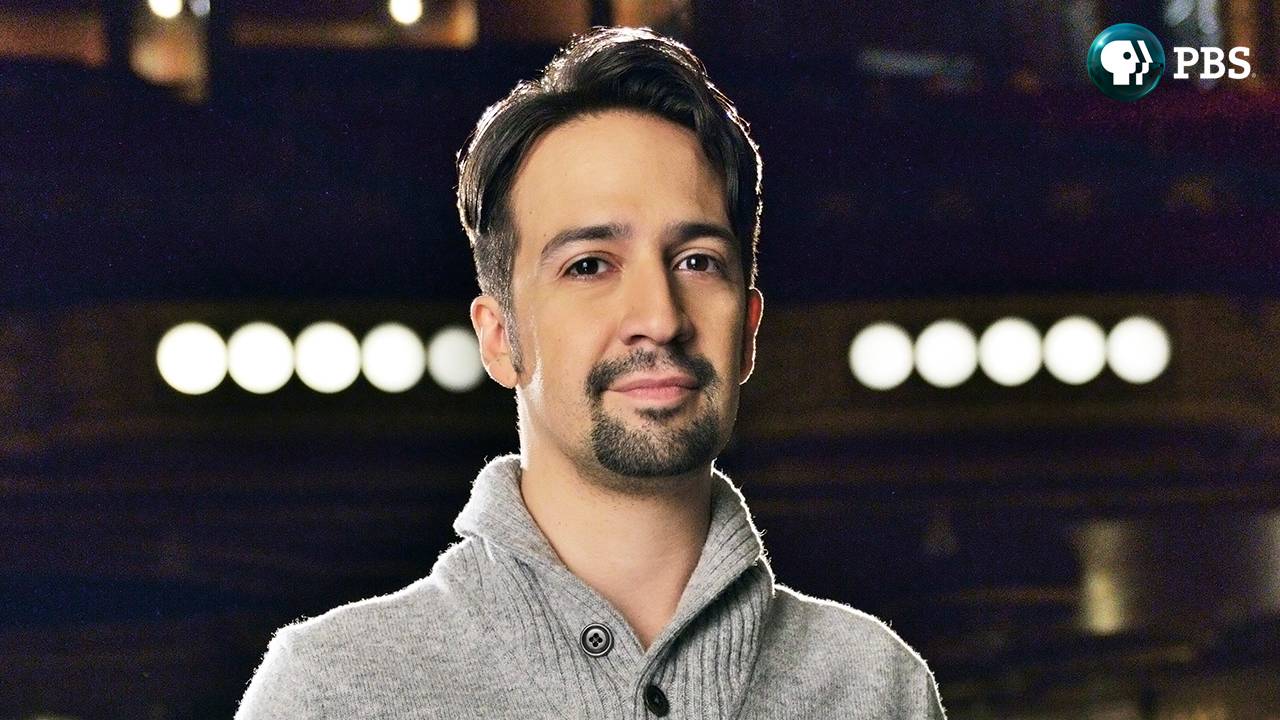 “PBS is proud to showcase diverse faces, viewpoints and talents both in front of and behind the camera,” said Beth Hoppe, Chief Programming Executive and General Manager, General Audience Programming. “From the incomparable Lin-Manuel Miranda, who has changed the face of Broadway, to Willie Velasquez, who empowered millions of Latinos and other minorities to engage in the political process, to the thoughtful reporting by Maria Hinojosa, this month, and year-round, we celebrate the unique contributions of work by and for Latino audiences.”

On October 3, PBS presents WILLIE VELASQUEZ: YOUR VOTE IS YOUR VOICE, a documentary about the charismatic pioneering activist whose rallying cry, “su voto es su voz” (your vote is your voice), started a grassroots movement that transformed the nation’s political landscape and paved the way for the growing power of the Latino vote.

Megastar Lin-Manuel Miranda, the Tony and Grammy-winning creator of the Broadway phenomenon Hamilton, is both the host of the sixth season of the PBS ARTS FALL FESTIVAL and the featured performer in the first festival presentation, HAMILTON’S AMERICA from GREAT PERFORMANCES.   The film looks at the creative process during the three years leading up to the Broadway opening of the record-breaking musical, winner of 11 Tony Awards and the Pulitzer Prize. HAMILTON’S AMERICA airs Friday, October 21.

The eighth season of ART IN THE TWENTY-FIRST CENTURY, which features exceptional artists working in important hubs of contemporary art today, travels to Mexico City on September 16. Executive produced by Eve Moros Ortega, the program provides unparalleled access to four innovative artists, revealing how they engage with the places where they live and work and how art allows viewers to see the world in new ways.

During September, viewers and fans can follow #MiHistoria to join in the celebration of Latino culture by contributing memories, photos and videos via their favorite social networks.  Each week a new theme will invite viewers to celebrate the people, ideas, and moments in Latino history that are important to them.  All memories using the hashtag #MiHistoria (and tag @PBS) will be aggregated onto PBS.org and shared across PBS platforms to help celebrate Hispanic Heritage Month. Working closely with Latino Public Broadcasting, WORLD Channel and partners from American Documentary, the campaign aspires to educate and excite audiences about Latino identity and culture, and connects them to relevant programs in public media.

Hispanic Heritage Month for PBS KIDS and Education
This fall, PBS KIDS will unveil a Spanish language option for both the PBS KIDS ScratchJr and Ready Jet Go! Space Explorer apps, allowing users to toggle between English and Spanish within the app experience.  Developed in collaboration with the MIT Media Lab and Tufts University’s DevTech Research Group PBS KIDS, ScratchJr helps children ages 5-8 learn core coding concepts as they create their own interactive stories and games using PBS KIDS characters.  The Ready Jet Go! Space Explorer app, based on the popular series of the same name, allows kids to go on a galactic journey with Jet and his friends and learn about planets, stars and constellations.

PBS LearningMedia makes it easy for teachers to integrate Hispanic Heritage Month into their lessons with a trove of curriculum-aligned videos, activities, and interactive resources. Teachers can use this content to help students deepen their awareness of Hispanic American and Latino artists, educators, icons, and everyday people while also building a foundational understanding of the Spanish language. Featured resources in PBS LearningMedia include, All About the Holidays: Hispanic Heritage Month, America By the Numbers, Latino Americans, The Supplemental Spanish Collection; and on iTunes, the Beginning Spanish iBook. Later this fall, teachers will also be able to access new lesson plans based on Hamilton’s America. Visit pbslearningmedia.org to explore more.

AMERICA BY THE NUMBERS “The New Deciders”
Maria Hinojosa hosts this 2016 election special about power and politics, demographics and democracy, showing how Asian-American, black millennial, Arab-American and Latino evangelical voters are exerting their growing strength and influence.
Premiered Tuesday, September 6.  The full program can be viewed here.

ART IN THE TWENTY-FIRST CENTURY “Mexico City”
The program presents four artists creating works that engage with the world around us and allow us to see it in new ways. Featured are Damián Ortega, who makes sculptures from ordinary objects; Pedro Reyes, who designs solutions to social problems; Minerva Cuevas, who creates interventions in public space; and feature filmmaker Natalia Almada.
Friday, September 16, 10:00-11:00 p.m. ET

WILLIE VELASQUEZ: YOUR VOTE IS YOUR VOICE
Meet the charismatic pioneering activist whose rallying cry of “su voto es su voz” (your vote is your voice) started a grassroots movement that transformed the nation’s political landscape and paved the way for the growing power of the Latino vote.
Monday, October 3, 10:30-11:30 p.m. ET

INDEPENDENT LENS
“Las Marthas”
The annual debutante ball in Laredo, Texas, lasts an entire month and coincides with George Washington’s birthday. In 1939, the Society of Martha Washington was founded to usher each year’s debutantes (called “Marthas”) into proper society. The centerpiece of the festivities is the Martha Washington Pageant and Ball, when the girls are presented. The Washington celebration has persevered, and even flourished, thanks in large part to the Mexican-American girls who carry this gilded tradition on their young shoulders.
September 2016 (check local listings)

“No Mas Bebes (No More Babies”)
Explore the case of Mexican-American women who claim they were coercively sterilized at a Los Angeles hospital in the late 1960s and 1970s. Meet the mothers, young Chicana lawyers and whistle-blowing doctors who exposed the shocking practice.
September 2016 (check local listings)

LATINO AMERICANS
Join narrator Benjamin Bratt for a documentary series that chronicles the rich and varied history of Latinos, who have for the past 500-plus years helped shape what is today the United States and have become the country’s largest minority group.

“Foreigners in Their Own Land”
Survey the history and people from 1565-1880, as the first Spanish explorers enter North America, the U.S. expands into territories in the Southwest and as the Mexican-American War strips Mexico of half its territories by 1848.
September 2016 (check local listings)

“Empire of Dreams”
See how the American population is reshaped by Latino immigration starting in 1880 and continuing into the 1940s: Cubans, Mexicans and Puerto Ricans begin arriving in the U.S. and start to build communities in South Florida, Los Angeles and New York.
September 2016 (check local listings)

“War and Peace”
Trace the World War II years and those that follow, as Latino Americans serve their new country by the hundreds of thousands — yet still face discrimination and a fight for civil rights in the United States.
September 2016 (check local listings)

“Prejudice and Pride”
Witness the creation of the proud “Chicano” identity as labor leaders organize farm workers in California, and as activists push for better education opportunities for Latinos, the inclusion of Latino studies and empowerment in the political process.
September 2016 (check local listings)

“Peril and Promise”
Examine the past 30 years, as immigration creates a debate over the undocumented that leads to calls for tightened borders and English-only laws. Simultaneously, Latino influence is booming in business, sports, media, politics and entertainment.
September 2016 (check local listings)

POV “Don’t Tell Anyone” (“No Le Digas a Nadie”)
Meet immigrant activist Angy Rivera, the country’s only advice columnist for undocumented youth. In a community where silence is often seen as necessary for survival, she steps out of the shadows to share her own parallel experiences of being undocumented and sexually abused. -- September 2016 (check local listings)

REBEL: VOCES SPECIAL PRESENTATION
Explore the mysterious true story of Loreta Velasquez, a Cuban immigrant who was one of the estimated 1,000 women who secretly served as soldiers during the Civil War. Why has her story been erased from the history books?
September 2016 (check local listings)

“Now en Español”
Explore the ups and downs of being a Latina actress in Hollywood through the lives of the five dynamic women who dub “Desperate Housewives” into Spanish for American audiences.
September 2016 (check local listings)

“El Poeta”
Meet renowned Mexican poet Javier Sicilia, who ignited an international movement for peace after the brutal murder of his 24 year-old son — collateral damage in a drug war that has left more than 70,000 dead since 2006.
September 2016 (check local listings)