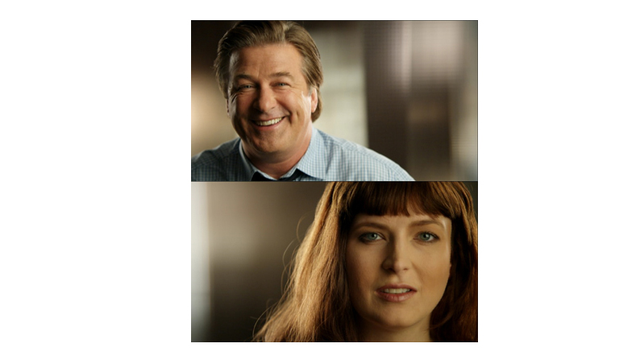 ARLINGTON, VA; JULY 12, 2011 -- Since its inception, television has served as a lens on American society, and in the expansive world of modern TV, today’s heroes and villains have come a long way from their predecessors. AMERICA IN PRIMETIME showcases this iconic American art form, which has both reflected and shaped our national character. The four-part series premieres Sundays, October 30-November 20, 2011, 8:00-9:00 p.m. ET on PBS. AMERICA IN PRIMETIME is a production of WETA Washington, DC, and The Documentary Group, in association with the Academy of Television Arts & Sciences Foundation. Funding is provided by the Annenberg Foundation, the Corporation for Public Broadcasting and PBS.

AMERICA IN PRIMETIME presents some of the most compelling shows on television today, as well as those of the past, by focusing on key character archetypes — the man of the house, the independent woman, the misfit and the crusader — that have remained a staple of primetime through the generations, capturing both the continuity of the character and the evolution. Each episode of the series focuses on one of the key archetypes:

“Man of the House” showcases the evolution of men from the kings of their castles in classic family sitcoms to more intricate, conflicted figures in modern shows. Interviews include Marcy Carsey and Tom Werner (“The Cosby Show”); David Chase (“The Sopranos”); Bryan Cranston (“Breaking Bad”); Ron Howard (“The Andy Griffith Show”); Carl Reiner and Dick Van Dyke (“The Dick Van Dyke Show”); and Phil Rosenthal and Patricia Heaton (“Everybody Loves Raymond”), among others.

“The Crusader” delves into the increasingly grey area between right and wrong as television heroes confront internal demons while seeking their own forms of justice. Interviews include Alan Alda (“M*A*S*H”); Steven Bochco and David Milch (“NYPD Blue”); Chris Carter and Gillian Anderson (“The X-Files”); Bob Cochran and Joel Surnow (“24”); Michael C. Hall (“Dexter”); Shawn Ryan and Michael Chiklis (“The Shield”); and David Shore and Hugh Laurie (“House”), among others.

AMERICA IN PRIMETIME features more than a hundred in-depth interviews with the creators, writers and actors who give life to the characters whom audiences have come to love, and demonstrates how the finest television today has its foundation in the best television of yesterday.

About The Documentary Group The Documentary Group has a long and distinguished list of credits, including an Academy Award nomination for the documentary OPERATION HOMECOMING: WRITING THE WARTIME EXPERIENCE, which aired on PBS. TDG was founded in 2006 by the core members of PJ Productions, following the death of legendary broadcaster Peter Jennings. The producers and directors, who were for many years the team behind Jennings’ documentaries at ABC News, are dedicated to continuing the tradition of smart, important and innovative filmmaking.

WETA Washington, D.C. is the third-largest producing station for public television. WETA’s productions and co-productions include the venerable news and public affairs programs PBS NEWSHOUR and WASHINGTON WEEK WITH GWEN IFILL AND NATIONAL JOURNAL; the arts series IN PERFORMANCE AT THE WHITE HOUSE and THE KENNEDY CENTER MARK TWAIN PRIZE; and documentaries by filmmaker Ken Burns, including THE CIVIL WAR, BASEBALL, THE NATIONAL PARKS: AMERICA’S BEST IDEA and, premiering in October, PROHIBITION. More information on WETA and its programs and services is available at www.weta.org.

PBS, with its nearly 360 member stations, offers all Americans the opportunity to explore new ideas and new worlds through television and online content. Each month, PBS reaches 124 million people through television and 20 million people online, inviting them to experience the worlds of science, history, nature and public affairs; to hear diverse viewpoints; and to take front row seats to world-class drama and performances. PBS’ broad array of programs has been consistently honored by the industry’s most coveted award competitions. Teachers of children from pre-K through 12th grade turn to PBS for digital content and services that help bring classroom lessons to life. PBS’ premier children’s TV programming and its website, pbskids.org, are parents’ and teachers’ most trusted partners in inspiring and nurturing curiosity and love of learning in children. More information about PBS is available at www.pbs.org, one of the leading dot-org websites on the Internet, or by following PBS on Twitter, Facebook or through our apps for mobile devices. Specific program information and updates for press are available at pbs.org/pressroom or by following PBS Pressroom on Twitter.