PBS Explores Slavery By Another Name 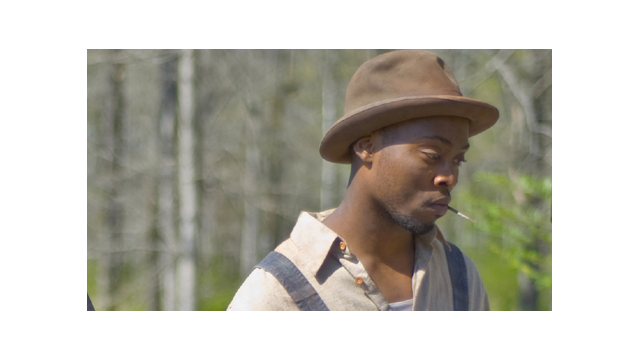 MINNEAPOLIS/ST. PAUL, MN; JUNE 9, 2011 – Slavery by Another Name, a new 90-minute documentary based on the Pulitzer Prize-winning book by Wall Street Journal senior writer Douglas A. Blackmon, explores the little-known story of the post-Emancipation era and the labor practices and laws that effectively created a new form of slavery in the South that persisted well into the 20th century. The film, produced by tpt National Productions, was officially announced at the PBS Annual Meeting in Orlando, Florida on May 19th and is slated to air in early 2012 on PBS stations nationwide.

“America’s history is complex, and Slavery by Another Name unravels this important part of the national story,” said John F. Wilson, PBS chief TV programming executive.  “PBS is proud to present this compelling film, bringing together for the first time the talents of executive producer Catherine Allan (Benjamin Franklin and Hoop Dreams) and director/producer Sam Pollard (If God is Willing and Da Creek Don’t Rise and By The People: The Election of Barack Obama).”

“Slavery by Another Name tells the story of an important part of our nation’s history,” said Patricia Harrison, president and CEO of the Corporation for Public Broadcasting (CPB).  “Through CPB’s Diversity and Innovation Fund, CPB and PBS are committed to investing in content like this that helps to tell America’s story, engages diverse viewers and encourages the use of emerging technologies to reach new audiences.”

Slavery by Another Name recounts how in the years following the Civil War, insidious new forms of forced labor or “neoslavery” emerged in the American South, persisting until the onset of World War II.

“The Thirteenth Amendment states that slavery was abolished, except as a punishment for a crime,” says author and co-executive producer Blackmon. “So across the South, laws were passed to criminalize everyday African American life. It was a crime for a black man to walk beside a railroad, to speak loudly in the company of white women, to do someone’s laundry without a license, to sell cotton after dark. But the most damaging statutes were around vagrancy. If you couldn’t prove your employment at any moment, you were a criminal.”

Once convicted, African Americans were leased to coal mines, brick yards, plantations and turpentine farms and forced to work without pay. They were shackled, imprisoned and often tortured. Thousands died.

“It’s a brutal topic,” said producer/director Sam Pollard, who recently began shooting the film in Alabama and Georgia. “Neoslavery totally circumscribed the lives of hundreds of thousands of African Americans well into the 20th century.”

Pollard is no stranger to racially-focused — and enlightening — subject matter. Throughout his 30-year career, he has worked on a diverse array of feature films, documentaries and television projects. He served as documentary producer of Henry Hampton’s Blackside, Inc. production of Eyes on the Prize II: America at the Racial Crosswords, and a producer of the Peabody Award-winning PBS series The Rise and Fall of Jim Crow. In addition to Spike Lee’s feature films, he has worked extensively on the filmmaker’s documentary productions, including his Academy Award-nominated Four Little Girls; Spike Lee Presents Mike Tyson; and Jim Brown All-American. On Slavery by Another Name, Pollard teams with executive producer Catherine Allan, whose films largely focus on American history and include the Peabody Award-winning Liberty! The American Revolution; Alexander Hamilton and Dolley Madison.

“Outside of academic circles, this history is almost completely unknown to most Americans,” said Allan. “Sam’s work around the African American experience in the South, especially on projects like Eyes on the Prize and The Rise and Fall of Jim Crow, is so rich. I’m gratified to work with him to tell this story.”

“My father was from Mississippi, and my mother was from Georgia,” said Pollard. “I spent a great deal of time in Mississippi visiting relatives. I feel a strong connection to the South, and to my family roots. Listening to my parents, my cousins, my aunts and uncles talk about living in the South — it’s unconsciously informed a lot of what I do as a filmmaker.”

Major funding for Slavery by Another Name is provided by the National Endowment for the Humanities, W.K. Kellogg Foundation, The Coca-Cola Company and the CPB/PBS Diversity and Innovation Fund.

Slavery by Another Name is produced by tpt National Productions, a division of Twin Cities Public Television (tpt), the PBS affiliate for Minneapolis/St. Paul. tpt National Productions is among the primary content producers for the public television system. In addition to crafting award-winning series, documentaries and specials, tpt National Productions amplifies its reach and impact through innovative websites, educational outreach programs and community engagement initiatives. tpt productions include national Primetime Emmy Award winners Benjamin Franklin and The Forgetting: A Portrait of Alzheimer’s; Writer’s Guild Nominees Alexander Hamilton and Dolley Madison; and Peabody winner Depression: Out of the Shadows.

CPB is a private, nonprofit corporation created by Congress in 1967 and is steward of the federal government’s investment in public broadcasting.  It helps support the operation of nearly 1,300 locally-owned and operated public television and radio stations nationwide, and is the largest single source of funding for research, technology, and program development for public radio, television and related online services.

About Douglas A. Blackmon

Blackmon is an acclaimed journalist and independent historian, who has written extensively about the American quandary of race – exploring the integration of schools during his childhood in a Mississippi Delta farm town, lost episodes of the Civil Rights movement, and, repeatedly, the dilemma of how a contemporary society should grapple with a troubled past. “Slavery by Another Name” was a New York Times Best Seller in 2008 and was awarded the Pulitzer Prize in General Non-Fiction in 2009. Blackmon, along with a team of other Wall Street Journal writers, was a finalist in 2011 for another Pulitzer Prize, for their investigation into the causes of the BP oil spill last year.