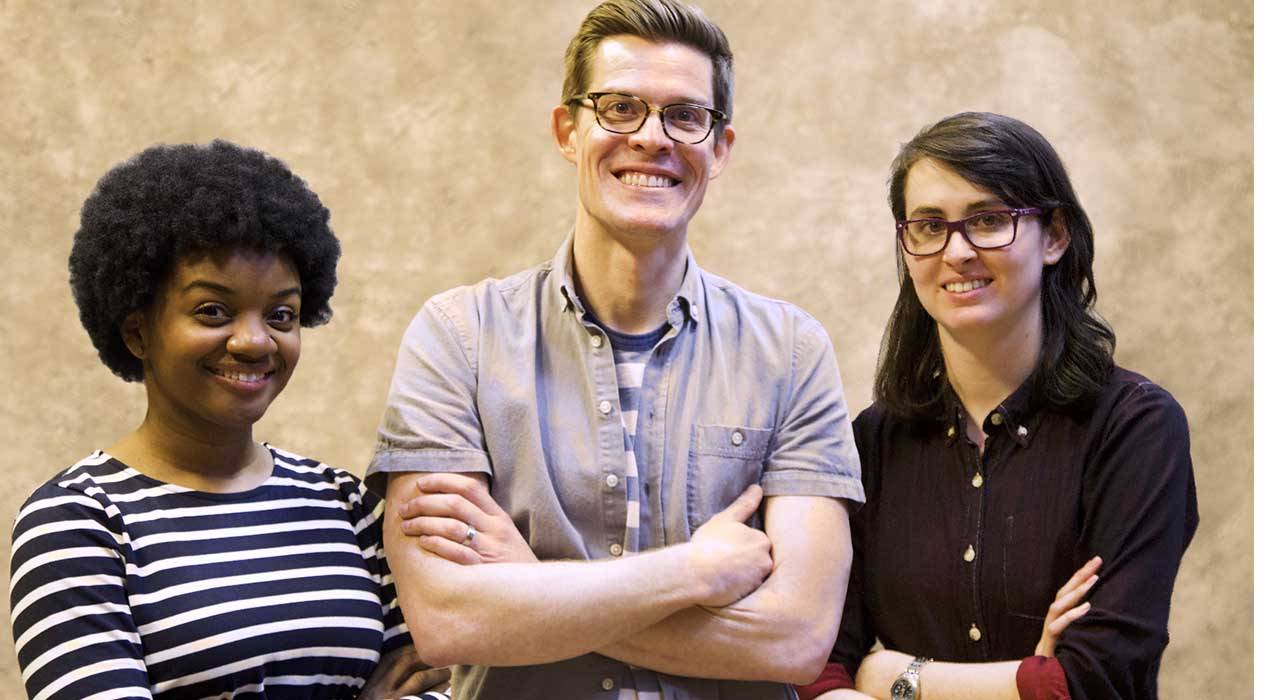 ARLINGTON, VA; April 19, 2018 – PBS Digital Studios announced today the premiere of its new original YouTube series HOT MESS, dedicated to illustrating the complexities of the Earth’s climate and its impact on populations. See a preview here.

Beginning Thursday, April 19, HOT MESS will showcase climate and environmental stories through the perspective of one of its three expert hosts: Joe Hanson, a Ph.D. biologist, science writer and host of the award-winning show, “It’s Okay to Be Smart”; Miriam Nielsen, an environmental journalist and climate communicator; and Talia Buford, a ProPublica journalist covering environmental justice and disparities.

The series premiere features host Joe Hanson, who explores the history of climate change and the influence of human beings on the world’s shifting environment.

“HOT MESS is dedicated to growing online communities that are interested in exchanging dialogue about environmental science,” Brandon Arolfo, Senior Director, PBS Digital Studios, said. “At its core, HOT MESS is rooted in science education, and we are lucky to have such smart, passionate hosts bring their varied experiences and perspectives to the series.”

HOT MESS is produced in partnership with Spotzen, the PBS Digital Studios team behind the award-winning science education show “It’s Okay to Be Smart” and the Facebook Watch series “Two Cents.”

HOT MESS is presented in partnership and with funding provided by Peril & Promise, a national public media initiative from WNET New York, focusing on the human stories of climate change. Peril & Promise features stories about our warming world, scientific innovation and resiliency solutions.

Joe Hanson, Ph.D., is a science writer, biologist and YouTube educator. He is the creator and host of “It’s Okay to Be Smart,” an award-winning science education show from PBS Digital Studios, that celebrates curiosity and the pleasure of finding things out. He received his Ph.D. from the University of Texas at Austin, and his science writing has been published by WIRED, Nautilus, Scientific American and Texas Monthly. He lives in Austin, TX.

Miriam Nielsen is a video journalist and animator in New York. She has produced science and educational videos for The Verge and CBS News and raises awareness about environmental issues on her YouTube channel, “zentouro.” She is pursuing a master’s degree from Columbia University in Climate and Society. Interests include biking, Frisbee and posting Instagram photos of her dog, Darcy.
About Talia Buford

Talia Buford covers disparities in environmental impacts for ProPublica. Previously, she was an environment and labor reporter at The Center for Public Integrity, where her work focused mostly on wage theft and the Environmental Protection Agency’s lackluster enforcement of Title VI of the Civil Rights Act. She also covered energy for POLITICO Pro. She began her career covering municipal and legal affairs at The Providence (R.I.) Journal. She earned a master’s degree in the study of law from Georgetown University Law Center and a bachelor’s degree in print journalism from Hampton University.

About PBS Digital Studios
PBS Digital Studios’ original digital programming includes more than 15 ongoing series for YouTube and Facebook Watch, including those from PBS member stations across the country, designed to engage, enlighten and entertain online audiences. The PBS Digital Studios YouTube network has more than 13 million subscribers and has generated more than one billion lifetime views. Series include the Webby Award-winning It’s Okay to Be Smart, Physics Girl and Crash Course, as well as popular series such as BrainCraft and PBS Space Time .