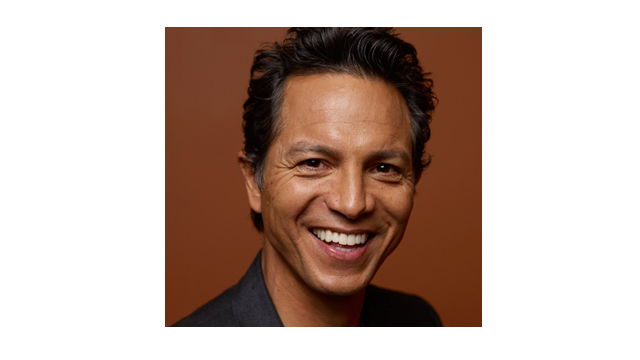 ARLINGTON, VA; Updated September 11, 2013 — PBS celebrates Hispanic Heritage Month 2013 with a landmark six-part series, LATINO AMERICANS, airing Tuesdays, September 17-October 1, 2013, 8:00-10:00 p.m. ET. Actor Benjamin Bratt narrates this first major television documentary series to chronicle the rich and varied history of Latinos, who have for the past 500-plus years helped shape what is today the United States and have become the country’s largest minority group. The series will be broadcast nationally in Spanish on Vme, the Spanish-language channel on public television, on six consecutive Fridays beginning September 20.

LATINO AMERICANS covers early settlement, conquest and immigration; tradition and reinvention; anguish and celebration; and the gradual construction of a new American identity that connects and empowers millions of people from diverse backgrounds. The series’ six chronological episodes encompass the 1500s to the present day.

“PBS continues to celebrate the cultural diversity that is America,” said Beth Hoppe, Chief Programming Executive and General Manager of General Audience Programming for PBS. “With the LATINO AMERICANS series and all the special programming airing on PBS this month, we hope to underscore the contributions of Latino Americans and emphasize that their experience has been a part of America’s story from the very beginning.”

LATINO AMERICANS is a completely bilingual project that includes a companion book by Ray Suarez, Chief National Correspondent for PBS NEWSHOUR, a nationwide public engagement initiative, and digital engagement and public education campaigns. A preview of the series is available at pbs.org/latinoamericans. The public can join the conversation by using the project hashtag #LatinosPBS on Twitter.

PBS’ surprise-filled new series GENEALOGY ROADSHOW, which premieres Monday, September 23, 2013 at 9:00 p.m. ET, features the fascinating stories of a diverse cast of participants on an emotional journey that uses history and science to verify family lore. A Detroit woman, for instance, wants to know if her great-grandfather rode with Pancho Villa and if her family was one of the first Mexican families to settle in Ann Arbor, Michigan. A Hispanic woman in Austin wants to learn whether she has a connection to the “Daughters of the Republic of Texas.” Still another woman wants to establish a family relationship to Ponce de Leon. The programs feature participants who have unique claims and storylines, with each individual’s past linking revealing the rich cultural tapestry of America.

Shortly after Hispanic Heritage Month, INDEPENDENT LENS presents “The Graduates,” a two-part examination of the roots of the Latino dropout crisis and the ongoing effort to increase graduation rates. Airing Mondays, October 28 and November 4, 10:00-11:00 p.m. ET, these student profiles offer a first-hand perspective on the challenges facing many Latino high school students.

Also in October, PBS Digital Studios celebrates the cultural phenomenon of ¿QUE PASA, U.S.A.?, its first and only sitcom produced exclusively for PBS in the 1970s. Music and video remix artist John Boswell (a.k.a. MelodySheep) releases a new spin on the iconic show, with a behind-the-scenes look at his artistic process. The launch includes a series of lively and interactive social media-based activities.

PBS’ celebration of Hispanic Heritage Month extends beyond the broadcast and onto pbs.org. The PBS video player— where viewers can watch hours of free PBS programming online and on their own time — will feature a special collection of new and PBS archive programs honoring Latino culture.

PBS nominees for the 2013 Imagen Awards, which recognize positive portrayals of Latinos in entertainment media, included VOCES ON PBS “Tales of Masked Men” and MARIACHI HIGH; POV’s “Sin Pais,” part of the 2013 PBS Online Film Festival, won in the Best Theatrical Short or Student Film category. In honor of Hispanic Heritage Month, PBS will offer encore broadcasts of VOCES ON PBS and MARIACHI HIGH, along with IN PERFORMANCE AT THE WHITE HOUSE “Fiesta Latina,” INDEPENDENT LENS “The Longoria Affair” and JOHN LEGUIZAMO’S TALES FROM A GHETTO KLOWN.

IN PERFORMANCE AT THE WHITE HOUSE Musica Latina”
Tuesday, October 8, 2013, 8:00-9:00 p.m. ET
Celebrate Latin music with President and Mrs. Obama in the East Room of the White House.

IN PERFORMANCE AT THE WHITE HOUSE “Fiesta Latina”(check local listings)
Join President and Michelle Obama for a White House concert in honor of Hispanic Heritage Month.

JOHN LEGUIZAMO’S TALES FROM A GHETTO KLOWN(check local listings)
Get a behind-the-scenes look at one of the industry’s most versatile actors: John Leguizamo.

MARIACHI HIGH(check local listings)
Spend a year in the life of the champion mariachi ensemble at Zapata High School in South Texas.

VOCES ON PBS(check local listings)
Celebrate the rich diversity of Latino life in this showcase of outstanding documentaries.

“Tales of Masked Men”
Explore the sport of “lucha libre” and its role in Latino communities in the United States and Mexico.

“Escaramuza: Riding From the Heart”
Ride with a gutsy team of women rodeo riders vying to represent the U.S. at competitions in Mexico.

“Unfinished Spaces”
View the turbulent history of Castro’s Cuba through the prism of the Cuban National Arts Schools.

“Lemon”
Follow Lemon Andersen’s quest to take his life story to the New York stage while battling his demons.

“Rebel”
Experience the story of Loreta Velasquez, who secretly fought for the Confederacy in the Civil War.