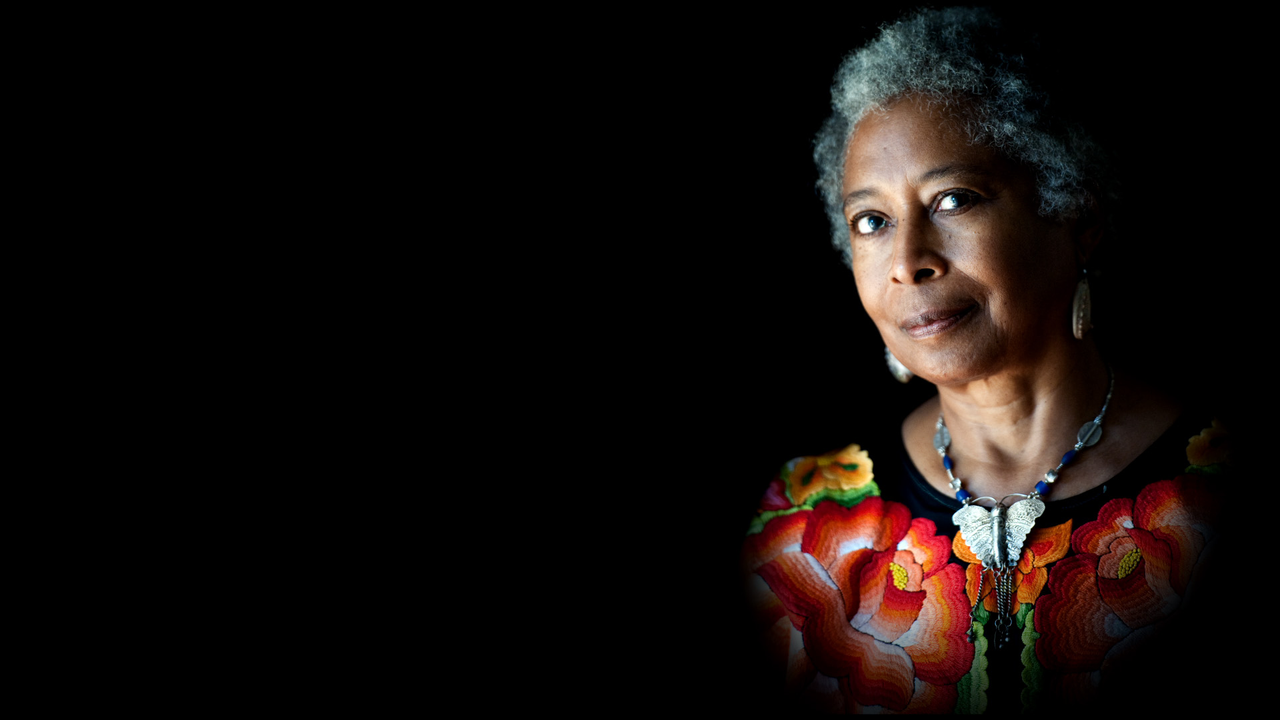 PBS Black Culture Connection Website Partners with Eunique Jones Gibson to Showcase the Making of the Because of Them, We Can™ Campaign

ARLINGTON, VA – January 16, 2014 – In commemoration of Black History Month and as part of its year-round commitment to provide diverse programming and resources for all Americans, PBS today announced new shows and online content celebrating the African American experience past, present and future. From an AMERICAN MASTERS profile of Pulitzer Prize-winning author Alice Walker, to an INDEPENDENT LENS documentary about the secret spy agency created to maintain segregation in 1950’s Mississippi, Black History Month on PBS will provide programs that educate, inform and inspire viewers to learn more about the rich culture of our nation.

The lineup begins on February 3 at 10:00 p.m. with “American Promise,” a powerful coming-of-age documentary from POV that follows the journey of two young African-American males from kindergarten through high school graduation as they attend a prestigious Manhattan private school. Confronting challenges from typical childhood growing pains to cultural identification within a predominantly white environment, the young men and their parents push toward success and discover their own individuality in the process.

Also airing in February are two programs that celebrate the contributions of artists such as Bobby McFerrin and Terence Blanchard in JAZZ AND THE PHILHARMONIC, and Bill T. Jones and Brian Stokes Mitchell in BECOMING AN ARTIST.

“PBS is committed to providing programming for diverse audiences all through the year, and Black History Month provides a special opportunity to shine a spotlight on the contributions of African Americans to our culture and history,” said Beth Hoppe, Chief Programming Executive and General Manager of General Audience Programming for PBS. “We are proud to celebrate these contributions with an array of exceptional programming, during Black History Month and all year long.”

“Our Black History Month lineup delves deep into the stories of notable people and historical topics in a way that’s uniquely PBS,” says Donald Thoms, Vice President, Programming and Talent Management.  “We feature the work of diverse and independent producers, which remains a staple of our content offerings year round, and I think our viewers will enjoy and even find a little inspiration from our content this year.”

In addition to on-air programs, the PBS Black Culture Connection (BCC), an extension of PBS.org featuring black films, stories and discussion across PBS, announces a digital partnership with the Because of Them, We Can™ campaign, which aims to educate and connect a new generation to heroes who paved the way. In an original blog series called “Behind the Lens,” hosted on PBS.org/bcc, PBS will go behind the camera of cultural architect and campaign photographer Eunique Jones Gibson, and her powerful images, to tell the rich story and history of African-American icons through the eyes of our nation’s youth. During the month of February, the BCC will feature images from the Because of Them, We Can™ campaign including portraits of children inspired by Harriet Tubman, James Brown, Muhammad Ali and the Freedom Riders, along with a blog post by the photographer giving details of the subject, the shoot and the child/children who are pictured. “Behind the Lens” will be hosted on both the PBS Black Culture Connection and on becauseofthemwecan.com.

“Eunique has created a special link to our past through a campaign that’s inspired and powered by our youth, our future,” said Nicole Eley-Carr, editor, PBS Black Culture Connection. “In many ways, she’s contemporizing Black History, and PBS is excited to be a space for this evolving dialogue that empowers young people by honoring achievers of yesterday and today.”

“I am excited and honored to share a glimpse into the making of the Because of Them, We Can™ campaign with the PBS audience,” said Eunique Jones Gibson. “Through the ‘Behind the Lens’ blog series I hope to further the campaign’s mission of building the esteem of both children and adults, while helping them reflect on a living legacy of greatness.”

AMERICAN MASTERS “Alice Walker: Beauty in Truth”
Friday, February 7, 2014, 9:00-10:30 p.m. ET
Most famous for her seminal novel The Color Purple, writer/activist Alice Walker celebrates her 70th birthday. Born February 9, 1944, into a family of sharecroppers in rural Georgia, she came of age during the violent racism and seismic social changes of mid-20th-century America. Her mother, poverty and participation in the Civil Rights Movement were the formative influences on her consciousness, becoming the inherent themes in her writing. The first African-American woman to win a Pulitzer Prize for Fiction, Walker continues to shine a light on global human rights issues. Her dramatic life is told with poetry and lyricism, and includes interviews with Steven Spielberg, Danny Glover, Quincy Jones, Howard Zinn, Gloria Steinem, Sapphire, and Walker herself.

INDEPENDENT LENS “Spies of Mississippi”
Monday, February 10, 2014, 10:00-11:00 p.m. ET
View the story of a secret spy agency formed during the 1950s and 60s by the state of Mississippi to preserve segregation and maintain white supremacy. Over a decade, the Mississippi State Sovereignty Commission employed a network of investigators and informants, including African Americans, to help infiltrate the NAACP, Congress of Racial Equality (CORE) and Student Nonviolent Coordinating Committee (SNCC). They were granted broad powers to investigate private citizens and organizations, keep secret files, make arrests and compel testimony. The program tracks the commission’s hidden role in important chapters of the Civil Rights Movement, including the integration of the University of Mississippi, the trial of Medgar Evers and the KKK murders of three civil rights workers in 1964.

JAZZ AND THE PHILHARMONIC
Friday, February 28, 2014, 9:00-10:30 p.m. ET
JAZZ AND THE PHILHARMONIC is a unique, generational and wholly American concert experience that highlights two of the greatest musical art forms the world has ever seen, classical and jazz. With performances by artists such as Chick Corea, Bobby McFerrin, Terence Blanchard and Elizabeth Joy Roe, this special emphasizes the works of legendary past composers such as Bach and Mozart with these contemporary artists. Songs are performed with the Henry Mancini Institute Orchestra from the University of Miami Frost School of Music and National YoungArts Foundation alumni.

BECOMING AN ARTIST
Friday, February 28, 2014, 10:30-11:00 p.m. ET
Enjoy an inspiring tribute to the power of mentoring and the vital role it plays in passing on our artistic cultural heritage from one generation to the next. The documentary features acclaimed artists across the disciplines, including Mikhail Baryshnikov, Robert Redford, Rosie Perez, Bill T. Jones, Frank Gehry, Brian Stokes Mitchell, John Guare and Kathleen Turner working with some of the nation’s most talented students selected by the National YoungArts Foundation. BECOMING AN ARTIST is a celebration of our cultural vitality and the need to ensure its continuance.

The following is a sample of the more than 30 programs available for online streaming on the BCC in February:

Find more information and high-resolution images from these programs on PBS PressRoom.

About PBS Black Culture Connection
The PBS Black Culture Connection, featuring video from films, award-winning documentaries and popular series like AMERICAN EXPERIENCE and FRONTLINE, links the diverse national content found on PBS with local programs, interviews and discussions from PBS member stations and from around the web. In addition to aggregating more than 100 digital resources about black history and culture in one place within PBS.org, the PBS Black Culture Connection features thematic film collections, biographies and profiles, original productions made just for the web and local station spotlights. After exploring the site, users are encouraged to connect with others through online discussion and to challenge themselves with a suite of quizzes. The PBS Black Culture Connection is made available through partnerships with member stations, including WNET and WGBH, and public media partners like the National Black Programming Consortium. It will also feature the works of producers like Henry Louis Gates, Jr., Stanley Nelson and Tavis Smiley.