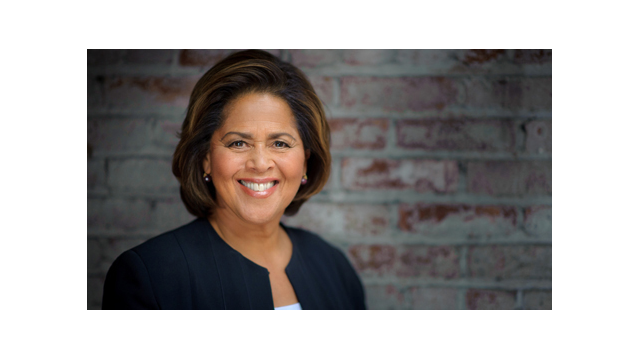 PASADENA, CA; January 4, 2012 – The PBS Arts Summer Festival, announced today at the Television Critics Association meeting, expands the scope and diversity of the arts on television, with a multi-part weekly series and new original online content that takes viewers across the country and around the world.  Award-winning television, film and stage star Anna Deavere Smith (“Nurse Jackie,” “The West Wing”) will serve as weekly host for the Summer Festival, which begins Friday, June 29, 2012 at 9p.m. ET. (Check local listings.)

The Summer Arts Festival line-up, part of PBS’ ongoing commitment to arts content on-air and online, features films that celebrate the contributions of independent filmmakers including a behind-the-scenes profile of actor/playwright John Leguizamo, a film that chronicles a year in the life of talented teenage Mariachi musicians, a look at priceless museum collections and a concert documentary profiling a world-renowned mezzo-soprano. The Festival explores international arts, including a historic concert by four Cuban music greats and a journey into Islamic art narrated by acclaimed actress Susan Sarandon.  Slated to run for seven weeks, an additional program will be announced at a later date.

“In the last broadcast season, more than a quarter of all U.S. households tuned into our PBS arts programming, including millions who connected to the arts through the PBS Arts Fall Festival,” said PBS President Paula Kerger. “The Summer Arts Festival is an extension of our year-round commitment to arts programming which viewers can enjoy every Friday night on PBS.”

“With Anna Deavere Smith as a guide, the PBS Arts Summer Festival will bring people behind the curtain and beyond the spotlight of the traditional performing arts,” added PBS Vice President of Programming Donald Thoms. “As the number one source for arts programming on television, PBS is proud to deliver such a diverse and vibrant array of content that viewers can’t find anywhere else.”

The PBS Arts Summer Festival takes viewers on an exploration of nearly 20 cities around the globe, offering an in-depth look at music, theater, art, architecture and cultural history from some of the world’s most unique locations. In addition, PBS stations will be able to insert local content highlighting the arts scene in their markets.

The current PBS Arts Summer Festival line-up follows below.  (The broadcast schedule will be confirmed later.)

THE BARNES COLLECTION (working title) This 60-minute film follows Dr. Albert Barnes on his remarkable rise from Philadelphia’s working-class neighborhood to the top of the modern art world.  This unique tale bounces back and forth through time as the late Dr. Barnes travels the world, collecting works of art by some of history’s most famous artists – Picasso, Cezanne, Matisse, Renoir and many others.  The film digs deep into the intricacies of each painting, offering a rare look at the priceless collection and the new Philadelphia museum that now houses it.  Produced by PBS Member Station WHYY.

HAVANA, HAVANA! This music-documentary vibrates with the soul and energy of African-Cuban drummers, guajira guitarists, and the pulsing melodies of celebrated Cuban musician Raul Paz.  Paz brings together fellow musical stars Descemer Bueno, Kelvis Ochoa and David Torrens for a concert in Havana.  All of them left Cuba years ago, and their decision to return has injected a new spirit into Cuban music.  Mirroring Cuba’s growing relationship with the world, HAVANA, HAVANA! highlights how the country’s musical expression is evolving in the 21st century.  Produced by David Grubin and Coloma Productions.

ISLAMIC ART: MIRROR OF THE INVISIBLE WORLD Narrated by award-winning actress Susan Sarandon, ISLAMIC ART: MIRROR OF THE INVISIBLE WORLD takes viewers to nine countries and across 1,400 years of cultural history to explore the astonishing artistic and architectural riches of this ancient religion.  With the insights and commentary of leading art scholars from around the world, the 90-minute film delves not only into the art of religious life in Islamic culture, but also into the secret world inside the palaces of the elite.  From the extraordinary array of metalwork, textiles, paintings, and architecture that illuminate the culture, filmmaker Rob Gardner sheds light on the shared histories of western and Islamic society, revealing more continuity than division.  Executive Produced by Alex Kronemer and Michael Wolfe of Unity Productions Foundation; Produced and Directed by Rob Gardner of Gardner Films.

JOHN LEGUIZAMO'S TALES FROM A GHETTO KLOWN This profile of actor/playwright John Leguizamo looks at his unorthodox rise to success, while capturing his struggles to mount his latest one-man show.  From a glimpse into his Colombian and “NuyoRican” roots to his high-profile career in Hollywood, Leguizamo bares his soul, giving viewers a behind-the-scenes glimpse at one of the industry’s most versatile actors. TALES FROM A GHETTO KLOWN is a co-production of Diamante Pictures, David Chitel, Fisher Stevens and directed by Ben DeJesus; and Latino Public Broadcasting with major funding provided by the Corporation for Public Broadcasting.

MARIACHI HIGH In a part of America that rarely makes headlines, there is a small town with a group of teenagers who will captivate your ears and warm your heart. Mariachi High spends a year in the life of the champion mariachi ensemble at Zapata High School.  As they compete and perform with astonishing musical virtuosity, these teens, and the music they make, will inspire, surprise, and bring you to your feet.  MARIACHI HIGH is a production of Rubylake, Ilana Trachtman and Kim Connell in association with Latino Public Broadcasting with major funding provided by the Corporation for Public Broadcasting.

An additional program in the PBS Arts Summer Festival will be announced separately.

ABOUT ANNA DEAVERE SMITH
Anna Deavere Smith is well known to television audiences for playing Gloria Akalitus on Showtime’s hit series “Nurse Jackie” and Nancy McNally on NBC’s “The West Wing.” But she made her name first in theater, where her acclaimed solo works explore American character and its multifaceted national identity.   She has won numerous accolades, among them two Obies, two Tony nominations and a MacArthur fellowship.  In her theater work, Smith is known for looking at controversial events from multiple points of view.  She is author of the acclaimed plays Twilight: Los Angeles 1992, Fires in the Mirror and House Arrest.  Her most recent, Let Me Down Easy – to be broadcast on PBS January 13, 2012 – tells the human side of the American health care story.

CREDITS
Funding for the launch of PBS Arts has been provided by Anne Ray Charitable Trust, public television viewers and PBS.

About PBS
PBS, with its nearly 360 member stations, offers all Americans the opportunity to explore new ideas and new worlds through television and online content. Each month, PBS reaches 124 million people through television and 20 million people online, inviting them to experience the worlds of science, history, nature and public affairs; to hear diverse viewpoints; and to take front-row seats to world-class drama and performances. PBS’ broad array of programs has been consistently honored by the industry’s most coveted award competitions. Teachers of children from pre-K through 12th grade turn to PBS for digital content and services that help bring classroom lessons to life. PBS’ premier children’s TV programming and its website, pbskids.org, are parents’ and teachers’ most trusted partners in inspiring and nurturing curiosity and love of learning in children. More information about PBS is available at www.pbs.org, one of the leading dot-org websites on the Internet, or by following PBS on Twitter, Facebook or through our apps for mobile devices. Specific program information and updates for press are available at pbs.org/pressroom or by following PBS Pressroom on Twitter.

For full episode descriptions, images, videos and additional up-to-date information on these and other PBS programs, visit PBS PressRoom at pbs.org/pressroom.