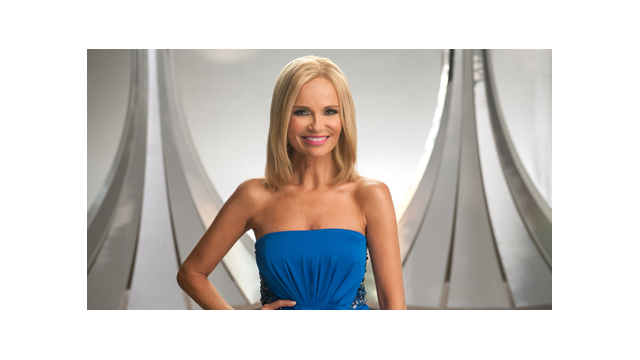 Entering its fourth season, the PBS Arts Fall Festival has become a Friday night fall tradition, reaching more than 33 million viewers since its conception in 2011, and underscoring PBS’ ongoing commitment to giving audiences a front-row seat and a backstage pass to the best of the arts on-air and online. The series will be hosted by Emmy and Tony Award-winning actress and accomplished singer Kristin Chenoweth beginning Friday, September 26, 2014 at 9:00 p.m. ET (check local listings).

“PBS’ commitment to the arts, and stature as the only destination for quality arts programming on television is cemented with this fall’s robust, diverse lineup,” said PBS President and CEO Paula Kerger. “With Live From Lincoln Center and Austin City Limits both celebrating milestone 40th anniversaries, and the tremendously talented group of artists we’re bringing to viewers through the Festival, this fall’s lineup is unprecedented.”

“The Festival showcases great star power, diversity and fantastic performances,” said PBS Vice President of Programming and festival curator, Donald Thoms. “With Kristin Chenoweth as our host and guide, we expect these shows to resonate with audiences who seek out classic Broadway performances, contemporary hits and a vast array of musical genres with some of the most legendary artists of our time.”

LIVE FROM LINCOLN CENTER’S 40th Anniversary Season “‘Sweeney Todd: The Demon Barber of Fleet Street’ In Concert with the New York Philharmonic"
Friday, September 26, 2014, 9:00 p.m.-11:30 p.m. ET
Throughout its 40-year history, LIVE FROM LINCOLN CENTER has been a cornerstone of performing arts broadcasting, presenting the world’s greatest artists and performances in music, dance, and theater from the New York institution’s renowned stages. The New York Philharmonic’s acclaimed production of Stephen Sondheim’s iconic musical thriller “Sweeney Todd: The Demon Barber of Fleet Street,” staged in March 2014 to a sold-out crowd at Avery Fisher Hall, tells the story of a barber who, with his romantically inclined landlady, Mrs. Lovett the piemaker, seeks vengeance on what he considers a merciless world. The remarkable cast features bass-baritone Bryn Terfel in the title role and Academy Award-winning actress Emma Thompson as Mrs. Lovett, with Christian Borle and many more. Multi-Tony Award-winner Audra McDonald hosts.

THE GERSHWINS’® PORGY AND BESS SM FROM SAN FRANCISCO OPERA (by George Gershwin, DuBose and Dorothy Heyward, and Ira Gershwin)
Friday, October 17, 9:00p.m.-12:00 a.m. (Oct. 18) ET
This production of Porgy and BessSM from San Francisco Opera stars bass-baritone Eric Owens as Porgy and soprano Laquita Mitchell as Bess in the turbulent story of a disabled man, the headstrong woman he loves and the community that sustains them both. John DeMain conducts the San Francisco Opera Orchestra and Chorus in this American musical theater staple set in an African-American community on Catfish Row in coastal South Carolina. Porgy and BessSM is based on the play by Dubose and Dorothy Heyward, with music by George Gershwin including the celebrated jazz standard “Summertime.”

HITMAKERS
Friday, November 14, 9:00-10:00 p.m. ET
“HITMAKERS” is an up-close look at the music industry’s resilience in the digital age, from the perspective of groundbreaking artists, music label mavericks, and game-changing managers.  These crucial players have shaped the music business over the past 100 years, changing pop culture in the process.  Today’s artists challenge the paradigm further, taking control of their careers and sometimes shucking the system altogether to record and release music on their own.  Record labels large and small also have found they must innovate to thrive.  Entertaining and thoughtful, “HITMAKERS” boasts an unforgettable soundtrack.The special features interviews and performances from notable artists such as Melissa Etheridge, The Roots’ Questlove, Sharon Jones, rising DJ/producer Steve Aoki, and many more.

KRISTIN CHENOWETH: COMING HOME
Friday, November 28, 9:00-10:00 p.m. ET
Emmy and Tony Award-winner Kristin Chenoweth brings it home -- to Broken Arrow, Oklahoma that is -- to perform music from her career.  With a classically trained voice set off by a gift for acting and comedy, Chenoweth appears at a state-of-the-art theater that now bears her name, performing Broadway, television and film songs like “Popular” and “For Good” from WICKED, songs from her acclaimed performances on GLEE, and beloved music from LES MISERABLES, PHANTOM OF THE OPERA and many more. Backed by a 13-piece orchestra led by Musical Director Mary-Mitchell Campbell, Chenoweth welcomes song and dance friends from Broadway in a program sure to be unforgettable. Produced and directed for television by Scott Lochmus.

The PBS Arts Fall Festival is made possible by generous support from Anne Ray Charitable Trust.

About Kristin Chenoweth
Emmy and Tony Award-winner and Hollywood Bowl and Oklahoma Hall of Fame inductee, Kristin Chenoweth effortlessly transitions between stage, television, film and an accomplished singing career. Many remember her show-stealing, Tony-winning performance in “You’re A Good Man, Charlie Brown” and her triumphant star turn when she originated the role of Glinda the Good Witch in “Wicked,” which earned her a leading actress Tony Award nomination. While starring in the ABC series “Pushing Daisies,” she received an Emmy Award for Best Supporting Actress in a Comedy Series. Chenoweth has appeared on Fox’s comedy “Glee” in a role for which she was nominated for two Emmy Awards and for a People’s Choice Award in the category of Favorite TV Guest Star. She will return to Broadway, playing the glamorous film star, Lily Garland, in the Roundabout Theatre Company’s 20-week limited engagement of “On the Twentieth Century,” in early 2015. Chenoweth has completed production on the Universal film “The Boy Next Door,” alongside Jennifer Lopez, “Opposite Sex,” an indie teen drama entitled “Hard Sell” and the Disney Channel’s live-action original movie “Descendents,” in which she will play the classic Sleeping Beauty villain Maleficent.