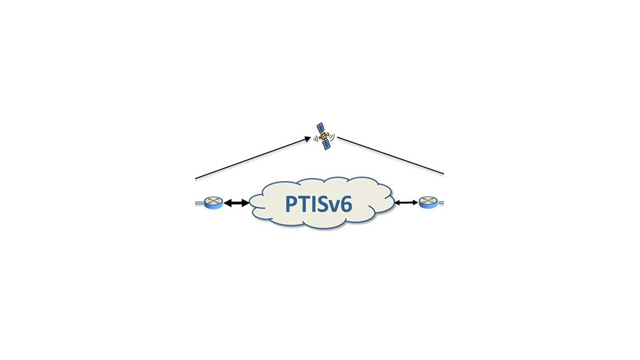 Arlington, VA, October 21, 2013 – The Public Broadcasting Service (PBS) announced today the start of a Request for Information (RFI) process intended to solicit industry input into the definition of the Public Television Interconnection System – Version 6 (PTISv6), the interconnection service that will be the successor to the current public television distribution system in 2016. Potential vendors should express their initial interest by November 1, 2013.

This RFI process will be of interest to organizations with the technology, qualifications and experience necessary to meet the demanding requirements of one of the nation’s largest media distribution systems – today distributing a dozen channels to over 170 sites spread across 50 states, the District of Columbia, and four U.S. territories. PBS is soliciting RFI responses from companies that can provide components of or complete solutions for point-to-multipoint broadcast quality media distribution for video, audio, and multiplatform content; sophisticated cloud computing solutions for media and entertainment applications; as well as system integration services and hardware/software products for such a system or service. Connectivity approaches could include terrestrial or satellite connectivity or a blend of the two. Companies have until Friday, November 1, 2013 to express their interest in participating in the RFI process by visiting http://bit.ly/1bERhI0 and completing a one-way Non-Disclosure Agreement (NDA) and short informational form. Companies selected to participate will then receive further details on the process, which is expected to be completed by December 31, 2013.

The RFI process is expected to be sufficient for PBS to select an optimum system architecture and deployment approach, to set a budget and to decide on an appropriate procurement approach. It is also expected that the RFI process will allow PBS to determine a shortlist of qualified equipment/software vendors, system integrators and service providers that would be interested in participating in a potential Request for Proposal (RFP) process sometime in 2014 for an operational system.

“The current Public Television interconnection system is scheduled to be upgraded or replaced by late 2016 with a system capable of meeting the needs of PBS and the public broadcasting community for as long as the next 10 years,” said Eric Wolf, Vice President of Technology Strategy & Planning for PBS. “We expect this project to deliver a platform that is reliable, transformative, innovative, flexible and efficient. With the recent dramatic improvements in connectivity and media technology, this project can both improve the national content distribution tools and also enable our Public Television stations to take advantage of connectivity and cloud technologies to transform local station operations. We are looking forward to a broad response from industry to this RFI in order to help us understand the options available and to help us define the best possible approach for the Public Media community.”

After receiving expressions of interest, PBS will provide participants with an initial RFI Process and System Requirements Overview document that will include a description of the work done to date, an overview of the major system requirements, a description of the step-by-step RFI process and timeline that will be followed for those selected to participate and the terms and conditions of participation. Interested parties should visit the web site identified above to complete the short agreement and provide an expression of interest. Selected parties will be required to sign a mutual two-way NDA later in the process which will provide the framework for submission of their responses to more detailed RFIs to be provided by PBS.

This announcement, and any RFI resulting from it, is not an offer to contract but rather an attempt to provide industry with information on PBS’s potential procurement plans and to solicit industry input early in the process so that the best possible system for PBS and the member stations can be defined and procured. At no time shall PBS be considered to be under any obligation or commitment to retain the services of any respondent to this announcement or the RFIs to be issued until and unless a contract has been entered into.

ABOUT PBS
PBS, with its over 350 Public Television stations, offers all Americans the opportunity to explore new ideas and new worlds through television and online content. Each month, PBS reaches nearly 120 million people through television and nearly 29 million people online, inviting them to experience the worlds of science, history, nature and public affairs; to hear diverse viewpoints; and to take front row seats to world-class drama and performances. PBS’ broad array of programs has been consistently honored by the industry’s most coveted award competitions. Teachers of children from pre-K through 12th grade turn to PBS for digital content and services that help bring classroom lessons to life. PBS’ premier children’s TV programming and its website, pbskids.org, are parents’ and teachers’ most trusted partners in inspiring and nurturing curiosity and love of learning in children. More information about PBS is available at www.pbs.org, one of the leading dot-org websites on the Internet, or by following PBS on Twitter, Facebook or through our apps for mobile devices. Specific program information and updates for press are available at pbs.org/pressroom or by following PBS Pressroom on Twitter.