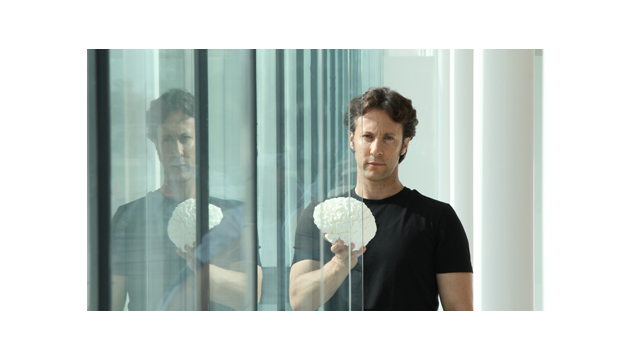 BEVERLY HILLS, CA; July 22, 2014 -- Today at the Television Critics Association Press Tour, PBS announced the production of its newest science series, THE BRAIN WITH DR. DAVID EAGLEMAN (w.t.), six one-hour episodes that tell the story of the inner workings of the brain and take viewers on a visually spectacular journey into why they feel and think the things they do. The show will premiere in 2015 as part of the PBS “Think Wednesday” lineup of science and nature programming.

The series, hosted by Dr. David Eagleman, neuroscientist, New York Times best-selling author and a Guggenheim Fellow, will reveal the human story by blending scientific truth with innovative visual effects and compelling personal stories. With barely a brain scanner or a white coat in sight, THE BRAIN focuses on understanding the fundamental truths of what it means to be human now and in the coming centuries, while communicating these elegant and simple ideas as they apply to us and our experiences.

Dr. Eagleman’s exciting multi-disciplinary approach has earned him respect — and fans — across the globe. He will take viewers on a fascinating journey through our inner cosmos, exploring the brain’s neural landscape while asking profound questions like “What is reality?” and “Who is in control?” He will also look at the darker side of humanity in order to understand why the brain drives us towards certain actions and behaviors.

“The brain is a very interesting and complicated part of the human anatomy, and this series will boldly venture to this inner cosmos in a way not seen on television before,” said Beth Hoppe, Chief Programming Executive and General Manager of General Audience Programming for PBS. “We are pleased to have such an accessible and renowned scientist as David present this groundbreaking series as part of our Wednesday lineup — what we think of as the smartest night on television.”

“In a cubic centimeter of brain tissue there are as many connections as stars in the Milky Way Galaxy. Somehow our thoughts, our hopes, and our dreams are contained in these three pounds of wet biological material,” said Dr. Eagleman. “I hope that when viewers watch THE BRAIN, they will take away the love of science and wonder that make us all unique. I’m honored to present this program on PBS.”

THE BRAIN WITH DR. DAVID EAGLEMAN is part of PBS’ new “Think Wednesday” programming lineup of television’s best science, nature and technology programming that includes the acclaimed series NATURE and NOVA, the highest-rated nature and science series on television, coupled with new special programming at 10 p.m. Wednesday nights on PBS offer new perspectives on life in the universe and keep viewers both curious and wanting more.

THE BRAIN WITH DR. DAVID EAGLEMAN is produced by Blink Films. The series is executive produced by Justine Kershaw and Dr. David Eagleman.

Major funding for THE BRAIN WITH DR. DAVID EAGLEMAN is provided by the CPB/PBS Program Challenge Fund, which supports high-impact content that engages viewers and new audiences of all demographics.

About Dr. David Eagleman
David Eagleman is a neuroscientist and a New York Times best-selling author. He directs the Laboratory for Perception and Action at the Baylor College of Medicine, where he also directs the Initiative on Neuroscience and Law. He is best known for his work on time perception, synesthesia and neurolaw. At night he writes. His work of fiction, SUM, is an international best-seller published in 27 languages; Why the Net Matters examines what the advent of the internet means on the timescale of civilizations; Wednesday Is Indigo Blue explores the neurological condition of synesthesia, in which the senses are blended. His most recent book, the New York Times best-seller Incognito: The Secret Lives of the Brain, explores the neuroscience “under the hood” of the conscious mind — in other words, all the aspects of neural function to which we have no awareness or access.

About Blink Films
Blink Films is a BAFTA award winning production company set up by Dan Chambers and Justine Kershaw. Since 2007 Blink has made over 200 hours of television - from factual to formats, documentaries, entertainment, drama-doc and comedy - all noted for their intelligence, warmth and creativity. Blink relishes the creative challenge of telling the ‘untellable’ whether it’s visualizing the extraordinary story of reproduction by scaling sperm up to human size or exploring the sensitive subject of death through a ground-breaking science experiment. Blink exudes a passion for making stand-out television, from one-off feature length documentaries to each individual episode of a ten-part series, and the programs rely on strong relationships with all contributors. Blink has coproduction deals with broadcasters in the UK, US, Canada, Australia and France with programs that have sold to over 50 countries around the world.