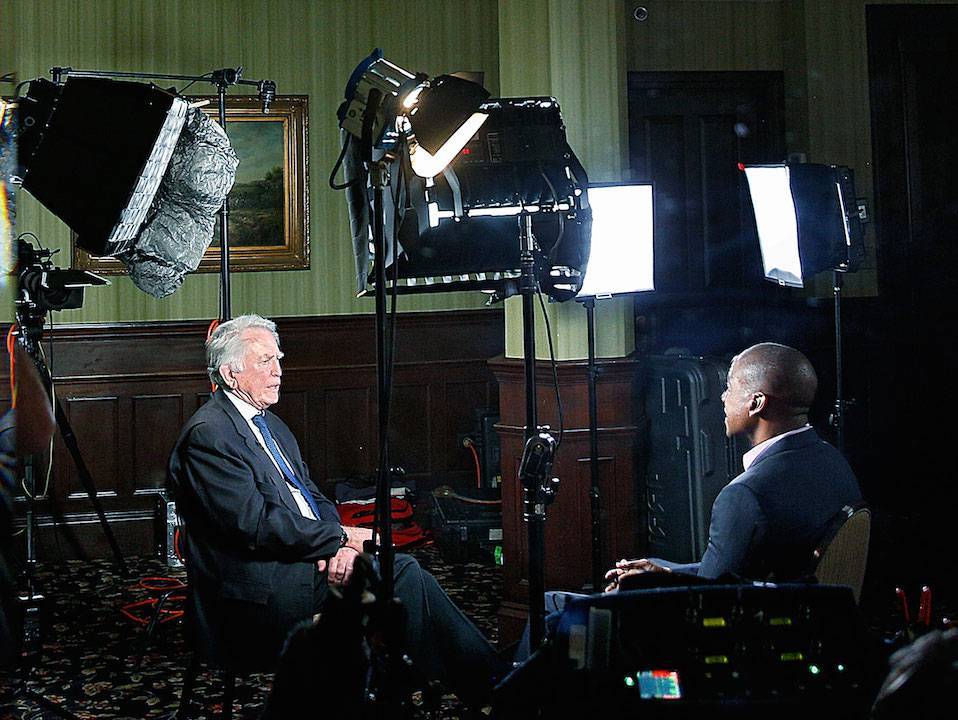 More than 100 interviews with candidates and their strategists offer unexpected human moments and new insights into political battles for the U.S. presidency

BEVERLY HILLS, CA; July 29, 2016 — At the Television Critics Association Press Tour today, PBS announced the full list of subjects for THE CONTENDERS − 16 for ’16, a multi-part documentary featuring candidates in the most contentious and compelling political campaigns of all time. Created and produced by OZY Media and hosted by Carlos Watson, THE CONTENDERS premieres Tuesday, September 13, 2016, 8:00-9:00 p.m. ET (check local listings). Each 60-minute episode features two candidates whose stories appear vastly different on the surface but share common elements that changed the outcomes of campaigns and the course of history.

The series kicks off with one such unlikely pair: 1970s presidential candidate Shirley Chisholm, the first black American and first female to run for the country’s top post, and Senator John McCain, who ran against Barack Obama in 2008. Despite extraordinarily different backgrounds, Chisholm and McCain both ran as plain-spoken outsiders. Chisholm’s slogan, “Unbossed and Unbought,” was underscored by a grassroots approach that saw her teams collecting cash in the streets, while McCain’s image as an outspoken maverick often led him to talk off-the-cuff. The show depicts game-changing moments in both campaigns: Chisholm’s betrayal by a friend in the House of Representatives who, at the last moment, decided he would not officially nominate her; and a revealing off-camera show-down between McCain and George W. Bush just prior to a live debate.

Week two of THE CONTENDERS (September 20) revisits the campaigns of former Vermont Governor Howard Dean and conservative insider Pat Buchanan — men of two divergent perspectives who were seen as insurrectionists within their own parties. Dean brought “participatory democracy” innovations to his campaign, such as the introduction of Internet fundraising that is now a standard part of campaigns. Buchanan—a so-called “paleo-conservative” insider who served several American presidents and advocated a strong move rightward for the Republican Party—ran twice for the Republican presidential nomination (1992 and 1996) and on the Reform Party ticket in 2000. Despite the strategies, scripts, data analysis and marketing that went into these campaigns, it was, again, the human moments that led to their unpredicted outcomes. For Gov. Dean, it was the excitement (and problematic acoustics) that gave rise to his infamous, campaign-imploding “scream.” For Buchanan, who had barely recovered from heart surgery at his first convention in 1992, a decision to go off the party script and detail his concept of a “cultural war” for the soul of America resulted in a speech that many believe divided Republicans and propelled Bill Clinton to the White House.

Pairings for the balance of the series include: Mitt Romney and Michael Dukakis (September 27); Gary Hart and Jesse Jackson (October 4); Barry Goldwater and Ronald Reagan (October 11); Ross Perot and Ralph Nader (October 18); Geraldine Ferraro and Sarah Palin (October 25); and George W. Bush and Barack Obama (November 1). Featured alongside the candidates, their families and their friends are a who’s who of campaign managers, observers and Washington, DC, insiders such as Susan Estrich, Karl Rove, Donna Brazile, Karen Hughes and dozens more. Through background stories of groundbreaking campaign moments, fatal missteps, behind-the-scenes insights and lessons learned by each candidate, the series explores deeper questions such as “Can a positive campaign be a winning campaign?” and “Should a single misstep define a campaign and a candidate?”

“The roster of participants and the unexpected pairings in THE CONTENDERS make this a must-watch series for anyone fascinated by the intrigue of national campaigns,” said Beth Hoppe, Chief Programming Executive and General Manager of General Audience Programming for PBS. “Every U.S. presidential election is not only a reflection on the current times, but also of the races that came before it.”

“I’ve been a political fanatic all my life, and thought I’d studied every aspect of campaigns, but it was utterly fascinating for me to hear directly from the candidates and their advisors what was going on behind the scenes that led to the newspaper headlines I’d read and the footage I’d seen on television,” said Carlos Watson, the series host and founder of OZY Media. “We tend to see scripted moments and strategic analysis so much that it’s easy to forget the candidates are people making choices and responding with human emotions. I have no doubt viewers will come away from this series feeling like they have a deeper connection to the democratic process playing out before our eyes this fall.”

THE CONTENDERS is part of PBS Election 2016, a multi-platform initiative that brings together PBS news, public affairs, documentary and digital programming to create the country’s most complete coverage of the 2016 election cycle. Acclaimed series PBS NEWSHOUR, PBS NEWSHOUR WEEKEND, FRONTLINE, WASHINGTON WEEK, CHARLIE ROSE, TAVIS SMILEY and AMERICA BY THE NUMBERS, in addition to partnerships with NPR and American Public Media’s “Marketplace,” will cover breaking election news, provide context to current and historical political issues, explore behind-the-scenes stories of candidates and the election process, as well as a broader look at the foundations of American government.

THE CONTENDERS is produced and directed by OZY Media for PBS. The show is created by executive producer Carlos Watson and produced by Cameo George. Major funding for the series has been provided by the Corporation for Public Broadcasting (CPB) and PBS.

PBS, with 350 member stations, offers all Americans the opportunity to explore new ideas and new worlds through television and online content. Each month, PBS reaches nearly 100 million people through television and nearly 33 million people online, inviting them to experience the worlds of science, history, nature and public affairs; to hear diverse viewpoints; and to take front row seats to world-class drama and performances. PBS’ broad array of programs has been consistently honored by the industry¹s most coveted award competitions. Teachers of children from pre-K through 12th grade turn to PBS for digital content and services that help bring classroom lessons to life. PBS’ premier children’s TV programming and its website, pbskids.org, are parents’ and teachers’ most trusted partners in inspiring and nurturing curiosity and love of learning in children. More information about PBS is available at www.pbs.org, one of the leading dot-org websites on the Internet, or by following PBS on Twitter, Facebook or through our apps for mobile devices. Specific program information and updates for press are available at pbs.org/pressroom or by following PBS Pressroom on Twitter.

With 20 million monthly unique users and 1.5 million subscribers, OZY brings readers “the new and the next,” offering 100% original content, with a focus on the future, via unique OZY News, OZY Magazine, OZY TV and OZY Events products. Called “the new media magnet for the news hungry” by Fortune magazine, OZY’s in-depth and high-quality journalism has attracted a number of high-profile media partners including The New York Times, NPR, PBS NewsHour, TED, The Financial Times, The Huffington Post and many more, as well as guest editors including Bill Gates, President Bill Clinton, and Prime Minister Tony Blair.

About the Corporation for Public Broadcasting

The Corporation for Public Broadcasting (CPB), a private, nonprofit corporation created by Congress in 1967, is the steward of the federal government’s investment in public broadcasting. It helps support the operations of nearly 1,500 locally owned and operated public television and radio stations nationwide. CPB is also the largest single source of funding for research, technology and program development for public radio, television and related online services. For more information, visit www.cpb.org and follow us on Twitter @CPBmedia, Facebook and LinkedIn.