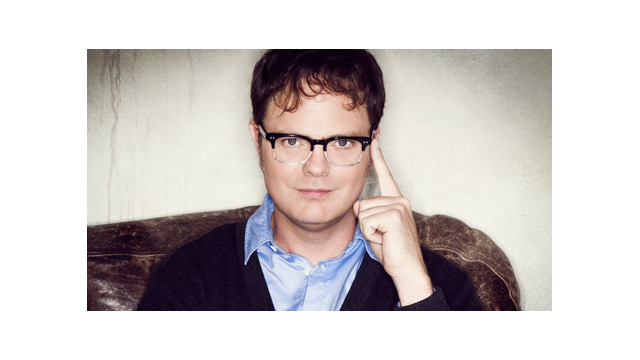 The nine-part performing arts series, featuring programs from cities and regions across the country, kicks off Friday, October 14, 2011, and continues each Friday (except December 9) through December 16. The hosts, who will open and close the broadcasts and introduce locally produced short films that accompany the main programs, were chosen for their special connections to the program content and/or the originating cities.

“It’s thrilling to have each of our hosts guide us in this nine-week journey into the best of American performing arts, and to explore the local stories that shape culture in communities across the country,” said Kerger. “I appreciate their support for this inaugural PBS Arts Fall Festival, part of our ongoing commitment to bring the arts into viewers’ homes — and on pbs.org/arts — on a regular basis.”

Wilson, who hosts the Fall Festival’s opening broadcast ofPBS Arts From Minnesota: THE GUTHRIE THEATER PRESENTS H.M.S. PINAFORE on October 14, is a veteran of the Guthrie Theater in Minneapolis, the city from which the show originates. Best known for his starring role on “The Office,” Wilson performed in Guthrie productions of Philadelphia, Here I Come! in 1996, as well as The Venetian Twins and The Importance of Being Earnest in 1998.

Oscar-winning film director Taylor Hackford hosts PBS Arts From Seattle: AMERICAN MASTERS “Pearl Jam Twenty,” which airs October 21. Hackford has a particular passion for music. In addition to Ray, a biopic about Ray Charles, and a documentary about Chuck Berry, many of his acclaimed films, such as An Officer and a Gentleman, Against All Odds and White Nights, included galvanizing soundtrack songs that became popular hits. Hackford is also president of the Directors Guild of America.

Academy Award-nominated and internationally acclaimed actor Andy Garcia hosts PBS Arts From Miami: GREAT PERFORMANCES “Miami City Ballet Dances Balanchine and Tharp,” which airs October 28. Garcia garnered a Best Supporting Actor nomination for his role in The Godfather: Part III, and has been seen in many notable theatrical and television films, including the hit remake of Ocean’s Eleven and For Love or Country: The Arturo Sandoval Story, an HBO film that he produced, and which received Emmy Award and Golden Globe nominations. Garcia has strong connections to Miami: His family was exiled from his native Cuba to South Florida when he was five, he studied acting at Florida International University and he maintains a home in the city.

Grammy-winning singer, songwriter and country music royalty Rosanne Cash hosts PBS Arts From the Blue Ridge Mountains: GIVE ME THE BANJO, which airs November 4. Cash’s music spans many genres, from country and folk to blues, rock and pop. Daughter of the late Johnny Cash, she has sung with banjo legend Earl Scruggs, who is featured prominently in the broadcast. In addition to introducing the show, Cash will talk with country music star Rodney Crowell about the influence of banjo music on their individual styles.

Her success in so many styles of music, from country, rock, standards, Mexican folk, operetta and more, added to her love for Spanish language, poetry and music, make Linda Ronstadt the ideal choice to host the November 25 broadcast of PBS Arts From Los Angeles: GREAT PERFORMANCES “Il Postino From LA Opera”with Plácido Domingo, sung in Spanish. One of the most awarded female musicians (10 Grammy Awards, two Academy of Country Music awards, an Emmy Award, and numerous gold, platinum and multiplatinum albums), Ronstadt was also nominated for a Tony and a Golden Globe for her role in the Broadway production of Gilbert and Sullivan’s The Pirates of Penzance. She also received the ALMA award (created by the National Council of La Raza to honor Latino artists who promote a positive image of their community), presented to her by Domingo, making this a felicitous pairing of host and star.

The remaining PBS Arts Fall Festival hosts will be announced at a later date.

Funding for the launch of PBS Arts has been provided by Anne Ray Charitable Trust, public television viewers and PBS.

As part of its commitment to increase every American’s access to — and participation in — the arts, PBS kicks off the multi-platform PBS Arts Fall Festival on October 14. Anchored by broadcasts every Friday night into December and a range of related online content, the Fall Festival features artists and performances from nine communities across the country, with celebrity hosts from each locale. Comprising full-length performances, behind-the-scenes interviews, and artist and performer profiles, the PBS Arts Fall Festival is complemented by locally produced mini-documentaries that highlight related topics and cultural aspects of the country’s top arts cities.