PBS' AMERICA REVEALED, Hosted by Yul Kwon, Takes a Look at the Networks and Systems that Keep America Running 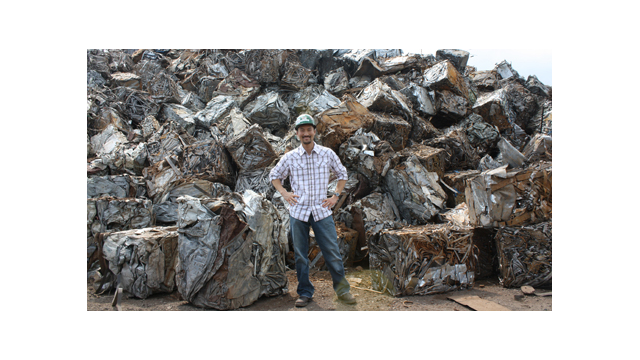 ARLINGTON, VA; February 22, 2012 –Viewers will be in for a new experience as they take to the skies for an epic journey and aerial look at the complex networks and systems that keep America running. Technology expert and communications attorney Yul Kwon (winner of “Survivor: Cook Islands”) serves as the adventurous host and guide for this four-part series, helping viewers discover and appreciate the vast infrastructure that makes our modern lives possible.

Using aerial footage, high-definition video and real-time satellite data, PBS’ AMERICA REVEALED follows Yul Kwon as he climbs, leaps and rides across the U.S. to trace the movements and communications that miraculously come together to grow and deliver our food; transport us and materials; and power our energy addiction. He introduces the individuals who conduct, maintain and keep these systems operating and are at the core of America’s revolutionary manufacturing transformation.

Surprises abound and common assumptions rebuffed as viewers learn and observe the details and trends that define and drive America’s industries: food, transportation, energy and manufacturing. AMERICA REVEALED will air on Wednesdays at 10 PM ET beginning on April 11 and include the following episodes:

“Food Machine” – April 11Over the past century, an American industrial revolution has given rise to the biggest, most productive food machine the world has ever known. Host Yul Kwon explores how this machine feeds nearly 300 million Americans every day. He embarks on a trip that begins with a pizza delivery route in New York City then goes across the country to California’s Central Valley, where nearly 50 percent of America’s fruits, nuts and vegetables are grown and skydives into the heartland for an aerial look of our farmlands. He meets the men and women who keep us fed 365 days a year — everyone from industrial to urban farmers, crop dusting pilots to long distance bee truckers, modern day cowboys to the pizza deliveryman.

“Nation on the Move” – April 18America is a nation of vast distances and dense urban clusters, woven together by 200,000 miles of railroads, 5,000 airports, and four million miles of roads. These massive, complex transportation systems combine to make Americans the most mobile people on earth. Yul Kwon journeys across the continent by air, road and rail and ventures behind the scenes with the workers who get us where we need to go. At the Federal Aviation Administration command center, he listens in on a call with NASA, the secret service, the military and every major airline to learn how our national flight plan works today. He meets innovators who are creating ways to propel us farther and faster in years to come; in Las Vegas, he heads out into the wild night to see how transportation analysts are keeping traffic at bay by revolutionizing the use of one basic tool: the traffic light.

“Electric Nation” – April 25 Our modern electric power grid has been called the biggest and most complex machine in the world — delivering electricity over 200,000 miles of high-tension transmission lines. Yul Kwon travels around the country to understand its intricacies, its vulnerabilities and the remarkable ingenuity required to keep the power on every day. At New York State’s governing grid control room, he learns how a massive blackout cut power to 40 million Americans and joins a live wire repair team who do their daring repairs from the side of a helicopter in flight. He also visits the country’s largest coal mine, rappels down the side of wind turbine, takes a rare tour of a nuclear plant and travels on a massive tanker — where Kwon reflects on the challenges and opportunities we face now and in the days ahead to keep the power flowing.

“Made in the USA” – May 2 Contrary to recent widely held beliefs, America is actually the number one manufacturing nation on earth. Yul Kwon meets the men and women who create the world’s best and most iconic products; engineers who are reinventing the American auto industry; steelworkers who brave intense heat to accommodate radical new ideas about recycling; and engineers who are re-imagining the microchip. Yul further explores the emerging notion that manufacturing itself is changing from a system based on the movement and assembly of raw materials like steel and plastic to a system in which ideas and information are the raw materials of a new economy based around communications and social connections via companies like Facebook and Google.

Produced by award-winning Lion Television and based upon the BBC’s award-winning “Britain From Above,” AMERICA REVEALED goes beyond the country’s physical infrastructure and introduces the men and women whose work involves observing America from above: a crop duster who struggles to maintain pinpoint accuracy while facing high winds and a small target; a power worker who fights the looming threat of a multi-state blackout by fixing live power lines, while precariously perched on the side of a helicopter; an air traffic controller who directs planes in increasingly crowded skies; a factory locator who uses the aerial perspective to reshape the country’s industrial landscape.

AMERICA REVEALED is a multiplatform series with extensive web, mobile and educational content. Before, during and after the broadcast, PBS viewers will be able to explore extensive materials from the show, including a wealth of web exclusive content that reveals even more about the topics covered in the broadcast, as well as contribute their own original content at pbs.org/america-revealed. For teachers and students, a wealth of research, graphics, videos and archives will be made available to align with the classroom curriculum.

Formed in 1997, Lion Television specializes in bringing their unique brand of documentary, investigative, entertainment and historical programming to broadcasters around the world. Past productions include the breakthrough factual series “Castaway,” the HD experiential series “Atlas” for the Discovery Channel U.S. and, most recently, “Britain From Above,” a landmark series that aired on BBC One, Two and Four. Past U.S. productions include “It Takes a Thief” for Discovery Channel, “S.W.A.T. USA” for Court TV and “Whose Wedding Is It Anyway?” for Style.

In 2010, Lion Television USA celebrated its third consecutive Emmy win in the Outstanding Game Show category for “Cash Cab” on Discovery Channel. “Cash Cab” is made locally in more than 40 countries and has aired more than 250 episodes in the U.S. and 2,500 episodes worldwide.