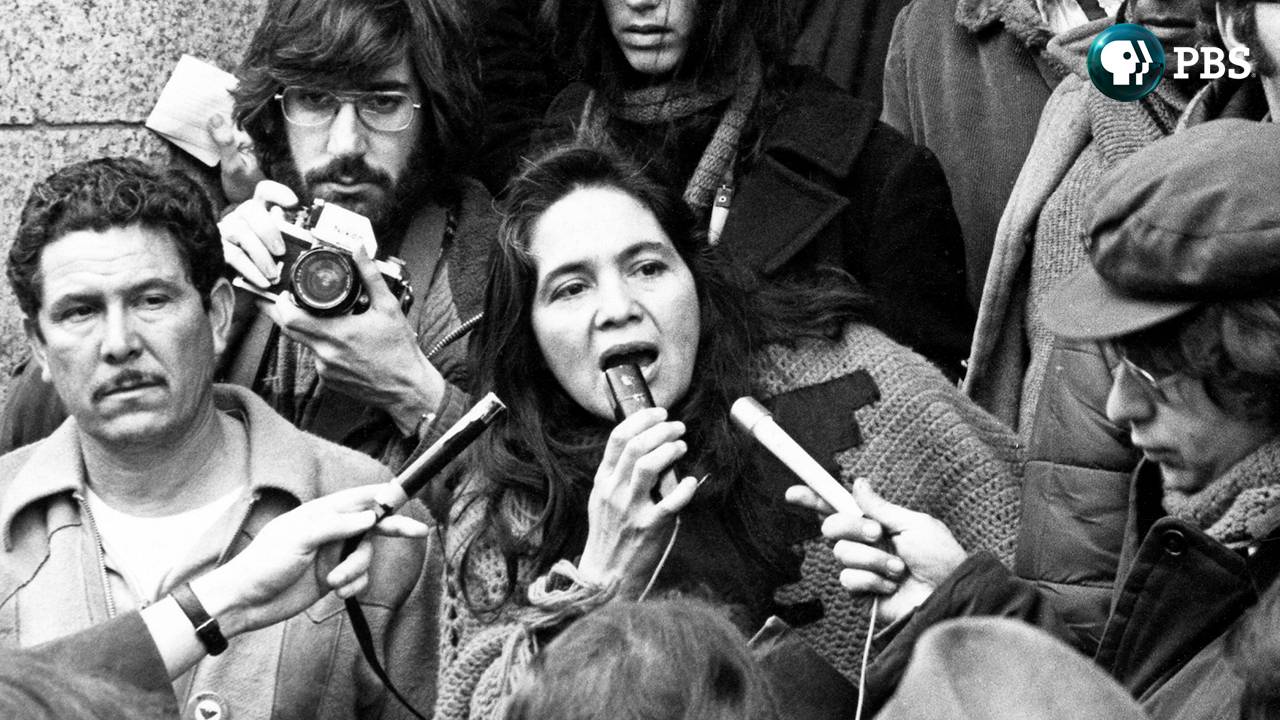 Documentary to Broadcast on INDEPENDENT LENS in 2018

ARLINGTON, VA & SAN FRANCISCO, CA; April 5, 2017—  PBS announced today it has acquired North American distribution rights for “Dolores,” which premiered at the Sundance Film Festival earlier this year in the US Documentary Competition category. “Dolores” sheds light on an enigmatic, intensely private woman who is among the most important yet little-known workers’ rights activists in American history—Dolores Huerta.

Through a partnership between PBS, PBS Distribution, PBS documentary series INDEPENDENT LENS, and Latino Public Broadcasting, the film will see a theatrical release this fall and will make its broadcast premiere on PBS in 2018. This is the first film acquisition since PBS and PBS Distribution announced plans to expand theatrical distribution efforts for independent film.

In addition, Latino Public Broadcasting (LPB) will support the acquisition and outreach effort to help bring “Dolores” to Latino communities and to classrooms.

In the copious volumes written about Cesar Chavez and how he formed the first farm workers’ union in America, there’s little mention of Dolores Huerta, although she was his equal partner and co-founder of the union. With unprecedented access to Dolores and her children, the film reveals the raw, personal stories behind the public figure. It portrays a woman both heroic and flawed, working tirelessly for social change even as her 11 children longed to have her at home.

“Dolores Huerta is an American treasure and a civil rights icon. Her name and her story should be known by all of us. When we saw ‘Dolores’ at Sundance, we knew it was the kind of compelling story that we wanted to help bring to diverse audiences across theaters, broadcast, and digital platforms,” said Marie Nelson, Vice President of News and Independent Film, PBS. “PBS is home to the very best in independent film, and as we expand our strategy to bring quality social issue documentaries to audiences everywhere, we are proud that this remarkable film will be part of that effort.”

“Dolores Huerta’s story shows us the power of individuals to create meaningful change. We are honored to be releasing this empowering film and bringing her story to a wide audience,” said Erin Owens, Head of Theatrical Distribution for PBS Distribution.

“In the 1970s, the national grape boycott Dolores Huerta helped organize played out in the small rural Minnesota farming community where I grew up—supported by our Catholic Church, along with tens of thousands of religious organizations across the country,” said Lois Vossen, INDEPENDENT LENS executive producer. “More than 40 years later, Dolores is still an indefatigable architect for social change on behalf of poor, under-represented people, urging them to seek self-determination with her refrain ‘Si Se Puede’ (‘Yes We Can’).”

“We’re extremely pleased to partner with PBS on this remarkable, moving film,” said Sandie Viquez Pedlow, executive director of Latino Public Broadcasting. “LPB has long been committed to presenting films that introduce audiences to often-overlooked Latinos who have shaped our nation, and Dolores Huerta is someone whose dedication, determination, and influence cannot be overstated.”

“We are thrilled and inspired to be partnered with PBS and INDEPENDENT LENS for the release of our film ‘Dolores’,” said Peter Bratt. “Part of our mandate at 5 Stick Films is to create socially relevant content which not only entertains, but also provides an alternative point of view for what it means to be mainstream. This is exactly the kind of work that PBS has been focused on since its inception: opening up new worlds to its viewers, using media to educate and captivate people with an immense diversity of perspectives. As longtime champions of arts education and public access for all, they are the perfect partners to illuminate and share Dolores Huerta’s compelling story and important work with the rest of the world.”

The deal was negotiated by Lois Vossen and Emily Rothschild on behalf of PBS Distribution / INDEPENDENT LENS and Annie Roney of Ro*Co Films, on behalf of the filmmakers.

About PBS Distribution
PBS Distribution is the leading media distributor for the public television community, both domestically and internationally, extending the reach of programs beyond broadcast while generating revenue for the public television system and production partners. PBS Distribution offers its customers a diverse range of programming, including Ken Burns’s films, documentaries from award-winning series such as NOVA, FRONTLINE, AMERICAN MASTERS, NATURE and AMERICAN EXPERIENCE, and dramas from MASTERPIECE, as well as films from independent producers and popular children’s programs. As a multi-channel distributor, PBS Distribution offers consumers high-quality content in multiple formats including DVD, Blu-ray, digital download and digital streaming. PBS Distribution is also a leading source for factual content for international broadcast, cable and satellite services.

About INDEPENDENT LENS
INDEPENDENT LENS is an Emmy® Award-winning weekly series airing on PBS Monday nights at 10:00 PM. The acclaimed series, with Lois Vossen as executive producer, features documentaries united by the creative freedom, artistic achievement, and unflinching visions of independent filmmakers. Presented by ITVS, the series is funded by the Corporation for Public Broadcasting, a private corporation funded by the American people, with additional funding from PBS, the John D. and Catherine T. MacArthur Foundation, Wyncote Foundation, and the National Endowment for the Arts. For more visit pbs.org/independentlens. Join the conversation: facebook.com/independentlens and on Twitter @IndependentLens.