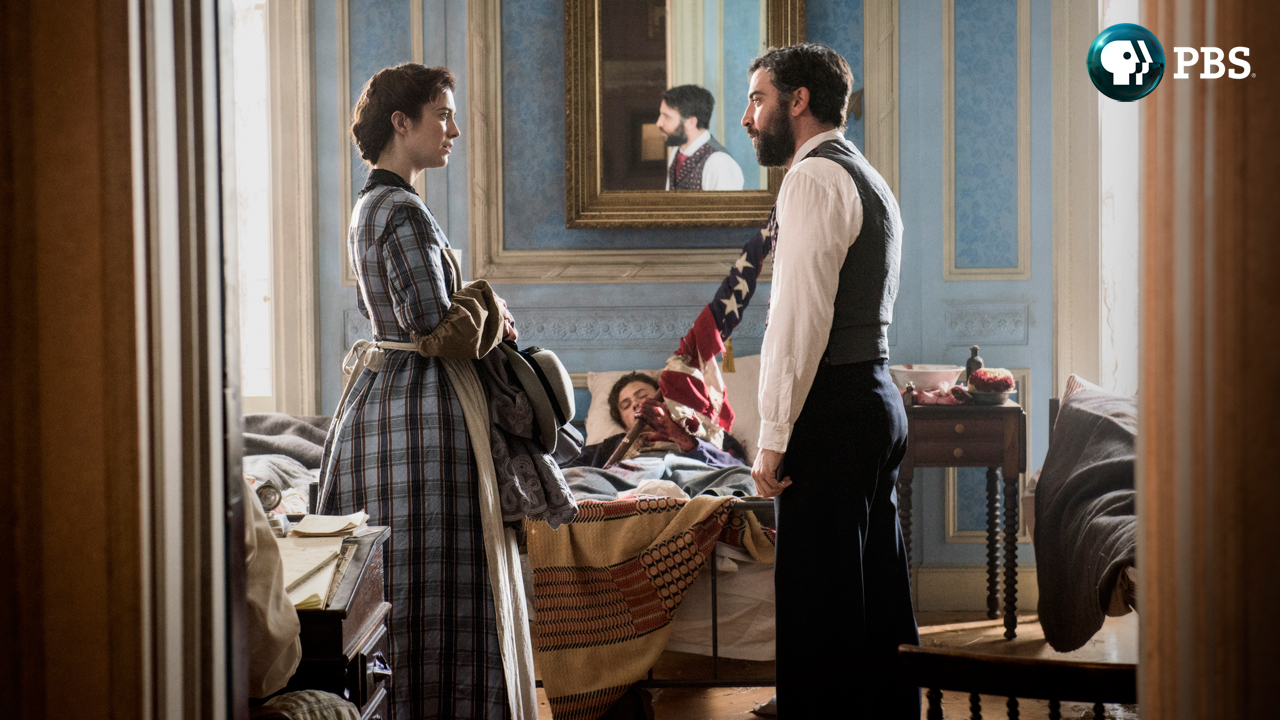 ARLINGTON, VA; April 29, 2015 – Today, PBS announced that an award-winning cast and acclaimed television directors Roxann Dawson and Jeremy Webb will join its new Civil War-based drama, officially named MERCYSTREET. The series is executive produced by Ridley Scott (Gladiator and Thelma &Louise) and David W. Zucker (“The Good Wife”) of Scott Free, and Lisa Q. Wolfinger (“Desperate Crossing, The untold story of the Mayflower”) and David Zabel (“ER”). Filmed on location in Virginia, the six-part series is the first American drama to air on PBS in more than a decade. The series will join a robust Sunday night drama lineup on PBS in winter 2016, including the final season of “Downton Abbey” on MASTERPIECE. Dean Devlin’s Electric Entertainment secured all foreign rights to the series early in the process, and will continue to sell international territories.

• MaryElizabethWinstead (“The Returned,” “Smashed,” TheSpectacularNow) as Nurse Mary Phinney, a feisty New Englander and widow who is a newcomer at Mansion House Hospital.

• JoshRadnor (“How I Met Your Mother,” LiberalArts, Broadway’s Disgraced) as Jedediah Foster, the civilian contract surgeon who grew up in a privileged Southern slave-owning household as the son of a wealthy Maryland landowner.

• GaryCole (“Veep,” “The Good Wife,” “Entourage”) as James Green, Sr., patriarch of the Green family, struggling to maintain his family business while living in an occupied city.

• PeterGerety (Syriana, CharlieWilson’sWar, Flight, God’sPocket, “The Wire,” “Prime Suspect”) as Dr. Alfred Summers, chief surgeon at Mansion House, who has risen to the rank of major by virtue of his age, not skill.

• NorbertLeoButz (“Bloodline”) as Dr. Byron Hale, an old-school army surgeon who lives life by the book. While Hale has an eye for the nurses, he has an ongoing relationship with Nurse Anne Reading.

• McKinleyBelcherIII (“Power,” “Madam Secretary,” “Chicago PD,” “Show Me A Hero”) as Samuel Diggs, a black laborer harboring a secret knowledge and ability in medicine, which he learned as a boy servant.

• ShalitaGrant (“NCIS: New Orleans,” “Bones”) as Aurelia Johnson, a beautiful, stoical ‘contraband’ working as a laundress at the hospital, and trying to bury her past.

• Newcomer HannahJames as Emma Green, an entitled Southern young woman who volunteers as a nurse at Mansion House Hospital, the facility established on the site of her family’s luxury hotel.

Acclaimed television director Roxann Dawson is directing the first three episodes of the drama. Her recent credits include “Hell on Wheels,” “Bates Motel,” “Bosch,” "The Good Wife" and "Treme." She has been producer-director on multiple shows, including “Scandal,” “Cold Case" and "Crossing Jordan." She is also known for portraying B’Elanna Torres on the series “Star Trek: Voyager.”

Jeremy Webb has recently directed episodes of “Masters of Sex,” “Turn,” “The Red Road” and “Downton Abbey” for MASTERPIECE on PBS, for which he received a 2013 Primetime Emmy nomination for Outstanding Directing for a Drama Series. The extensive body of his television work in the UK includes episodes of “Doctor Who” and “Merlin” for BBC1 and Shine, respectively.

“It’s an honor to be able to tell the exciting stories of real experiences and struggles of the war,” said Beth Hoppe, Chief Programming Executive and General Manager, General Audience Programming, PBS. “I know this talented and diverse cast and crew will be able to bring MERCYSTREET to life on screen. We will tell the story of what it was like in Alexandria, Virginia — the crossroads of the Civil War — by delving into the multifaceted lives of those in the hospital wards.”

Executive producer Lisa Q. Wolfinger said, “I’m delighted to be working with such a talented cast and crew on MERCYSTREET, a remarkable story that portrays perhaps the most challenging time in our nation’s history. Our diverse and colorful cast of characters — Union doctors, female volunteers, contraband laborers and Southern loyalists — will bring to life the chaotic world of Union-occupied Alexandria, Virginia, and the Mansion House Hospital.”

David W. Zucker, executive producer, added, “We’re thrilled to welcome these amazingly talented directors and actors to the set of MERCYSTREET, which tells the story of one of America’s most tumultuous times … . In their capable hands, this multi-layered story will be brought to life in a completely fresh and engaging series, including introducing two up-and-coming young cast members.”

MERCYSTREET follows the lives of two volunteer nurses on opposing sides of the Civil War — New England abolitionist Mary Phinney and Confederate supporter Emma Green. The Green family’s luxury hotel in Alexandria, Virginia, has been transformed into Mansion House, a Union Army hospital tending to the war’s wounded. Inspired by memoirs and letters from real doctors and nurse volunteers at Mansion House Hospital, this new drama reveals the stories of those struggling to save lives while managing their own hardships.

The series, which commenced production this month, is shot in the Richmond and Petersburg, Virginia, areas.

Virginia Governor Terry McAuliffe said, “We are proud to be hosting this series because it is a Virginia story and an American story of people who struggled to endure and prevail during one of the most divisive eras our nation has ever known. I enthusiastically welcome PBS and everyone involved in this important series to the Commonwealth. This new project from PBS will be an important contributor to the new Virginia economy.”

Funding for the series has been provided by the Anne Ray Charitable Trust and the Sloan Foundation. Additional support is provided by a grant from the Virginia Motion Picture Opportunity Fund, with additional funding by Electric Entertainment and public television viewers.

About Sawbone Films
A subsidiary of Lone Wolf Media, Sawbone Films specializes in scripted drama. President and owner Lisa Q. Wolfinger created the new PBS American drama concept in collaboration with David Zabel, showrunner and lead writer on NBC’s hit series “ER.” MERCYSTREET was inspired by the sesquicentennial of the Civil War and their shared passion for history.

About Scott Free
Scott Free Productions is the film and television production company of acclaimed film director Ridley Scott. In the 20 years since Scott Free was formed, the company has earned more than 70 Emmy nominations with 20 wins, and 20 Golden Globe nominations for its highly acclaimed television projects, which include the Peabody Award-winning “The Good Wife,” now in its sixth season for CBS, a drama series adaptation of Philip K. Dick’s classic “The Man in the High Castle,” now in production for Amazon, and “Killing Jesus,” the third in the acclaimed “Killing” telefilms (previously “Killing Kennedy” and “Killing Lincoln”) for National Geographic, each of which premiered to record numbers for the channel.

Notable limited series broadcasts are “Klondike” for Discovery, “The Pillars of the Earth” for Starz, “World Without End” for Reelz, “Into the Storm” and “The Gathering Storm” for HBO, “The Andromeda Strain” and “Coma” for A&E and “The Company” at TNT. Non-fiction programs are highlighted by the Emmy-winning documentary special “Gettysburg” for History Channel and “Crimes of the Century” for CNN. Projects currently on the development slate include “Strange Angel” for AMC, “Brain Dead” for CBS and “3001:The Final Odyssey” for Syfy. With offices in Los Angeles and London, Scott Free works closely with RSA Films, one of the world’s largest and most successful commercial production houses in the world.