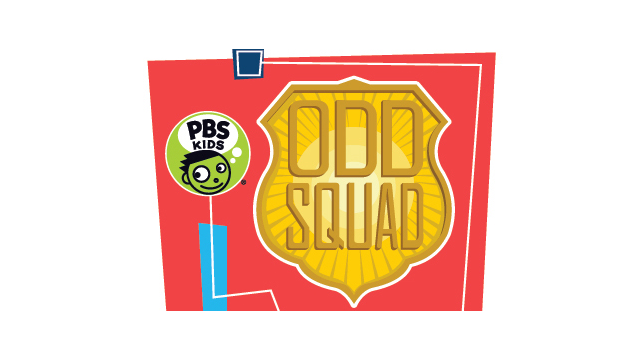 PBS Annual Meeting, San Francisco, CA, May 14, 2014 – Today at its annual meeting with PBS member stations from across the country, PBS KIDS announced the premiere date for its newest series ODD SQUAD. The live-action media property follows two young government agents, Olive and Otto, who use math skills and collaboration to investigate weird and unusual phenomena. ODD SQUAD will premiere Wednesday, November 26, 2014, on PBS KIDS with a special one-hour broadcast of two back-to-back episodes, along with integrated digital and offline content. The series will air on weekdays following the premiere (check local listings).

ODD SQUAD is created by Tim McKeon (The Electric Company, Foster?s Home for Imaginary Friends, Adventure Time) and Adam Peltzman (The Electric Company, The Backyardigans, Wallykazam!) and produced by The Fred Rogers Company and Sinking Ship Entertainment. It is funded by the Corporation for Public Broadcasting (CPB) and the U.S. Department of Education through the CPB-PBS Ready To Learn Initiative, a program that supports the development of innovative educational television and digital media targeted to preschool and early elementary school children and their families.

In each episode of ODD SQUAD, the young agents use math to put things right when oddness strikes. Olive and Otto solve cases ranging from disappearing zeroes to runaway dinosaurs, and the agents often find additional clues in the “Mathroom,” a futuristic space that is just a teleport away.

“We are excited to bring a new math show to the PBS KIDS line-up this November, particularly at a time when STEM education is proving to be so important,” said Lesli Rotenberg, General Manager, Children’s Programming, PBS. “Research shows that kids perform better when exposed early to math concepts, and ODD SQUAD introduces these topics in a fun and engaging way. And as viewers join Olive and Otto on their extraordinary adventures, they will also learn the importance of working together, communication and perseverance — skills that are integral to problem-solving and success in school and in life.”

The ODD SQUAD television series is part of a multiplatform media experience that will include interactive content online and on mobile. With ODD SQUAD’s digital content, kids will have the opportunity to solve cases and stop oddness, just like Olive and Otto and the rest of the Odd Squad. The show’s interactive features will include games, parent resources, mobile apps and more.

ODD SQUAD is part of PBS KIDS’ ongoing commitment to use the power of media to help open up worlds of possibilities for children. PBS KIDS serves young audiences wherever they live, learn and play — through educational apps, on TV, online and in the classroom.

About Sinking Ship Entertainment
Sinking Ship Entertainment is an award-winning production and interactive company that creates and produces groundbreaking kids TV and transmedia content. Since its founding in 2004, Sinking Ship has created and produced numerous children’s TV series and has been on the forefront of TV production and interactive media for kids. From being selected as one of the first partners of Amazon Studios with the upcoming series Annedroids, to achieving Nick Jr.’s highest debut of all time with the action-packed Emmy-nominated series Dino Dan, Sinking Ship Entertainment brings dynamic content to audiences around the world with shows broadcast in more than 130 countries. Other series highlights include the award-winning This is Daniel Cook, This is Emily Yeung and Are We There Yet?: World Adventure. Find out more at www.sinkingship.ca.