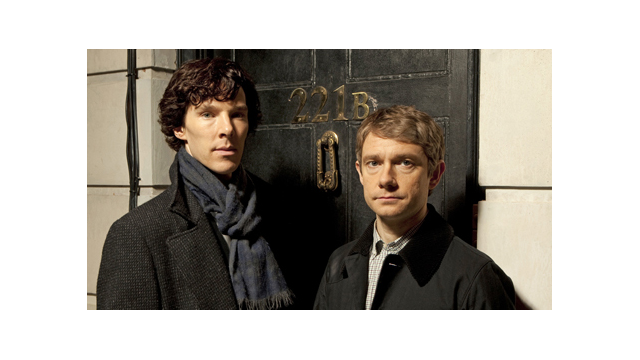 “Sherlock” leads the PBS pack with three nominations. The series, which features 21st -century crime fighters Sherlock Holmes and Dr. Watson, garnered nominations for three actors, including Leading Actor for Benedict Cumberbatch. In the Supporting Actor category, last year’s BAFTA winner Martin Freeman is once again nominated for his role as Dr. Watson up against castmate Andrew Scott as Moriarty.

Also nominated for Supporting Actor is Joseph Mawle for his performance in “Birdsong,” the story of lovers torn apart by World War I in this adaptation of Sebastian Faulks’ best-selling novel.

Five-time BAFTA winner and Academy fellow Maggie Smith is nominated in the Supporting Actress category for her performance as the Dowager Countess in “Downton Abbey,” the series that depicts the lives of the noble Crawley family and the staff who serve them at their Edwardian country house during World War I.

The spy drama “Page Eight” is nominated in the Single Drama category. The program features an aging spy who stumbles on an international scandal that could bring down the British government.

“Sherlock” is also nominated for a YouTube Audience Award, which is voted on by the public (in the UK only).

PBS congratulates our friends at WGBH and MASTERPIECE for all their BAFTA nominations!