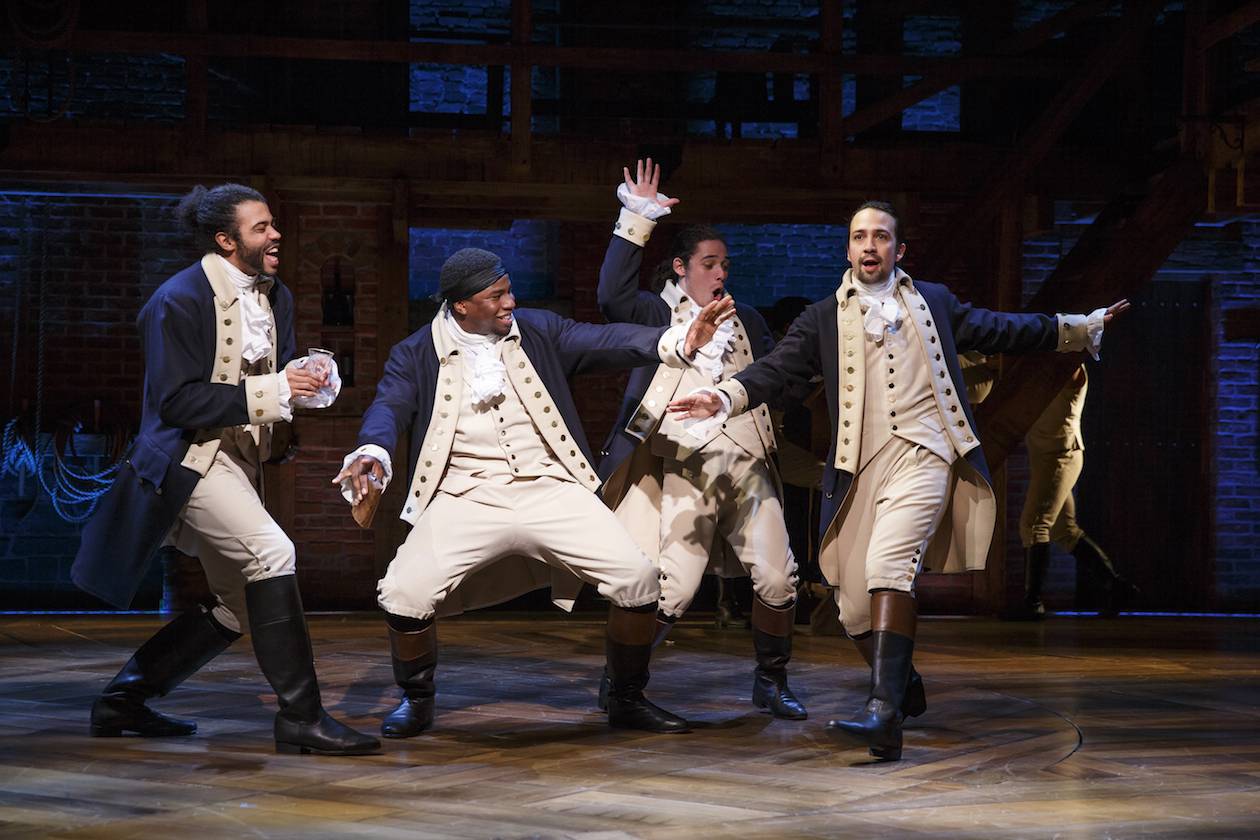 BEVERLY HILLS, CA; July 28, 2016 – The PBS Arts Fall Festival returns Friday nights, beginning October 21, 2016, with all new programs, including the highly anticipated look into the making of the Broadway phenomenon Hamilton, a contemporary take on the life of Founding Father Alexander Hamilton. Visionary Lin-Manuel Miranda, the show’s Tony and Grammy Award-winning creator and star, will host this year’s festival. GREAT PERFORMANCES“Hamilton’s America” gives viewers a look at Miranda and his colleagues’ creative process during the three years leading up to the Broadway opening of the record-breaking musical winner of 11 Tony Awards and the Pulitzer Prize.

“The PBS Arts Fall Festival spotlights some of the best of the arts across our great country. For this sixth annual Festival, I am thrilled to announce that Lin-Manuel Miranda will be our host,” said PBS President and CEO Paula Kerger. “I truly admire how Lin-Manuel Miranda has redefined the musical genre, inviting audiences to explore our nation’s history in groundbreaking new ways. As our host, I know that he will bring tremendous creative energy and help us attract new audiences to this year’s festival.”

“I'm such a huge fan of PBS. For my entire life it’s been our window into a world of the arts that isn’t available anywhere else on TV,” said Lin-Manuel Miranda. "This year’s PBS Arts Fall Festival lineup is incredible, and I am excited to not only host the festival, but have ‘Hamilton’s America’ kick it off.”

LIVE FROM LINCOLN CENTER delivers “Lang Lang’s New York Rhapsody,” a love letter from renowned pianist Lang to the city he calls home. This ode to New York includes both classical and pop music, as guest stars Rufus Wainwright, Suzanne Vega, Regina Spektor and Andra Day also perform. LIVE FROM LINCOLN CENTER also brings to the festival lineup “Joshua Bell’s Seasons of Cuba,” in which violinist Bell performs with the Chamber Orchestra of Havana, which is composed of some of Cuba’s most accomplished classical musicians. Bell dazzles the audience with selections of Vivaldi’s Four Seasons and other classic works, building a bridge between Cubans eager to engage with American artists in a new landscape of cultural exchange. Additionally, LINCOLN CENTER AT THE MOVIES offers a special presentation of “Alvin Ailey American Dance Theater,” featuring a series of works that reflect the company’s spectacular range, diversity and artistry, culminating in a performance of its beloved signature work, Revelations.

From the John F. Kennedy Center for the Performing Arts in Washington, DC, some of the biggest names in comedy salute Emmy Award-winning actor and comedian Bill Murray, the 19th recipient of the Mark Twain Prize for American Humor, when BILL MURRAY: THE MARK TWAIN PRIZE comes to the PBS Arts Fall Festival. Rounding out the festival is ALAN CUMMING SINGS SAPPY SONGS, presented by Vegas PBS and The Smith Center for the Performing Arts. Get out your tissues and experience what The New York Times called “an emotional firestorm” as the award-winning television and Broadway star brings down the house with his acclaimed cabaret show.

Arts are an integral part of PBS’ mission and programming priorities. During the 2014-15 season, PBS stations offered nearly 600 hours of arts and cultural programming. The PBS Arts Fall Festival is an annual cornerstone of PBS’ Friday primetime lineup, reaching more than nine million viewers last season, making PBS the largest arts presenter in the country and underscoring PBS’ ongoing commitment to offering audiences the best of the arts on-air and online, year round.

Funding for the 2016 PBS Arts Fall Festival is made possible by generous support from the Anne Ray Charitable Trust.

PBS continues to serve up arts programming throughout the year. Coming this fall, viewers get a backstage pass with full access to some of the most groundbreaking moments in recorded music when SOUNDBREAKING: STORIES FROM THE CUTTING EDGE OF RECORDED MUSIC comes to PBS, weeknights from November 14-23 at 10:00 p.m. ET. This eight-part series explores how cutting-edge technology combines with human artistry to create modern recorded music. SOUNDBREAKING was the last project produced by legendary music producer Sir George Martin. The series combines unprecedented access to some of the most celebrated music artists, producers and innovators with rare archival studio footage and an extensive musical soundtrack to deliver one of the most wide-ranging series on the art of music recording. SOUNDBREAKING features more than 150 exclusive and original interviews, including Paul McCartney, Ringo Starr, Joni Mitchell, Roger Waters, Linda Perry, Elton John, Debbie Harry, B.B. King, Annie Lennox and more. ART21’s series ART IN THE TWENTY-FIRST CENTURY features 16 exceptional artists. Highlighting four important hubs of contemporary art today — Chicago, Los Angeles, Mexico City and Vancouver — season eight, airing September 16 and 23, provides unparalleled access to the most innovative artists of our time, revealing how artists engage with the places where they live and work and how art allows viewers to see the world in new ways.

About the PBS Arts Fall Festival

PBS premieres its sixth annual PBS Arts Fall Festival on Friday, October 21, with host Lin-Manuel Miranda, creator and star of the Pulitzer Prize and Tony Award-winning musical Hamilton. The PBS Arts Fall Festival, which last year reached more than nine million viewers, is a cornerstone of the Friday primetime lineup, underscoring PBS’ ongoing commitment to give audiences the best seats in the house to watch arts performances on air and online. The festival presents diverse artists and performances from across the country, including programs from GREAT PERFORMANCES, LIVE FROM LINCOLN CENTER, and more. Most programs will be available online at video.pbs.org/ after their broadcast premiere. For more, visit pbs.org/pressroom.

PBS, with 350 member stations, offers all Americans the opportunity to explore new ideas and new worlds through television and online content. Each month, PBS reaches nearly 100 million people through television and nearly 33 million people online, inviting them to experience the worlds of science, history, nature and public affairs; to hear diverse viewpoints; and to take front row seats to world-class drama and performances. PBS’ broad array of programs has been consistently honored by the industry’s most coveted award competitions. Teachers of children from pre-K through 12th grade turn to PBS for digital content and services that help bring classroom lessons to life. PBS’ premier children’s TV programming and its website, pbskids.org, are parents’ and teachers’ most trusted partners in inspiring and nurturing curiosity and love of learning in children. More information about PBS is available at www.pbs.org, one of the leading dot-org websites on the Internet, or by following PBS on Twitter, Facebook or through our apps for mobile devices. Specific program information and updates for press are available at pbs.org/pressroom or by following PBS Pressroom on Twitter.