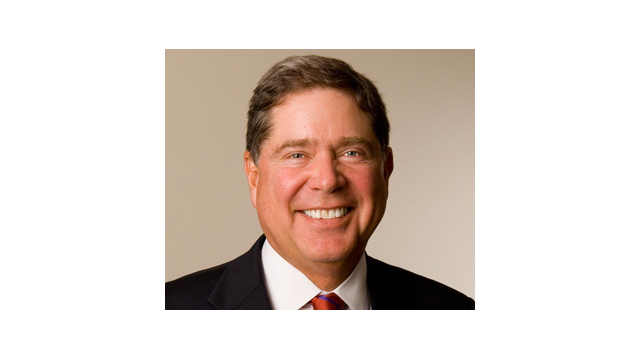 PBS Annual Meeting, Miami Beach, Fl., May 16, 2013 – PBS today announced that Alberto Ibargüen, CEO of the John S. and James L. Knight Foundation, is the recipient of the ninth annual PBS “Be More” Award, which celebrates individuals in public television who embody the spirit of helping Americans to discover more, to experience more and to “Be More.” The award was presented to Mr. Ibargüen by PBS President and CEO Paula Kerger at the PBS Annual Meeting in Miami Beach.

“Alberto truly embodies the spirit of the ‘Be More’ award,” said Kerger. “PBS applauds his commitment to informed and engaged communities, integrity and independence in journalism, and helping people reach their highest potential by ensuring that everyone has access to information that helps them understand more and be more.”

He studied at Wesleyan University and the University of Pennsylvania Law School. Between college and law school, he served in the Peace Corps in Venezuela’s Amazon Territory and was the Peace Corps Programming and Training Officer in Colombia, based in Bogotá. He practiced law in Hartford, Connecticut until he joined The Hartford Courant, then Newsday in New York, before moving to Miami.

A former Chairman of the PBS Board of Directors, Ibargüen serves as a member of the boards of PepsiCo, AMR Corp. (American Airlines), AOL, and the Council on Foreign Relations. He is a former chair of the World Wide Web Foundation, founded by Web inventor Sir Tim Berners­Lee to promote a free and universal Web. Over time, he has served on the boards of arts, education and journalism organizations, including Lincoln Center for the Performing Arts, Wesleyan University, Smith College and the University of Miami. He is trustee emeritus of the Newseum in Washington, D.C., where he served as board chair. He also served on the boards of the Committee to Protect Journalists and ProPublica. For his work to protect journalists in Latin America, he received a Maria Moors Cabot citation from Columbia University. In addition, Wesleyan University, The George Washington University, Mercer University and Stephens College have awarded him honorary degrees.

About PBS
PBS, with its over 350 member stations, offers all Americans the opportunity to explore new ideas and new worlds through television and online content. Each month, PBS reaches nearly 120 million people through television and nearly 28 million people online, inviting them to experience the worlds of science, history, nature and public affairs; to hear diverse viewpoints; and to take front row seats to world-class drama and performances. PBS’ broad array of programs has been consistently honored by the industry’s most coveted award competitions. Teachers of children from pre-K through 12th grade turn to PBS for digital content and services that help bring classroom lessons to life. PBS’ premier children’s TV programming and its website, pbskids.org, are parents’ and teachers’ most trusted partners in inspiring and nurturing curiosity and love of learning in children. More information about PBS is available at www.pbs.org, one of the leading dot-org websites on the Internet, or by following PBS on Twitter, Facebook or through our apps for mobile devices. Specific program information and updates for press are available at pbs.org/pressroom or by following PBS Pressroom on Twitter.