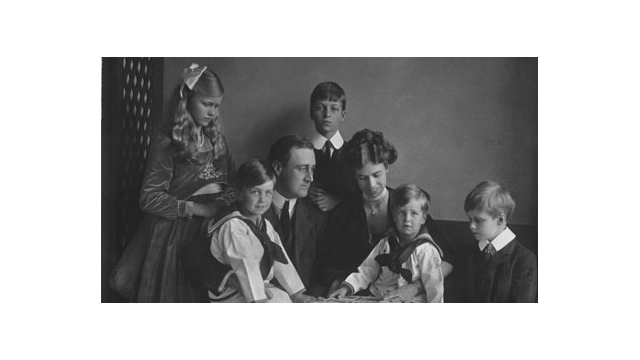 According to Nielsen Live +7 household data, across the seven nights of the series, THE ROOSEVELTS reached more than 33.3 million viewers who tuned to PBS member stations to watch. THE ROOSEVELTS had an average rating of 6.1 for all seven episodes (an average audience of 9.2 million P2+), making it the third highest-rated Ken Burns film following THE CIVIL WAR (1990) and LEWIS AND CLARK (1997). Among those households that watched THE ROOSEVELTS, the average time spent viewing per household was more than four hours (248 minutes).

The first episode of THE ROOSEVELTS, which premiered on Sunday, September 14, was among the most-watched shows that Sunday night, earning an average national household rating of 7.47 and an average audience of 11.7 million viewers (Nielsen Live+7 data). The episode beat most Sunday shows, including “Big Brother,” “Unforgettable,” the Miss America pageant, and others, including everything on cable that night. Just as important, episodic ratings were sustained throughout the week, with Thursday’s episode #5 scoring the second-highest household rating (6.5) and delivery (7.6 million P2+) of the series.

The week that episodes #2-#7 of THE ROOSEVELTS were broadcast represents the most-watched week (Monday-Sunday) on PBS in 20 years, since the week in 1994 that episodes #2-6 of BASEBALL from Ken Burns premiered.

In a first for a Ken Burns project, PBS made the entire 14 hours of THE ROOSEVELTS available for streaming for two weeks beginning the day following the premiere. Viewers could access all seven episodes through PBS stations’ video sites, pbs.org/theroosevelts, and PBS station-branded digital platforms, including ROKU, Apple TV and Xbox. The full episodes were streamed more than 1.85 million times, with one-third of the streams delivered via PBS’ over-the-top (OTT) apps. Further, THE ROOSEVELTS has been a best-selling title on Amazon, iTunes and ShopPBS.org.

“THE ROOSEVELTS was a national event that was shared by families from the east coast to the west,” said Beth Hoppe, Chief Programming Executive and General Manager, General Audience Programming, PBS. “Ken once again found in our country’s history a human drama that captured the attention of the entire nation. The series – and the conversation it triggered on social media – reflects our country’s ongoing interest in its history and its relevance to our times. We are thrilled that THE ROOSEVELTS reached such an enormous audience and applaud Ken and Florentine Films for their extraordinary work.”

“We slowly assemble these films in a studio in New Hampshire,” said Ken Burns. “So when we are able to touch a nerve, as we did with THE ROOSEVELTS, we are beyond thrilled. It is as if we are speaking to all of our fellow citizens through the complicated and rich past that we share. We appreciate greatly the response we’ve received and thank everyone who shared their thoughts with us. And we are most grateful to PBS and the member stations who worked so tirelessly to share this series with the public and to ensure all knew when and how they could watch.”

THE ROOSEVELTS ranked in Nielsen Social’s Daily Top 5 ranking for series and specials three out of the seven days it aired new episodes. The program generated over 3.6 million Twitter TV Impressions over the course of the week. (Source: Nielsen, 9/14/14- 9/20/14, Ranked on Unique Audience, New/live Primetime and Late Fringe episodes only.)

PBS, with its over 350 member stations, offers all Americans the opportunity to explore new ideas and new worlds through television and online content. Each month, PBS reaches nearly 109 million people through television and over 28 million people online, inviting them to experience the worlds of science, history, nature and public affairs; to hear diverse viewpoints; and to take front row seats to world-class drama and performances. PBS’ broad array of programs has been consistently honored by the industry’s most coveted award competitions. Teachers of children from pre-K through 12th grade turn to PBS for digital content and services that help bring classroom lessons to life. PBS’ premier children’s TV programming and its website, pbskids.org, are parents’ and teachers’ most trusted partners in inspiring and nurturing curiosity and love of learning in children. More information about PBS is available at www.pbs.org, one of the leading dot-org websites on the Internet, or by following PBS on Twitter, Facebook or through our apps for mobile devices. Specific program information and updates for press are available at pbs.org/pressroom or by following PBS PressRoom on Twitter.