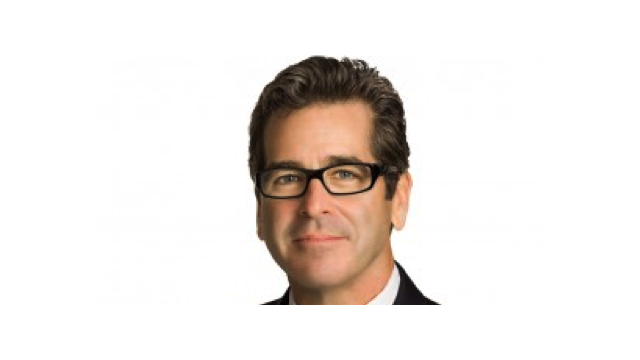 PBS ANNUAL MEETING, SAN FRANCISCO; May 15, 2014 – PBS today announced that Miles O’Brien, journalist and science correspondent for the PBS NewsHour, is the recipient of the 10th annual PBS “Be more” Award, which celebrates individuals who embody the spirit of helping Americans to discover more, to experience more, and to “Be more.” The award was presented to Mr. O’Brien by PBS President and CEO Paula Kerger at the PBS Annual Meeting in San Francisco.

A veteran journalist with more than thirty-two years in the industry, O’Brien has focused on making science and technology accessible, understandable and interesting for everyone.

“The best reporters are like the best teachers: curious about the world around them, and passionate about engaging people on the topics in ways that people can understand. No matter the subject, from spacecraft to aircraft and everything in between, Miles makes complex technologies and scientific concepts understandable and relevant to his audiences,” said Kerger. “Miles has also shown great personal courage and commitment to delivering the news to viewers, no matter the cost to himself, facing down the most challenging situations with a positive attitude.”

O’Brien recently made news after enduring a fluke injury that led to the emergency amputation of his left arm above the elbow. The incident occurred while he was on a reporting trip in Asia for the PBS NewsHour. Despite his life changing injury, he managed to write and produce a three part follow-up series on the Fukashima nuclear plant disaster that aired only three weeks after he lost his arm.

For nearly seventeen years, he worked for CNN as the science, environment and aerospace space correspondent and the anchor of various programs, including American Morning.

While at CNN, he secured a deal with NASA to become the first journalist to fly on the space shuttle. The project was shelved after the loss of Columbia and her crew in 2003 – a story he told to the world in a critically acclaimed sixteen-hour marathon of live coverage.

He has won numerous awards over the years, including a half-dozen Emmys, and a Peabody and DuPont for his coverage of Hurricane Katrina and its aftermath. Born in Detroit and raised in Grosse Pointe Farms, MI, he is based in Washington, DC. He has a son at the US Naval Academy and a daughter at Davidson College in North Carolina. He was a history major at Georgetown University.

The PBS “Be more” Award is an annual award that recognizes extraordinary individuals who inspire people of all ages to expand their horizons, to experience growth and adventure, to explore new ideas and to be more. Based on PBS’ award-winning “Be more” brand campaign, the award’s previous recipients are Ken Burns, Joan Ganz Cooney, Rebecca Eaton, Jim Lehrer, Bill Moyers, Fred Rogers, Neil deGrasse Tyson, Gwen Ifill, and Alberto Ibargüen.