In Exclusive Interview with Charlie Rose, Hamas Leader Khaled Meshaal Reveals What it Will Take to Return Peace to the Region 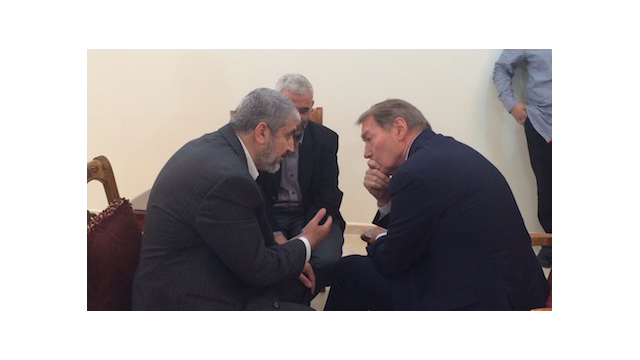 CBS NEWS to Air Excerpts from the Interview on FACE THE NATION WITH BOB SCHIEFFER on Sunday, July 27 and on CBS THIS MORNING on Monday, July 28

NEW YORK and ARLINGTON, VA; July 27, 2014—In a U.S. broadcast exclusive, Charlie Rose’s interview with Hamas leader Khaled Meshaal will be broadcast on Monday, July 28, at 11:00 PM ET/PT (check local listings) in a special presentation of CHARLIE ROSE on PBS.

Portions of the wide-ranging interview will be broadcast on FACE THE NATION WITH BOB SCHIEFFER today, Sunday, July 27 (10:30 AM), and on CBS THIS MORNING on Monday, July 28 (7:00 AM) on the CBS Television Network.

The PBS broadcast will be the only place to see the interview in its entirety.

Rose traveled to Qatar for the hour-long interview, where he spoke with Meshaal on July 26.

Portions of the interview will be available via CBS News and PBS digital platforms.