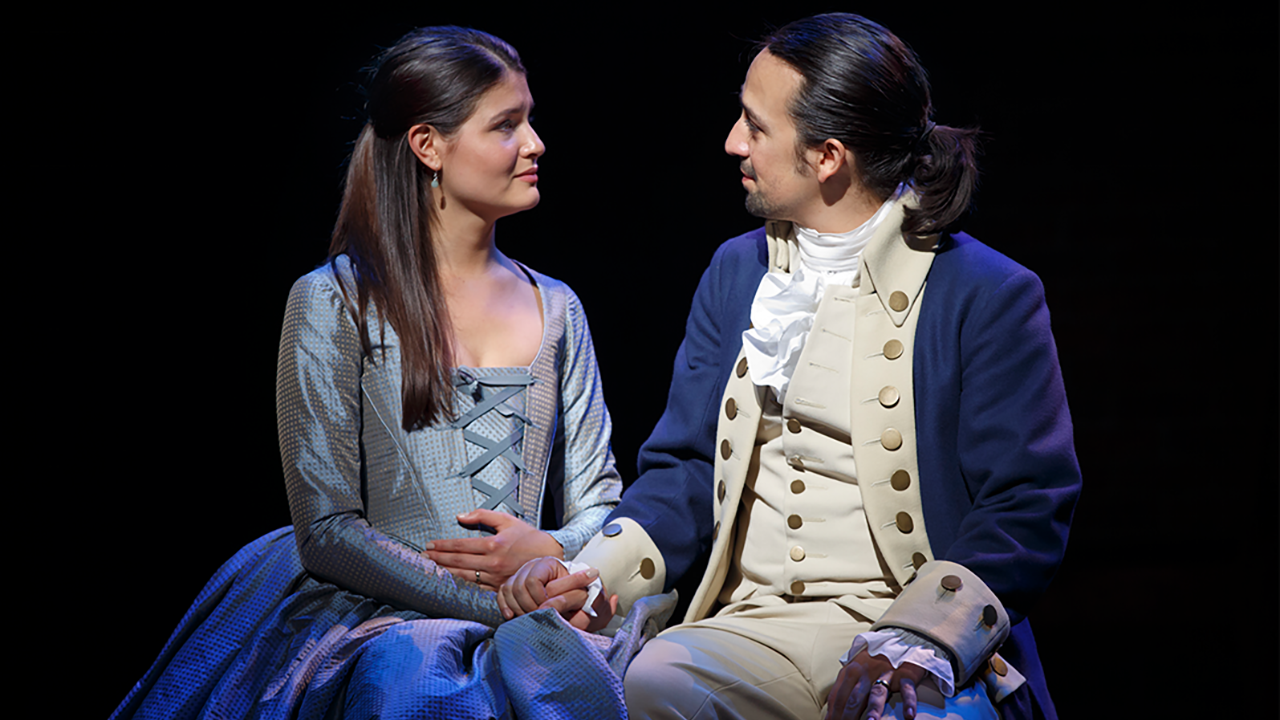 Produced by RadicalMedia, the performance documentary features scenes from “Hamilton” and interviews with key thinkers and artists

PASADENA, CA; January 18, 2016– PBS President and CEO Paula Kerger announced today at the Television Critics Association Press Tour that it will air HAMILTON’S AMERICA, a feature film documentary providing intimate access to Lin-Manuel Miranda and his colleagues during the two years leading up to the Broadway opening of the musical Hamilton. A contemporary perspective of Lin-Manuel Miranda’s revolutionary musical based on the life of United States Founding Father Alexander Hamilton, HAMILTON’S AMERICA will come to GREAT PERFORMANCES in the fall 2016, and will be a highlight of PBS’s Arts programming.

HAMILTON’S AMERICA is produced by Academy Award® and Emmy®-Winning producers RadicalMedia (What Happened Miss Simone?, Keith Richards:Under The Influence, In the Heights: Chasing Broadway Dreams for PBS).  The documentary combines interviews with experts and prominent personalities, new footage of the production in New York, and cast-led expeditions to DC, Philadelphia and New York.  Audiences will sit with Miranda as he composes songs in Aaron Burr’s Manhattan bedroom. They’ll take a trip to Virginia with Chris Jackson – the African-American actor who portrays George Washington – and watch him place a wreath on Washington’s grave, as he discusses the difficulty of grappling with our founders’ legacy of slavery.  Back in New York, Miranda and Leslie Odom, Jr. – who plays Aaron Burr – visit the Museum of American Finance to get their hands on some 19th-century dueling pistols and stage a quick re-enactment.

“PBS is thrilled to give viewers an exclusive behind-the-scenes look at this sensational—and sold out—Broadway musical,” said Beth Hoppe, Chief Programming Executive and General Manager, General Audience Programming, PBS.  “With this level of access to Lin-Manuel Miranda and his team, PBS continues to live up to our mission of giving viewers a backstage pass and a front row seat to the arts.”

“Since we presented ‘In the Heights: Chasing Broadway Dreams’ in 2009, we’ve been taken by Lin-Manuel’s unique talents and we’re honored to collaborate with him again on ‘Hamilton’s America’,” said David Horn, Executive Producer, “Great Performances.”  “The film will offer audiences a fascinating point of view as we witness first-hand Lin’s inspiration and creative process, as well as the lasting impact of Alexander Hamilton on our society today.”

“On behalf of the entire Hamilton cast and creative team, many of whom are In The Heights alumni, we are overjoyed to be returning to PBS in partnership with RadicalMedia with this project,” said Lin-Manuel Miranda, the creator, writer and star of Hamilton.  “We invited filmmaker Alex Horwitz into ‘the room where it happened’ a few years ago, and he’s captured parts of this journey no one has seen.  We can’t wait to share it, thanks to PBS.”

Hamilton was a poor immigrant who built himself up from nothing to become the architect of modern finance and one of the nation’s most vital authors, but his story was cut short by scandal and untimely tragedy. He was killed in a duel by Vice President Aaron Burr, and his contributions to modern society have largely been forgotten by today’s general public.

Today, Hamilton’s fan club is vocal and growing, and at the center of it is Tony®, Grammy® and Emmy®-winning composer and actor Lin-Manuel Miranda.

Hamilton opened on Broadway on August 6, 2015 to rave reviews and unprecedented advance ticket sales. The show is redefining how audiences learn about history--a history rife with issues as relevant today as they were during Hamilton's era.

Based on Ron Chernow’s biography, HAMILTON has book, music and lyrics by Lin-Manuel Miranda, is directed by Thomas Kail, choreographed by Andy Blankenbuehler, with musical direction and orchestrations by Alex Lacamoire.

Visit Great Performances Online at www.pbs.org/gperf for additional information about this and other programs.

About WNET
As New York’s flagship public media provider and the parent company of THIRTEEN and WLIW21 and operator of NJTV, WNET brings quality arts, education and public affairs programming to over 5 million viewers each week. WNET produces and presents such acclaimed PBS series as Nature, Great Performances, American Masters, PBS NewsHour Weekend, Charlie Rose and a range of documentaries, children’s programs, and local news and cultural offerings available on air and online. Pioneers in educational programming, WNET has created such groundbreaking series as Get the Math, Oh Noah! and Cyberchase and provides tools for educators that bring compelling content to life in the classroom and at home. WNET highlights the tri-state’s unique culture and diverse communities through NYC-ARTS, Reel 13, NJTV News with Mary Alice Williams and MetroFocus, the multi-platform news magazine focusing on the New York region. WNET is also a leader in connecting with viewers on emerging platforms, including the THIRTEEN Explore App where users can stream PBS content for free.

RadicalMedia has produced a number of films telling nuanced, multi-faceted stories including: the Academy Award-nominated Netflix documentary What Happened, Miss Simone? and the acclaimed Keith Richards: Under the Influence; the Academy Award and Independent Spirit Award-winning documentary The Fog of War; Grammy-winning Concert for George; Under African Skies, the Emmy Award-winning documentary examining the making of the groundbreaking and controversial Paul Simon record Graceland; The Ron Howard-helmed Jay-Z documentary, Made In America, Joe Berlinger’s Metallica: Some Kind of Monster, Paradise Lost 3: Purgatory and Whitey: The US vs. James J. Bulger. Television credits include Oprah’s Master Class, Iconoclasts, David Blaine: Real or Magic, Park Bench with Steve Buscemi; and for Great Performances, American Voices with Renee Fleming; Sting: When The Last ShipsSail and In The Heights: Chasing Broadway Dreams.