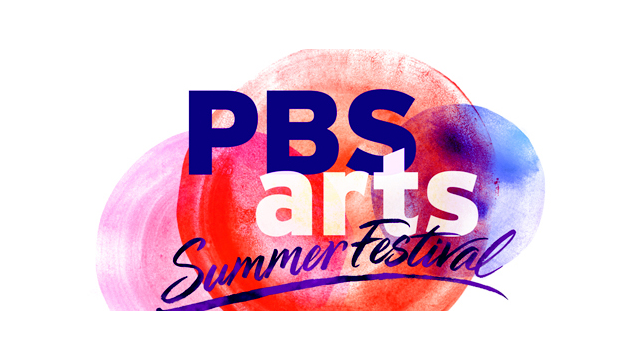 ARLINGTON, VA; April 26, 2012 – PBS announced today that the Tanglewood  75th anniversary gala concert, featuring many of the iconic artists identified with the fete, has been added to the line-up of the PBS Arts Summer Festival and will air nationally on Friday, August 10 at 9 p.m. ET as part of GREAT PERFORMANCES (check local listings).

Located in the beautiful Berkshire Mountains of western Massachusetts, Tanglewood is one of the world's most beloved music festivals and serves as the summer home for the famed Boston Symphony Orchestra (BSO).

“Tanglewood 75th Anniversary Celebration” will feature the BSO, the Boston Pops Orchestra and the Tanglewood Music Center Orchestra, under the direction of conductors John Williams, Keith Lockhart and Andris Nelsons.

“The BSO is one of the many great regional arts institutions to be featured on GREAT PERFORMANCES over its four decade history,” said David Horn, executive producer, GREAT PERFORMANCES. “GP has enjoyed a long association with the BSO and its summertime home at the Tanglewood festival, dating back to our extensive broadcast collaborations with Leonard Bernstein. We are delighted to return to Tanglewood for this 75th anniversary concert, which also represents a wonderful homecoming celebration for us.”

The Tanglewood concert is the seventh program in the PBS Arts Summer Festival, which includes documentaries from independent filmmakers that explore a wide spectrum of international art forms and offer an in-depth look at music, theater, art, architecture and cultural history from some of the world’s unique locations. Award-winning television, film and stage star Anna Deavere Smith will serve as weekly host for the Summer Festival, which begins Friday, June 29, 2012 at 9 p.m. ET (check local listings).

“Continuing on our commitment to bring the arts home for all Americans, we’re especially excited about the diverse and vibrant array of content this season viewers won’t find anywhere else,” said PBS Vice President of Programming, Donald Thoms. “From independent films featuring the art and architecture of the Middle East to the melodic sounds of South Texas mariachi musicians, the PBS Arts Summer Festival hosted by Anna Deavere Smith takes people beyond the spotlight of traditional arts programs, showcasing the scope of artistic mettle our world offers.”

Other PBS 2012 Summer Arts Festival programs were announced earlier this year, but the final broadcast dates are being released today.

The GREAT PERFORMANCES telecast of the “Tanglewood 75th Anniversary Celebration” is made possible by the Irene Diamond Fund, The Lillian Goldman Programming Endowment, the Anna-Maria and Stephen Kellen Arts Fund, the LuEsther T. Mertz Charitable Trust, Victor and Sono Elmaleh, The Starr Foundation, the National Endowment for the Arts and The Philip and Janice Levin Foundation.

For full season details about the 2012 Tanglewood season, including downloadable photos and video, program listings, artist photos and biographies and a Tanglewood 75 timeline and history, click here: www.tanglewood.org.

Details on the programs are below and are available at PBS Press Room: pbs.org/pressroom.

JOHN LEGUIZAMO'S TALES FROM A GHETTO KLOWN Broadcast date: Friday, July 13, 2012, 9:00 p.m. ET
This profile of actor/playwright John Leguizamo looks at his unorthodox rise to success, while capturing his struggles to mount his latest one-man Broadway show and giving viewers a behind-the-scenes glimpse at one of the industry’s most versatile actors.

HAVANA, HAVANA! Broadcast date: Friday, July 27, 2012, 9:00 p.m. ET
This music-documentary vibrates with the soul and energy of African-Cuban drummers, guajira guitarists, and the pulsing melodies of celebrated Cuban musician Raul Paz as he brings together fellow musical stars Descemer Bueno, Kelvis Ochoa and David Torrens for their first concert together for the Cuban people.

THE BARNES COLLECTION Broadcast date: Friday, August 3, 2012, 9:00 p.m. ET
For the first time, public viewers will get an exclusive look at Dr. Albert Barnes’ collection – thousands of magnificent works of art by some of the most famous names in art history, such as Picasso, Cezanne, Renoir and Matisse – and the new museum that now houses it.

ABOUT ANNA DEAVERE SMITH
Anna Deavere Smith is well-known to television audiences for playing Gloria Akalitus on Showtime’s hit series “Nurse Jackie” and Nancy McNally on NBC’s “The West Wing.” But she made her name first in theater, where her acclaimed solo works explore American character and its multifaceted national identity. She has won numerous accolades, among them two Obies, two Tony nominations and a MacArthur fellowship. In her theater work, Smith is known for looking at controversial events from multiple points of view. She is author of the acclaimed plays Twilight: Los Angeles 1992, Fires in the Mirror and House Arrest.  Her most recent, Let Me Down Easy – broadcast by GREAT PERFORMANCES on PBS this past January – tells the human side of the American health care story.

ADDITIONAL ARTS ON PBS AND PBS.ORG/ARTS
PBS Arts online includes content created specifically for PBS.org/arts, designed to complement the broadcast programs and to draw viewers with new original content. The acclaimed “Off Book” series of short documentaries covers art outside the mainstream and is currently in its second season.  Topics covered this season to date include The Art of Film & TV Title Design; Tattoos: Pop Portraits, Japanese Traditional, American Eclectic; and Animated GIFs: The Birth of a Medium.

CREDITS
Funding for the launch of PBS Arts has been provided by Anne Ray Charitable Trust, public television viewers and PBS.

About PBS
PBS, with its nearly 360 member stations, offers all Americans the opportunity to explore new ideas and new worlds through television and online content. Each month, PBS reaches nearly 123 million people through television and more than 21 million people online, inviting them to experience the worlds of science, history, nature and public affairs; to hear diverse viewpoints; and to take front row seats to world-class drama and performances. PBS’ broad array of programs has been consistently honored by the industry’s most coveted award competitions. Teachers of children from pre-K through 12th grade turn to PBS for digital content and services that help bring classroom lessons to life. PBS’ premier children’s TV programming and its website,pbskids.org, are parents’ and teachers’ most trusted partners in inspiring and nurturing curiosity and love of learning in children. More information about PBS is available at www.pbs.org, one of the leading dot-org websites on the Internet, or by following PBS on Twitter, Facebook or through our apps for mobile devices. Specific program information and updates for press are available at pbs.org/pressroom or by following PBS Pressroom on Twitter.