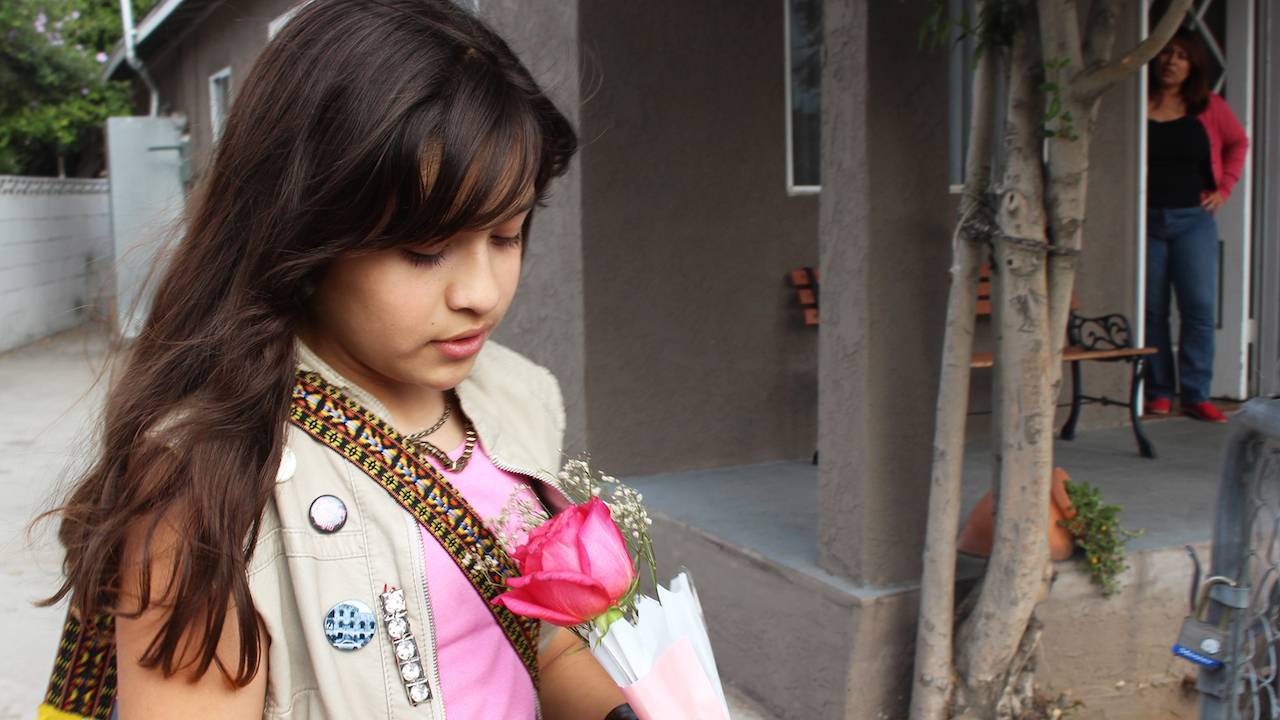 Arlington, VA; August 9, 2016 – Two winners were announced today for the fifth annual PBS Online Film Festival. The film that took the “People’s Choice” top honor was “GoldStar,” a film presented by Latino Public Broadcasting (LPB), centering on a young girl who dedicates a love song to her teacher and the ensuing homophobic reactions from school officials and her mother. The Twin Cities PBS short film “Artist Day Jobs: Emily Lynch Victory,” a profile of an artist who cracks the code of complex math in her paintings, was the most viewed of the 25 short films screened online.

From July 11 - July 29, viewers voted for their favorite film and for the first time ever could vote by logging onto their Facebook or Twitter account and sharing their favorite film titles using #PBSolff. The films were available via PBS and station digital platforms, including PBS.org, YouTube and PBS social media channels; and via the PBS app on iOS, Android, Apple TV, Roku and FireTV devices. The films amassed more than 4.5 million views combined, up from 400,000 views in 2015, with Facebook being the most-used channel to view and share.

“PBS would like to congratulate Latino Public Broadcasting and Twin Cities PBS on their wins in this year’s Online Film Festival,” said Ira Rubenstein, Senior Vice President and General Manager, PBS Digital & Marketing. “PBS and our member stations are committed to sharing important stories from filmmakers across the country that inspire conversation, and utilizing our digital platforms to educate and engage. This year’s festival was seen by our largest audience ever, so to all of our producers, I’d like to offer my sincere congratulations on an outstanding showing.”

“GoldStar” follows Iliana, who dedicates a love song to her teacher during an elementary school talent show. The ensuing homophobic reactions from school officials and her mother taint the experience, but despite the disastrous evening, Iliana finds solace and faith with friends. The film was directed and written by Karla Legaspy, thecompany co-producer of AdeRisa Productions, whose feature film “Bruising for Besos” world premieres this summer. She is also the co-founder and director of programming of the Latin@ Queer Arts and Film Festival/Cine Arte Film Festival—the only Latino Queer festival in the nation.

This week, two additional films from Latino Public Broadcasting will be available for viewing. “Drowning” follows an overweight high-schooler, Gabe, who must decide whether to remain in the shadows or finally stand up when his dream girl becomes the target of the school bully. “VÁMONOS” tells the story of Hope, who after the death of her girlfriend, Mac, must overcome personal grief and homophobic hostilities from her girlfriend’s mother in order to respectfully send her off into the afterlife. For more information, visit PBSindies.

All 25 films from the festival are available for screening through the end of the year via PBS and station digital platforms, including PBS.org, YouTube and PBS social media channels. The films are also available via the PBS app on iOS, Android, Apple TV, Roku and FireTV devices. More information about the PBS Online Film Festival can be found at pbs.org/filmfestival. The festival is also on Twitter at #PBSolff.