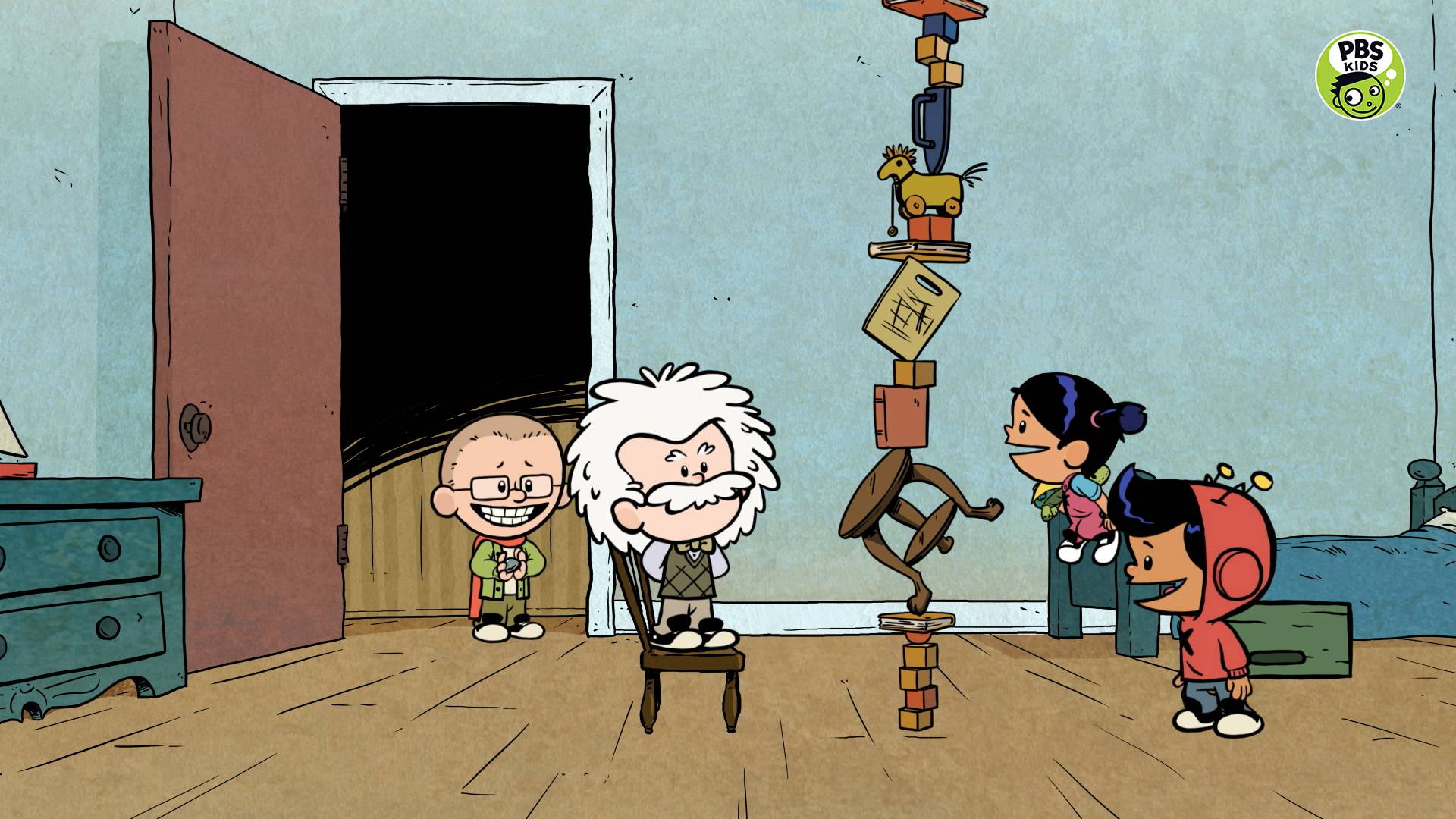 “At PBS KIDS, our approach is deeply rooted in the belief that every child has unlimited potential,” said Linda Simensky, Vice President, Children’s Programming, PBS. “We’re thrilled to extend this mission with the debut of XAVIER RIDDLE AND THE SECRET MUSEUM. With Brad Meltzer’s vision, the series will reinforce the idea that anyone can accomplish amazing things. Introducing our young viewers to iconic figures that have done just that will help them realize that they too can change the world.”

The series follows the adventures of Xavier Riddle, his sister Yadina and their friend Brad. In each episode, they face a problem and turn to the Secret Museum, a hidden room under an ordinary museum, to help them solve it. The museum allows Xavier, Yadina and Brad to travel back in time to meet real-life historical figures when they were kids. They witness pivotal moments that shaped each of these iconic people and learn social-emotional lessons – such as being resilient in the face of adversity and making and accomplishing goals. Each episode is designed to help viewers make the connection between the attributes that made each historical figure a hero, and those same attributes within themselves, while approaching history in an engaging, age-appropriate manner.

“For me, XAVIER RIDDLE AND THE SECRET MUSEUM isn’t just a show – it’s my dream for my daughter and my sons,” said author Brad Meltzer. “My dream is for all of us to witness how the most ordinary person can become truly extraordinary through their actions. I want to show kids that there is potential in each of us. Every hero in the show was once a kid – smart, curious and full of adventure – just like them. They too can be heroes.”

“XAVIER RIDDLE AND THE SECRET MUSEUM is a truly special show that will inspire kids to believe they can change the world. I can’t think of a better way to empower the next generation,” said Vince Commisso, President & CEO of 9 Story. “Brad and Christopher’s bestselling book series Ordinary People Change the World inspires kids and parents alike, and we’re thrilled to bring their Xavier concept to new audiences on PBS KIDS and around the world via an animated series.”

Each episode of XAVIER RIDDLE AND THE SECRET MUSEUM will include two animated 11-minute stories with accompanying interstitial content. The series is currently in production of 37 half-hour episodes and a one-hour special.

Produced at Brown Bag Films’ Toronto studio, executive producers on the series are Vince Commisso, Brad Meltzer, Christopher Eliopoulos, Fonda Snyder and Rob Weisbach. The series is directed by Cory Bobiak (Peg + Cat), with Meghan Read (Dot,Dino Dan) in the role of executive story editor. The look of the show is based on Christopher Eliopoulos’ illustrations featured in the Ordinary People Change the World series.

About the Ordinary People Change the World Series
Inspired by his love of history, #1 bestselling author Brad Meltzer was determined to give his kids better heroes to emulate. Teaming up with award-winning artist Christopher Eliopoulos, they created the Ordinary People Change the World nonfiction picture book series that focuses on the traits kids can aspire to in order to live heroically themselves. With over 2.5 million books in print, including titles like I am Amelia Earhart, I am Abraham Lincoln, I am Rosa Parks, I am Jane Goodall, and their newest, I am Neil Armstrong, their series from Dial Books for Young Readers sits on the shelves of children nationwide.