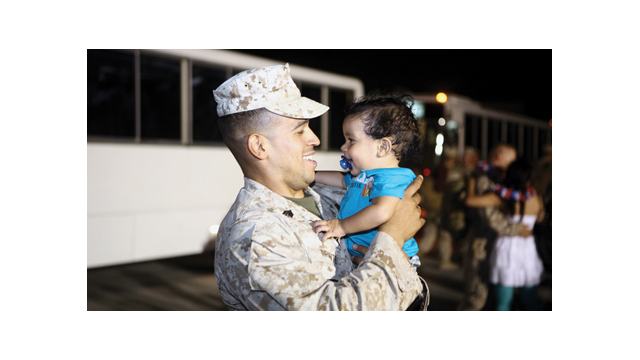 LOS ANGELES, CA; AUGUST 6, 2013 – Today at the Television Critics Association meeting, PBS announced the premiere of COMING BACK WITH WES MOORE, a three-part special that personalizes the experiences of returning veterans and celebrates the lives of this group of exceptional people. The special, hosted by combat veteran and New York Times best-selling author Wes Moore, is slated to premiere in May 2014 on PBS.

“As a nation coming off of two of the longest wars in our history, we need to consider what deployment means to the men and women who have left their home lives behind in service to their country,” said Wes Moore, executive producer at Omari Productions and series host. “While the challenges our veterans face are real, the talent, character, and dedication to service that their return presents to their communities are just as potent. This series will highlight some of these national treasures and what they mean to our future.”

“CPB is proud to invest in programming that is important to the American people,” said Pat Harrison, President and CEO of CPB. “Wes Moore is a passionate leader and powerful storyteller, who can connect the experiences of our returning veterans with the challenges and opportunities they, and our nation, are facing as they transition from military to civilian life. In the coming months, public broadcasting stations will be sharing veterans’ stories and, working with key national and local organizations, helping to facilitate their transition.”

COMING BACK WITH WES MOORE tells the personal stories of returning U.S. veterans, the challenges they face readjusting to life at home and their courageous efforts to overcome obstacles in the quest to forge lives of meaningful service in their communities. The program adds touching and humanizing context to the reintegration process of our service men and women.

“We are honored to bring this important special to PBS,” said Beth Hoppe, Chief Programming Executive and General Manager of General Audience Programming for PBS. “COMING BACK WITH WES MOORE presents an intimate and honest look at the experiences of our veterans as they reintegrate into life at home after their service and sacrifice, and we’re fortunate to be able to share these remarkable stories with our viewers.”

The project showcases women and men who are finding solutions for change and growth in their own lives as well as in their communities. They're going back to school, starting businesses, speaking out publicly and running for office. These are powerful, surprising and emotional stories of veterans as they conquer their demons, regain strength and take leadership roles in their families, communities and nation.

Major funding for COMING BACK WITH WES MOORE is provided by the Corporation for Public Broadcasting’s Diversity and Innovation Fund, which supports content that engages diverse viewers and encourages the use of emerging technologies to reach new audiences.

POWDERHOUSE develops and creates original, award-winning programming for television and emerging media. It regularly creates content for PBS, Discovery, A&E, HGTV, Travel, History, Animal Planet, National Geographic, as well as other networks. Powderhouse and its team members have been recognized for excellence with many awards: The Directors Guild Award, and National Primetime and Daytime Emmys.