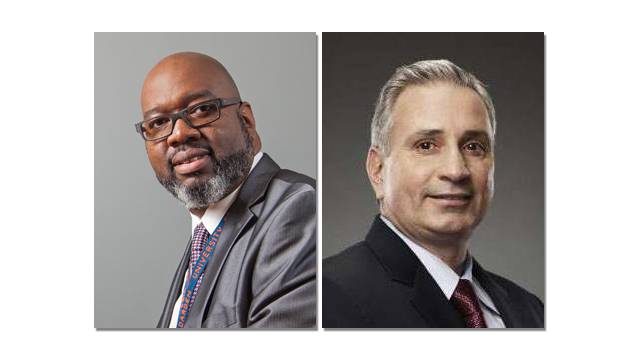 “Chris and Renard are both talented and dedicated professionals,” said Vecchi. “I rely on each of them to maintain PBS’ outstanding level of service reliability to member stations, focus on the needs of viewers, develop the next generation of talent in our organization, serve as leaders in our industry and help position PBS for the future. I am very pleased that they will be able to contribute even more to our exceptional team.”

In his new role of Vice President, Engineering, Homer will be responsible for the management of engineering and technical maintenance for PBS’ Network Operations Center, Satellite Operations Center and Media Operations Center. In addition, Homer will provide technical expertise and leadership on behalf of PBS throughout the broadcasting industry, specifically on the development of ATSC 3.0 and standardization of distribution file formats. He will also act as a key liaison to the Engineering and Technology Advisory Committee (ETAC) and lead the Technical Operations Standards Working Group of ETAC.

As Vice President, Operations, Jenkins will lead media operations and distribution at all PBS technical facilities located in Washington DC, Arlington and Springfield, VA. These sites include the operations of the Network Operations Center, Media Operations Center, Post Production Operations and Media Library, as well as the PBS Advanced Format Center at NPR. Jenkins will ensure that the operations team meets reliability goals for all content delivered by PBS through broadcast, over-the-top devices, subscription video-on-demand services and other platforms. He will manage operating budgets for the technical facilities and provide strategic direction on future capabilities and investments. In addition, he will serve as PBS’ representative to the UltraHD Forum, an international organization that focuses on the distribution of advanced format media.

Homer has spent more than 35 years in television engineering and operations for terrestrial and satellite broadcast, media operations, post-production, and studio operations. He joined the staff at PBS in 2013.

From 2006-2013, Homer served as Vice President of Broadcast Operations at DIRECTV, where he managed broadcast centers throughout the US. He was Chief Engineer in 1999-2006 for two Los Angeles based television stations during the digital transition (KWHY and KMEX). Prior roles include Vice President of Production & Post Production for Fox Broadcasting Company and working as an engineering support engineer for Harris Broadcast, Grass Valley Group and Digital F/X.

Homer has a Degree in Business Management and served in the United States Armed Forces as a Naval Avionics Technician. He is currently serving on the Board of Directors for the Advanced Television Standards Committee (ATSC) as chair of S34-5 Ad Hoc Group on Accessibility and on the Board of Directors for the Advanced Media Workflow Association (AMWA). Homer is an active member of the Society of Motion Picture and Television Engineers (SMPTE), the Society of Broadcast Engineers (SBE) and is a former Secretary and President of Los Angeles based Society Television Engineers (STE).

Jenkins has more than 30 years of experience in the television and film industry. In addition to his current responsibilities for the strategic direction and operational management of PBS’ media-supply chain, he also leads PBS’ Advanced Format Center at NPR. This is a collaborative venture between the two public media organizations as well as PBS member stations, vendors and manufacturers. The mission of the AFC is to explore and develop procedures for the creation, processing and worldwide distribution of 4K/UltraHD, High Dynamic Range content with Immersive Audio through traditional as well as new and exciting digital distribution platforms.

Prior to joining PBS in 2010, Jenkins helped design, build and then lead TV One’s Production Facility which services their marketing, programming, production management, graphics and post production departments. From 2006-2009, he refreshed, updated and managed Discovery Communications’ Technical Center, where he managed five departments and supervised more than 100 employees. While at Discovery, he also served as the operational lead for the implementation of what was then the largest file based Avid Editing/Interplay/ISIS system installation in the U.S.

Jenkins joined Discovery after more than 16 years with CNN. During his tenure, he received two National Emmy Awards, two National Headliner Awards, a Peabody, a DuPont, and a Bronze Broadcast Design Award, as well as many other industry accolades. Jenkins was responsible for helping move CNN into the file based editing/delivery/archive environment through his R&D/Training work with industry leaders such as Apple, Autodesk, Avid, Adobe, Leitch, Pinnacle, and Sony. His volunteer work with local youth in his beloved Bay Area also earned him a Healthy Image Award from the Local Teamsters Union.

Today, Jenkins serves as a DC regional manager of the Society of Motion Picture & Television Engineers, Co-Chair, of the UltraHD Forums’ Interoperability Working Group, is on the Board of Directors of the Washington, DC Chapter of the National Association for Multi-Ethnicity In Communications (NAMIC) and is a member of the PBS EEO committee.